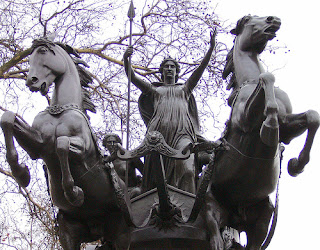 Tappe, Sherman and Crisis Magazine on Castro and Obama

Posted by Supertradmum
Christian Tappe in Crisis Magazine online, a link which is in my blog list, has a brilliant article on the losing of religious freedom in America and comparing it with what happened in Cuba. It is really on the mark.Tappe refers to a 1960  article by George Sherman. Why do we not learn from history? Here is a section:

To isolate rather than destroy. To allow worship…and nothing else. Sound familiar? It should.
President Obama began using the term “freedom to worship” in his speech at Fort Hood in 2009, less than a year into his presidency. And he and his administration have notably continued to use this language—as opposed to “freedom of religion”—a significant difference in terms.
Furthermore, unless the new HHS mandate changes, many Catholic hospitals (and possibly colleges) will either have to compromise the very beliefs that make them Catholic hospitals (or colleges) or shut down. Or serve only Catholics, thus accomplishing a major step toward Catholic “isolation.”
In his piece from fifty years ago, Sherman noted, significantly: “Priests are the first to admit that large sections of the population have little religious training.” In other words, Castro pounced when the Church was already weak. Many so-called Catholics likely didn’t notice any changes. They likely agreed with Castro over the Church on certain policies. And the faithful? Well the faithful, recognizing their reduced numbers and the potential dangers the Castro regime brought, were concerned . . . yet happy they were “allowed” to worship.
And, just like that, the Catholic Church in Cuba was reduced to a bunch of harmless, pious old church ladies. Catholics could still worship, sure. But the hospitals, orphanages, schools, etc. that were run by the Church were taken over by the state. Soon after, Christians were barred from participating in government.
Sound familiar?
The Church in America is weak. Secularism has been chipping away at it for decades. In recent years, many Catholic orphanages have closed after being cut off from public funds because they would not promote abortion, contraception, and the like. And we already know the precarious state of Catholic hospitals and colleges.
Sherman begins his piece with a warning that the Church and the Castro regime were quickly moving toward a clash, but that “Both sides are extremely reluctant to turn to all-out warfare.” He goes on to write, “For the government it is a question of tactics. . . . The position of the Church is much weaker. It is fighting for its life.”
Sherman’s observation was dire, terrifying, and prescient . . . and it still applies today. Perhaps the Church is stronger now in the United States than it was then in Cuba, but not exponentially so. The Church here is indeed struggling. The bishops, led by Cardinal Dolan, have spoken out, but then again, as Sherman tells us, two of the leading archbishops in Cuba “demonstrated publicly against Soviet influence.” 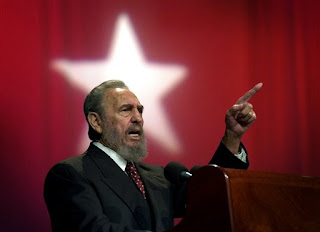 For the Obama administration, just like in Castro’s fledgling Cuba, it is merely a matter of tactics. How to isolate the Church without inciting a riot. It’s a line that Obama and his administration are toeing, and they’ve come close to crossing it with the HHS mandate. And yet they seem to have caught their balance, rallying the support of the media, the “public,” and even a depressingly high number within the Church.