Posted by Supertradmum
Brian Ross on ABC slandered a perfectly innocent man, totally unconnected with the Denver tragedy. He is no longer a credible journalist and should be fired. Here is the report http://www.newsmax.com/Newsfront/abc-tea-party-apology/2012/07/20/id/446067?s=al&promo_code=F87E-1

Posted by Supertradmum
I am very pleased to announce a guest blogger, JonathanCatholic, who will hopefully present us with yummy tidbits for Catholics hungry for the Truth on a regular basis. I asked him to join me, as a young, male perspective is helpful, of course, and because, even though he is a new Catholic (congratulations), he has excellent insights and writes well. We are in negotiations (lol) for him to blog on this post one day a week. 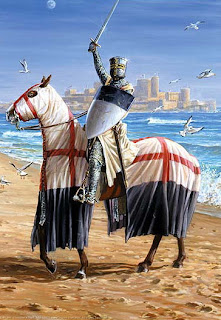 
On Protectors and Predators


On this blog, Supertradmum has been very helpful informing all of you, her readers, of the three divisions of male psychological development: Protector, Predator, and Peter Pan. I truly believe this three-fold division that the path of male development can take reflects a profound truth about the male mind, and I see this truth both in my life and in the world around me. This concept can hardly be overstated! It is vital to both men and women, particularly youth, to understand these categories, as it is never too late or too early for men to begin submitting to the perfect will of God in their lives and living as authentic men, Protectors, who have Our Lord Jesus Christ, His wonderful foster father Saint Joseph, and Saint Peter to model themselves after. All three were Protectors, Our Lord being so preeminently. We as men need women to encourage us in this endeavor, as mothers, sisters, and most powerfully, wives, have an incredible affect on us, changing us, becoming a part of us and how we think, just as Our Lady is intimately united to Our Lord.
In light of this truth, Supertradmum has graciously allowed me to write on this subject on her blog. I have in mind a two-part series, focusing on the particular classes of Protector and Predator. I have one particular Protector who I have met in my life that I would like to share with you as a model of how it is possible to live as a Protector in the West even today. That is my second topic, however. In this post I want to make note of a profound fact regarding all classes of masculine psychology, particularly the Predator: Societies, depending on their orientation to the Truth who is God, and their alignment to His will, will influence the formation of men toward one class of psychology or another. Take Christendom for example. Classically, Christendom in the West has taught men the essence of what it means to be a Protector: Responsibility, Duty, Chivalry, Protection of the Weak, the Honor of Women, Self-Mastery, General Virtue, the Art of Controlling one’s Strength, and masculine Self-Sacrificial Love. All of these factors play into what makes up a Protector, and they were thick in the air of Christendom for almost seventeen-hundred years. This didn’t make every man a Protector, but it did influence the development of them, and the man who accepted the Truths inherent in Catholic society did, to his degree of acceptance of these graces, develop into a Protector. The West has come a long way in a bad direction over the last century, however, and has retreated from masculine Christian ideal to a sort of decaying rot that is stuck somewhere between the dying embers of a Christian civilization and an unvirtuous pagan one. The West is above all things weak and milquetoast in our day, fostering neither strength controlled by the will working toward Virtue as is the Christian ideal of a man, nor all-out cruelty and bloodshed as often occurred in the Roman Empire, but rather, promotes a limp, irresponsible child of a man. In short, Western Civilization produces Peter Pans today. It positively excels at this dismal mission.
Contrast the state of our society today and its past with the state of the Islamic culture that is spread out through various countries in the Middle East, Africa, and Asia. This is very important to take note of, as it may very well be a prophetic fact that will influence future events. Islamic society is a society that has not become weak and milquetoast in its outlook. Whereas Christendom in days of old influenced men toward the role of Protector, Islamic society has always influenced men toward the role of Predator. Islamic society, where it exists in its fullness, has lost none of its potency in fashioning men into hardened Predators who rule their women, their families, and their societies without the Gospel Ethic of peace, gentleness, and honor that tempers the steel edge of the Catholic man’s soul. Just as in Christendom, Islam’s ability to shape men traces ultimately back to religion, which has always been in human history the single most powerful influence on society. In the Qur’an, the sacred text of Islam, there is a strong emphasis on conquest, strength, subjugation, and power, without the restrain which Christ places upon these attitudes in the Gospels in Christian Ethics and the balance which emulating Him brings to men. The document, as well as the religion, is oriented toward aggression, and this is echoed in fundamentally Islamic cultures. The Islamic society still encourages the development of boys into Predators, and this is unfortunate, since the West fell away from the Catholic encouragement of boys to grow into the Protector role.
I pray that the West rediscovers this common sense regarding the formation of men, the critical role that religion plays, and the danger still posed by the strong society of Islam. It is vital that we rediscover our identity that we have always held in the past, of authentic Catholic manhood, which develops Protectors who lay down their lives for their wives, their families, their communities, and their Church, in small ways and in large ways. As Saint Irenaeus said so perfectly, “The Glory of God is revealed in man fully alive.” We need men who are fully alive, not laid waste by the malaise of a Peter Pan mentality, or trapped by the false attractiveness of the Predator attitude, but men who are willing to first master themselves, and then pour themselves out on the narrow road of Virtue. It is only in this self-mastery and total self-giving that men can be fully alive, and conduits of Our Lord’s Life, in His Passion and Resurrection.

Posted by Supertradmum
By popular request, I am starting up the Perfection Series again. These are not all tagged but if you put "perfection" in the search bar, most will come up.

I want to focus on a chapter from Fr. Reginald Garrigou-Lagrange The Three Ages of the Interior Life. In Chapter 22, the great Dominican writes of "The Predominant Fault".The holy priest lists most of the obvious sins, but I want to highlight one, but in a different manner.

We know that Pride is most likely the worst of all sins and the primal sin. Garrigou-Lagrange writes extensively on pride, but also explains the defects that come from pride. These are presumption, ambition, and vainglory.

"Presumption is the desire and in ordinate hope of doing what is above one's power. The presumptuous man believes himself capable of studying and solving the most difficult questions; he settle the most abstruse problems with rash haste".

One of the characteristics of the presumptuous man is not to have a spiritual director. Another sign is the skipping of the long steps of perfection in one's mind and thinking that one is a holy mystic or on a higher level, instead of "building his interior life on humility, renunciation, fidelity to the duty of the present moment even in little thing..." 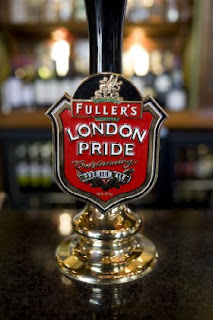 The author equates these tendencies with egoism, a very common sin. "He is full of self; a great void must be created in him in order that his soul may some day be filled with God and able to give Him to others."

Garrigou-Lagrange paints a picture of humans in 2012. Presumption leads to ambition. The desire to dominate and want power over others follows. Ambition opens to door, he explains, to intrigue and plotting.

Another result of pride is vainglory. The priest notes that boasting, hypocrisy, disobedience, stubbornness, contention, and defensiveness reveal this aspect of pride.

He goes on to write that "pride is the great enemy of perfection because it is the source of numerous sins and deprives us of many graces and merits."

But, the great Dominican does not leave us here, but gives us remedies.

First, one must meditate on the fact that "of ourselves we are not, that we have been created out of nothing by the gratuitous love of God, who continues freely to preserve us in existence; otherwise we would return to nothingness."

If we do have grace, he continues, it is only because Christ redeemed us through His Passion and Cross. 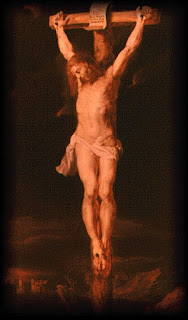 Thoughts for an early Saturday Morning on the Disappearance of Dioceses

Posted by Supertradmum
Now, I realize that most people do not want to think on the weekend. However, I have the backing, let us say, of Joseph Cardinal Ratzinger's God and the World. In the section on the Church, the Pope, then Cardinal, states that although the Holy spirit ensures that the Church will remain until the end of time, She, Our Holy Mother Church, may not be everywhere. Let us look at the passage:

There is not doubt that the Church gets tired. The Church can even become tired throughout an entire cultural area and even come to ruin there. The Apocalypse warns,, in the letters to the seven churches, which point to an example for the future: Watch out, or I shall take the lamps away. It is in fact the case that not only the flourishing Church in Asia, which was once the vibrant heart of the Church, but also the Church in North Africa vanished entirely beneath the tempests of Islam. Of course, the force applied by the conquerors, the repression of whole classes of society, played their part here; we don't want to make an oversimplified complaint against a tired Church. But still, this can happen.


The promise of Christ--"Behold, I am with you always, until the end of the world"--does not mean, in addition, that each and every diocese has the assurance that it will endure forever. It does mean, on the other hand, that the Church will be, until the return of the Lord, His special sphere of action, His organism, His Body, and His vine.


God is Just and Merciful.