Posted by Supertradmum
Wow, a six post day, as horrible news has been posted, that Weetabix has been bought out by a Chinese company. My son, who uses chopsticks almost daily, and who is not the man in the photo, may have to switch to porridge, which I eat daily. This all seems so weird.....

Sarkozy's one-liner, which I think won the debate... 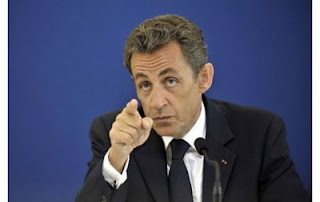 
However, Sarkozy has a problem in that Bayreau, the former centrist to the right, has come out in support of the socialist, Hollande. However, Sarkozy gave a brilliant talk today on the financial state of Europe. He seems more presidential than Hollande, and more responsible in economic matters than the idealistic socialist. Read this for the importance of this election, folks. And, read this article, which is like mine a few weeks ago.

and watch video on this site....as France goes, so goes Europe.

Thanks to the Popes, Socialism is Condemned

Posted by Supertradmum
May I add to this discussion on socialism and Catholicism, that all these ideas are found in the encyclicals of the great Popes for over one-hundred years. In addition, I think that many Catholics feel guilty about the poor and their own prosperity, and fall into socialism as a way of assuaging their own guilt. Charity is the call of the Catholic, not misplaced socialist feelings. I am very concerned, visiting friends in Malta, Ireland, France and England, that the socialist agenda has contaminated the Catholic psyche. Capitalism is practically a dirty word among some Catholics. I also discovered that some Irish in the republican movement are hard-line socialists and against the Catholic Church. If one studies the republican movement in Ireland, one sees this betrothal of socialism and republicanism early on, even by the middle of the 19th Century. I am grateful to these great popes for my lists. Popes Pius IX, X, XI, XII, Leo XIII, Benedict XV and XVI, John Paul II...Here is a great place to find little snippets from these wonderful, Godly men.

I did not look at this link for my list, but it is great and includes some of the same points, as we both get our information from the Teaching Magisterium of the Church. 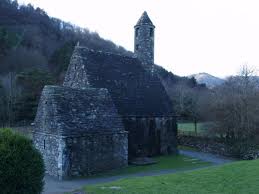 I have written these posts for M., S., C., G., J.,  and others with whom I have had this discussion. Tomorrow, I shall move from criticisms to the concrete solution against socialism; the Catholic Church and the real community of Faith.

Eleven: socialism destroys nationalism, cultural differences and the organic growth of a civilization, by imposing rules and ideals which deny religion and religious freedom. At first, socialism seems to be tolerant, but any group denying power to the State becomes a threat.

Twelve: socialism creates a bloated government, as all the projects and programs which should be in the hands of individuals or the Church, are taken over by government. Government then needs to suppress rights and privileges in order to protect and increase its own bureaucracy. Therefore, socialism is against grass-roots political movements and local government, which may contradict the socialist State.

Thirteen: socialism creates false dichotomies and false "wars" within society, by creating the language of class hatred and envy; such false hatred and wars as between haves and have nots, the rich and the poor, the educated and the uneducated, agricultural interests and those of the city, the workers and the academic elite, the blue collar and white collar workers, the Church and the State, etc. Then, the State claims that it is the only institution which can solve the problems creating by these false wars. Such heresies as Liberation Theology, Black Liberation Theology, etc. thrive in a socialist milieu.

Fourteen: socialism in denying initiative, Point Four, destroys creativity in the liberal arts, which are not utilitarian. Education becomes a way of creating good citizens and the dependent underclass instead of a way to teach people how to think. As religion is suppressed, so are the liberal arts which feed religion in a mutual encouraging of the studies of language, literature, history, the arts, philosophy, etc. Educational systems exist for the State and not for the individual.

Fifteen: socialism creates the cult of the leader or the cult of personality in leaders, on purpose, as those people are the only ones who supposedly can overcome the false wars created by the false dichotomies listed above. A cult of personality is needed in a socialist state which rewards mediocrity in leadership and undermines true, thinking leaders. There are many examples of this in various socialist and wannabee socialist states today.

Sixteen: socialism fears the Kingdom of God within, as it is a spiritual reality and also an institutional reality, as Christ instituted His Church on earth. Therefore the Church is the single-most enemy of the socialist State. The window of St. Joseph of Arimathea is above, a rich man who brought the Gospel to Britain. His knowledge of the Kingdom of God crossed the lines of empire, wealth, missionary activity, etc. all things a socialism government cannot but desires to control.

Seventeen: socialism, as utilitarian, uses other political, even religious movements to gain power and then discards those fair-weather friends once it is in power. For example, in the name of tolerance, a socialist party may appeal to immigrants, minorities, etc. especially against the hierarchy of the Church, as in the case of using the Islamic vote in France, while all the time not believing in the spiritual life or spiritual history at all and merely taking advantage of those in need, either perceived or real, in order to gain power. The irony is that as socialist really do not believe in the spiritual reality, but only the material, they sometimes underestimate the power and zeal of those they use.

Eighteen: socialism denies the need or pursuit of personal virtue, as all virtue resides in the State and the glorification of the State. The State becomes God, and therefore only those virtues which uphold the State are valuable.

Nineteen: progressivism, the heresy which believes that men and women are improving in body and mind, merely because of history and evolution, is a core belief of some socialists and part of the materialistic point of view. As there is no such thing as Creation by God, humans will change and improve under some type of utopian government, similar idea to Point One, but more sinister, and more pragmatic, as this leads to the Darwinian idea of the best of the species being preferred. Also, connected to Point Eight.

Twenty: socialism encourages conformity and tolerance of all things, including immoral and amoral behavior, such as homosexuality, and this tolerance becomes the rule, as religion is downgraded, As the philosophy of socialism is materialistic, denying a spiritual reality or the spiritual goal of the afterlife, by emphasizing the here and now, all behaviors are acceptable as being pleasurable. The State means the goal of all activity and therefore, personal morals and personal ethics are not important. The emphasis on pleasure also is connected to Point Nine, as those pursuing pleasure do not have time to work, and be creative.

I am adding one more, which is connected to several points above.

Twenty-one: socialism, as completely materialistic, denies the efficacy of suffering. Suffering is always bad and it is the duty of the State to control happiness and contentment, so that no one who is useful suffers.
Personal holiness through suffering is denied as a goal, as there is not spiritual life, only the material.

One Cannot be a True Socialist and a Catholic

OK, I know that Faith is a gift and that wanting to understand the teachings of the Church is also a grace. However, I am still trying to convince some acquaintances and friends as to the fact that one CANNOT be a true socialist and a Catholic. Those who are strong republicans, as in republic, not GOP, fall into these common logical fallacies regarding socialism. Here are a few bullets, which I hope help those who are either confused, or worse, working for socialist parties. This is not an exhaustive list. I have typed this list many times, and the Internet has gone down and destroyed my work several times. I am trying to rewrite these important points.There are twenty points. I shall write out ten and then another ten.

One: socialism is based on the false idea of a kingdom of man on earth, normally called utopianism. This false ideal denies Original Sin.

Two: socialism assumes that God does want all people to live in an equal status. We are not equal in property, money, assets, by God's Will.

Four: socialism destroys personal initiative. Obviously. Without personal goals, even material ones, people do not strive for excellence.

Five: socialism states that the individual person is only materialistic and that all goals of a government are for material welfare, denying the soul and the ultimate goal of eternal life.

Six: personal charity is the rule of the Church, not governmental charity. It is the duty of every Catholic to personally help those in whatever need and not assign charity to governmental projects, programs, etc.

Seven: socialism denies that the family is the center of social life. The State becomes the central focus of life and the family rights and privileges become subservient to the State. This leads to legislation regarding family planning, education, abortion and so on.

Eight: socialism is utilitarian (which is connected to the utopian ideal) and the weak and the vulnerable are no longer considered important if they cannot support the State. This may seem opposite to the ideal that the State wants to create a society of dependence, the next point, but the two are both held as ideals.

Nine: socialism creates an underclass of those completely dependent of the State, which is a type of slavery. As these people totally depend on the State for all their needs, they will not be critical of the State.

Ten: socialism creates its own elite, while hating and undermining other hierarchies, such as the Church, which it sees as a threat to its materialistic gospel. 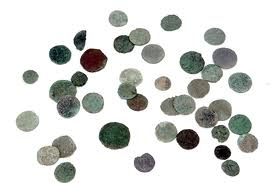 Another Courageous Bishop-Pray for Him and Others Like Him

Posted by Supertradmum
Courageous Priest, a great website, has this Bishop highlighted this week. “If this goes through there is nothing to stop the government requiring faith communities to cover abortion in their insurance packages,” Oakland Bishop Salvatore Cordileone told Vatican Radio.