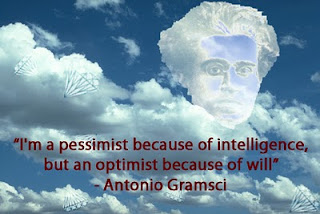 It is interesting when reading Marx, Gramsci and other communists, that the Church is referred to as the greatest conservative force in the world for values which form the social structures.

How did the Church in the West move away from this heritage of conservatism? The latest crisis in the Church in Austria, in which a Catholic Cardinal moved away from the conservative position on morals as taught by the Church, demonstrates how far the leadership, that is cardinals and bishops, have left this conservatism for a supposed pastoral yet blatantly relativistic stand concerning many issues. Cardinal  Christoph Schönborn, the cardinal archbishop of Vienna has publicly created a scandal concerning the gay lifestyle of so-called Catholic gays.


That the writers who despised the conservative Church of the 1920s-1930s saw the Church as a power which could conserve society and appeal to the spiritual rather than material life of people demonstrates that some Church leaders have fallen from a great height of virtue and the teaching of virtue to the acceptance of a sinful status-quo.


I repeat that Church leadership needs to be intellectually keen, skillful, and clear in the market place. Seminary training is not preparing the next generation of priests to deal with a godless world, a world of atheism and communism. Too many of the courses are based on a particular professor's private interests instead of a Catholic world-view. Our priests, bishops and cardinals need to learn to think like Catholics and in too many cases, this perspective is missing or, at best, naive.


When Gramsci writes that history is pushed, even created by an intellectual group, outside of the class system, he is correct in so far that the flux of history moves with political and revolutionary ideals, although not entirely so. That the leaders of the Church seem not to understand what Gramsci and other revolutionaries know, even the Saul Alinksy group of grass-roots activism, is that people want and need a system of thinking, a political philosophy which is great than themselves in order to work for an ideal.


The Catholic Church has The Ideal, the real deal in Christ's Redemptive Action on the Cross and the historical reality of the Resurrection. And yet, what we laity are witnessing is a horrendous lack of Catholic philosophical teaching which allows people to understand why dogmas and doctrines are held by the Church. Those in the media spot the soft-underside of the anti-intellectualism in the Church, which I know from experience, is still the educational basis for priestly formation in America. Thankfully, this anti-intellectualism is not as widespread in Europe, but last week we witnessed an example of a cardinal betraying the teaching of the Church because of false intellectualism. Schonborn did not respond like a Catholic, but like a politician in his decision. To be politically correct is NOT to be the conservative Catholic one needs in leadership at this point in history.


Gramsci and others like him saw the rise of Thomism and Scholasticism in response to the Marxist intellectualism which has taken over the thinkers, economic and social, of Europe today, and soon, America, as something to address.  Those who were following the trends in the Church saw Maritain and his like as addressing the universal, philosophical questions of politics and social issues, so missing from today's Catholic hierarchy, outside the Pope.


Where are the modern Fathers of the Church? Where are the Augustines, Aquinas-es, Mores and Bellarmines? Missing. I venture that the low level of graduate seminary training in the States, which is basically anti-intellectual, because it is very Protestantized, has ruined, or prevented the establishment of an intelligent clergy capable of defending, and more so, spreading the Gospel in a world of pagan philosophy and communism.


Unless we argue for the Faith at this level, the Church will be farther marginalized. The pastoral approach to the Faith does not work in a world of intellectuals who continue to challenge the lack of leadership in the Church. Maritain and Gilson had to address the tyrannies of Europe, communism and socialism, and apply Neo-Thomism to those great irreligious movements, recognizing that those who believed in such held their beliefs as religious people and considered themselves "martyrs" for the cause. Even today, many Gramsci scholars continue to "canonize" him as a saint of the material order.


The Neo-Thomists were criticized for their involvement in political questions. But, this is what the Church needs now. If a cardinal, bishop, or priest are not conservative, they are not Catholic. Catholicism gives us a world-view which is all encompassing. Those who step outside this world view are heretics at worst and intellectually lazy at best. Gramsci saw communism as the ideology which would create a new world structure which was all encompassing through consensus. He saw that this ideology was all inclusive, that is, informing all levels of finance, culture, education, family life. He called Marxism the means to an "integral, practical civilization". The Truth is that this is what Catholicism provides. Unless our churchmen really believe this and compartmentalize the Faith as they have been doing, bad seminary training will continue and the Church is daily weakened from within.


I actually had some Catholics say to me two weeks ago, "Isn't communism dead in Europe?" I could not believe the naivete of this question. We are desperate need of Catholic intellectuals who are also priests, bishops, and cardinals. We need, as Catholics, to stop being stupid.

Posted by Supertradmum
People with this malignantly narcissistic defect completely reject the needs of the individual and enslave him or her to the service of their IDEAL. Eventually, the enslavement--whether religious or secular--snuffs out human ambition, confidence, energy, self-esteem, and life. These mindlessly malignant "do-gooders" do far more harm than good and their ideologies can lead to genocidal practices and unbelievable atrocities on a grand scale, all in the name of an IDEAL or GOD.At least the selfish narcissist is limited in the chaos and havoc he wreaks. But, the "really destructive maniacs of this world" are the ones who do it for your own good.

The Night Sky in Chavagnes 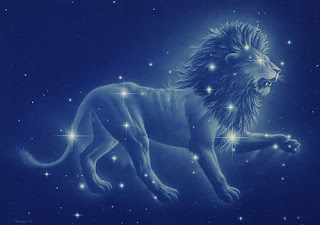 When one is in the south of England, one cannot see the number of stars that one can see in the countryside, especially the countryside around Chavagnes. During two nights, I saw the Space Station twice, and a number of deep sky objects not normally seen in more built-up areas. 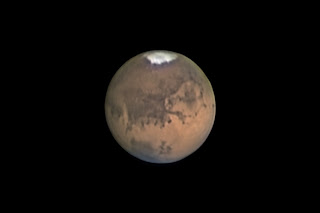 As it is raining today, and the area needs rain, I most likely will not be sky gazing. Here is a bit on the April sky. Remember the Lyrids, the great meteor shower of the Spring, coming up towards the end of the month on the 22nd. See my post below as well. There was another numinous moment for me last week, seeing Mars and hearing the Nightingale at the same time. From Keat's Ode... 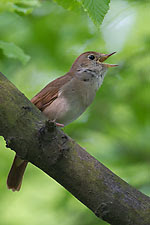 Thou wast not born for death, immortal Bird!     No hungry generations tread thee down; The voice I hear this passing night was heard     In ancient days by emperor and clown: Perhaps the self-same song that found a path     Through the sad heart of Ruth, when, sick for home,         She stood in tears amid the alien corn;                 The same that oft-times hath     Charm'd magic casements, opening on the foam         Of perilous seas, in faery lands forlorn.