When the BBC gets it wrong... 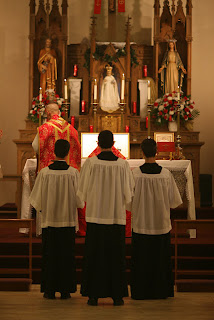 In the BBC News Magazine today, Eamonn Walsh has an article on why men become Catholic priests. He interviews a very interesting not-so-young man about his vocation. Of course, the author has to bring up the abuse scandal, which absolutely has nothing to do with the drop in vocations. Only those who understand what the Faith is truly about, a love relationship between God and a person called by God to be a priest, can really write an article on vocations. A Catholic priest is not called merely because he wants to serve people, which is one of Walsh's main points. A social worker, doctor, or teacher can do that. The lack of vocations has nothing to do with the abuse scandals, either, but about the selfishness and relativism of so many parents, who no longer encourage their sons to be priests. The lack of priests reveals the weakness of the Catholics in Great Britain. A healthy Catholic community produces priests. I know of one parish in Michigan in the States with twenty-four vocations. Vocations come from the home, from strong parenting, from prayer, and a Catholic identity in the family. That those who write about vocations do not understand this is symptomatic of the times and their own ignorance of Catholicism. 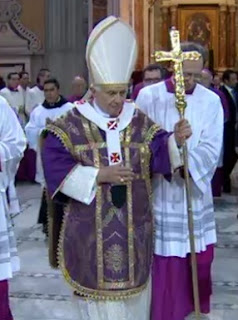 I realize that the subject of celibacy seems a mystery as well to most people in this over-sexualized world. Again, the lack of appreciation that a celibate call is about relationship to God stems from the fact that those writing about such things obviously do not have that intimate love relationship with Jesus Christ, Who calls each one of us to some sort of vocation.

Only in the love of God and the pursuit of holiness are vocations understandable. A vocation is not just another job. It is who one is. A priest receives an indelible mark in his Sacrament of Holy Orders, which sets him apart from other human beings. He is ontologically changed. He is an alter Christus, another Christ. He is no longer James, or Robert, or Anthony, but a Man of God, in the Apostolic Succession, which is the unbroken line of priestly vocations all the way back to the Twelve Apostles. I am glad that some journalists attempt to interview and understand why men go into the priesthood, but Mr. Walsh got it wrong. 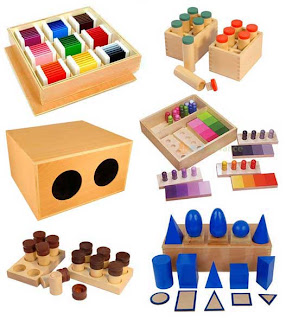 The Importance of the Vatican State

Posted by Supertradmum
It is crucial for the entire world that the Papacy remains independent of any other country or nation. St. Thomas Becket knew this. St. Catherine of Siena knew this, which is why she begged Pope Gregory XI to leave Avignon, and she succeeded, as the Holy Spirit was guiding her and him. Since I have set up this blog again, I have had the national anthem of the Vatican Papal State on the right-hand side to show my support for the physical nation which is the heart of the Catholic Church. As Catholics, we have always believed in the "visible Church", decrying the ultra-Protestant idea of the "invisible Church" as a heresy. Last week, David Quinn's article on Mirror of Justice, a site which I have on my blog list, eloquently reviews the importance of the Papal States. Here is a section of Quinn's argument, which is timely, most timely: 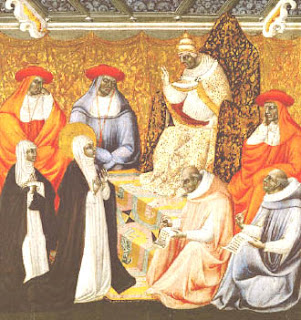 The reason the Papal States evolved was to try and preserve the independence of popes although even these couldn't always offer protection because rulers could still invade them if strong enough, as Napoleon did.

One reason the popes opposed the unification of Italy was because they feared that if the Papal States were destroyed so would their independence. They feared they would be dominated by the new Italian state.
After a standoff lasting several decades, Mussolini agreed to recognise the independence of the Holy See, the successor to the Papal States.
The reason the Holy See seeks diplomatic ties with as many countries as possible is to solidify the place of the Holy See in Italy -- something that couldn't be taken as a given for a long time -- and to solidify its place in the world.
The alternative to an independent Holy See is a pope who lives in the Italian state and is subject ultimately to the whim of the Italian state and to whatever laws it passes. The possibility of a strongly anti-clerical government being elected in Italy in the future can never be ruled out, nor can the passage of politically correct 'human rights' laws such as exist in places like Canada where the simple expression of church teaching on issues like homosexuality could end up being deemed a 'hate crime'.
There is more good stuff at Mirror of Justice, which, in these times of certain tyrants pushing the envelope against religious freedom, is a great site to check out daily. Remember that many of the martyrs died for the independence of the Papacy, and the list is long. St. Thomas Becket, pray for us. 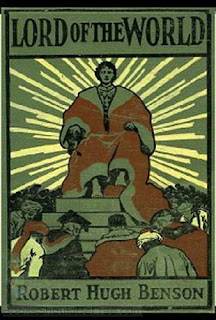 I have suggested before here, all reading Robert Hugh Benson's Lord of the World, for another perspective on the importance of the independent Papacy, until the end of time.

Email ThisBlogThis!Share to TwitterShare to FacebookShare to Pinterest
Labels: l, to be Christ in the world

Irish Media Wakes Up: When Will the French Media See the Difference? 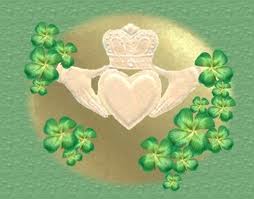 I have written here about the youth across America and Europe living with parents. I have written about the high jobless numbers of youth 18-35 in these areas, and specifically in Ireland and Great Britain. Today, the Irish Times online has highlighted the newest plan of the Obama Administration to break up traditional ties with European, pointedly, Irish society by imposing a higher tax for overseas American coorporations. There are, according to the article here, six-hundred American companies established in Ireland which hire the Irish, including youth. I see hundreds of unemployed Irish youth daily. Thousands are living at home, like adolescents. Some are in government housing. The problem exists in America as well, as even the Irish paper online has noted. But, behind the Obama move to make life more difficult for the Irish is his systematic undermining of traditional relationships with European countries, at the expense of good will and commerce. From the article:

A US economist and tax expert who recently gave evidence to the ways and means committee in the US House of Representatives, Martin Sullivan, told The Irish Times last night that Ireland had benefited more than any other country from the fact that US corporations don’t pay US tax unless they repatriate their profits.
“So Obama’s proposals to significantly curtail those benefits are a serious threat to the Irish economy

I do not believe in bailouts, such as the Greek or even the Irish rescue. However, I do believe in helping companies thrive and reach out to the younger population,  who have skills, especially in technology. Youth, of course, have to want to work, (see yesterday's first post), but to purposefully tax American companies, which are helping the global economy seems like nonsense, and will have repercussions financially and socially. America is rapidly being seen as no longer the friend of the very countries whose sons and daughters built up that great country. But, Obama does not have a European bent, either in ideology or in religion. This could be the reason for the further snubbing of Ireland.

By the way, I refer to the French in the title of this post, as there still is some sort of love-affair for Obama in the media there. Why, I do not know.