Posted by Supertradmum
Anyone want to help with a sem's purchase of a soutane? Let me know. 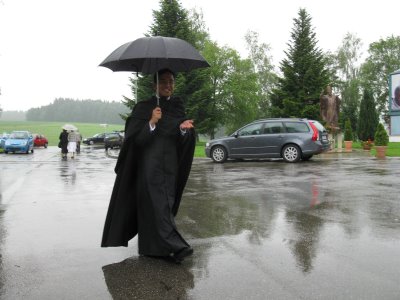 Pray for me and "mine"

Posted by Supertradmum
Some nasty people following me on the blog again...sad they have nothing else to do.

About time---someone is brave enough to end this travesty

Someone asked me, "How will the Church be persecuted?'

One only has to look at the Nazi and Communist regimes to answer this question.

Second, bulletins and newspapers which are Catholic (and most likely, bloggers) would not be able to use what is deemed to be hate speech. In other words, references to homosexual acts as sin, or abortion as sin, would be illegal.

Third, fines would be inflicted on those publications not conforming.

Fourth, Catholic publishers, writers, teachers, religious and priests would be imprisoned for not supporting gay rights, ssm, abortion and so on. 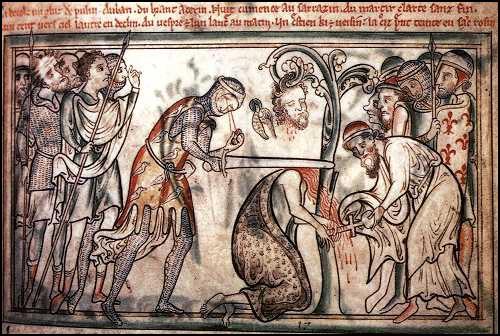 Sixth, priests would be arrested for using "hate speech" from the pulpit and hate speech could be anything the government decides it is.

Seven, oaths would be inflicted on the laity to support government policies contrary to the Catholic Faith. Those who refused these oaths would be fined and, finally, imprisoned.

Eight, Catholic publications would be forced to conform to the false teaching of the government and fined otherwise or imprisoned.

Nine, children will be taken away from parents who home school.

Ten, churches will be sold to pay fines.

Posted by Supertradmum
St. Joseph paintings and statues annoy me and have for years. He most likely did not have curly locks and a face like a sheep.

Any man who God would have chosen to raise His Son, and protect the most precious woman ever created, would have been a young, strong man.

Any man to get up in the middle of the night and flee to Egypt would have been more like a resourceful Midwest Man than a goopsy 1960s hippie type. Hey, these guys trust in God and keep their powder dry.

(I claim that phrase for the Cavaliers, btw).

If St. Joseph were alive today, he would be wearing Carhartt. 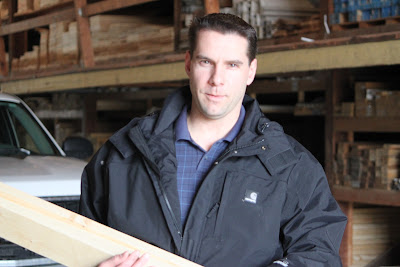 A carpenter must be strong to lift wood, saw, and work all day in the heat and cold. St. Joseph was also an descendant of King David, who was Mr. Macho King of Israel, as we know.

We need new paintings of this great Foster-Father of Jesus which show St. Joseph as he most likely was-a real man, a protector.  Maybe artists made St. Joseph look weak because he was chaste his entire life.

But a chaste man is not necessarily a wimpy man.

Look at the strong, celibates, like Padre Pio, Pier Giorgio Frassati, and all those kings, like David mentioned above, like SS. Wenceslaus, Edward, Edmund, Louis, and Stephen. These men rode horses, fought, speared, shot arrows, led other men into battle. And, they prayed.

Iconography should reveal the characters of the saints, like St. Joseph being a great protector.

The Mysterious Will of God

When I was unceremoniously and stupidly sent to Malta outside of my plans (a trip which, though short, had a silver lining), I fell into deep shock and prayer regarding God's Will for me. Thankfully, I know and have had it confirmed by more than one person, that it is God's Will that I am to go back England. Like one holier than I, St. Paul, I have been stopped by powers that remain unseen.

God has a perfect will and plan for us and a permissive will, which allows evil things to happen. This permissive will forms the mystery of suffering and the allowance of evil, from the free choices of men and women. However, behind those choices lies the great deceiver, satan. God does not create evil, but He allows all of us our free will to choose. Some people choose good and some choose evil.

Here is St. Paul on his efforts to get back to Thessalonika; 1 Thessalonians 2: 17-18

But we, brethren, being taken away from you for a short time, in sight, not in heart, have hastened the more abundantly to see your face with great desire. For we would have come unto you, I Paul indeed, once and again: but Satan hath hindered us.

So, readers, here is my plea to you. Please pray that all the hindrances that keep me from returning are removed.

Oh, St. Joseph, whose protection is so great, so strong, so prompt before the throne of God. I place in you all my interests and desires. Oh, St. Joseph, do assist me by your powerful intercession, and obtain for me from your divine Son all spiritual blessings, through Jesus Christ, our Lord. So that, having engaged here below your heavenly power, I may offer my thanksgiving and homage to the most loving of Fathers.
Oh, St. Joseph, I never weary of contemplating you, and Jesus asleep in your arms; I dare not approach while He reposes near your heart. Press Him in my name and kiss His fine head for me and ask him to return the Kiss when I draw my dying breath. St. Joseph, Patron of departing souls - Pray for me.
This prayer was found in the fiftienth year of Our Lord and Savior Jesus Christ. In 1505 it was sent from the Pope to Emperor Charles when he was going into battle. Whoever shall read this prayer or hear it or keep it about themselves, shall never die a sudden death, or be drowned, not shall posion take effect of them; neither shall they fall into the hands of the enemy; or shall be burned in any fire, or shall be overpowered in battle.
Say for nine mornings for anything you may desire. It has never been known to fail, so be sure you really want what you ask.
- See more at: http://prayertostjoseph.org/#sthash.BTnmbG0J.dpuf

If you are old and suffering,