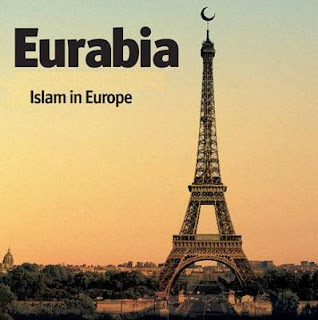 The Pernicious Rise of Antisemitism

Posted by Supertradmum
As one can pick up from the media and even some conversations here, Antisemitism is on the rise in France. A recent poll on this site  pointed out the stereotypical criticizes of the Jewish community in France. Some of the comments regarding the poll, which is a new one, on the ADL website here and below, March, 2012, indicate that:

Nearly one third of the Europeans surveyed held "pernicious anti-Semitic beliefs," the Anti-Defamation League said. Five thousand telephone interviews were conducted across Europe for the poll, 500 in each country surveyed.

Though the killings at the Jewish school have focused attention on attitudes against Jews in France, the new poll indicated that such beliefs are markedly more common in Hungary, Poland and Spain than in France.
Anti-Semitism "infects many Europeans at a much higher level than we see here in the United States," said Abraham H. Foxman, national director of the league, which is based in New York City. "In Hungary, Spain and Poland the numbers for anti-Semitic attitudes are literally off the charts.”
For instance, 14% of French people surveyed said they agreed that Jews were responsible for the death of Jesus Christ; 38% of Hungarian respondents and 46% of Polish people surveyed said the same. While 45% of French people surveyed said Jews were more loyal to Israel, 72% of Spainards interviewed said so.
The most common reason for such prejudice is ignorance and the passing down in families of such biases. I am surprised at the level of the commonly held prejudices, including ancient arguments. On the Anti-Defamation League site, more details may be found. I think the Western Catholics need to pay attention to such a rise in Antisemitism, as seen in the poll, that the traditionally Catholic countries have fallen into a habit of hatred. Of course, many of those people polled most likely have no religious practices or beliefs, and are completely secularized. The problems spinning off from hatred of the Jews include an over-sensitivity and an ignoring of the intolerance of the Islamic religion towards the Jews. If one has not read the Koran, do so. It is all in the book.

Poor Journalism and the Culture of Victim-hood

Posted by Supertradmum
I am so disappointed in the French media and the attitude of the Muslim community regarding "victim" status. The fact that three beautiful children, a father and soldiers, who defend us, were killed in cold blood by a jihadist is being morphed into a complaint from some in the Muslim community that they are afraid of backlash because of the murders.

Why can't the Muslim community either control these jihadists, or stop the movement of killing Jews and military men, which happens not only in France, but in other countries. Immediately, the Muslim community turns the news into a narcissistic groan that they are victims, when the innocent dead have barely been buried. It is not only scandalous, but an age-old tactic of blaming others for one's own sins...I think of Cain and Abel. One Muslim leader commented that “What shocked me most was that the victims were children,” he said. “But the media is putting the spotlight more on the fact it concerns Jews and Muslims or for example that a Muslim killed an Arab.”


Well, I am sorry to say this, but in the short and long term, the murderer killed for political, religious, and racial reasons. Note this:


REUTERS - A besieged gunman suspected of shooting dead seven people in the name of al Qaeda boasted to police on Wednesday he had brought France to its knees and said his only regret was not having been able to carry out his plans for more killings.

In an unfolding drama that has riveted France, about 300 police, some in body armour, cordoned off a five-storey building in a suburb of Toulouse where the 24-year-old Muslim shooter, identified as Mohamed Merah, is holed up.
Authorities said the gunman, a French citizen of Algerian origin, had been to Pakistan and Afghanistan, where he claimed to have received training from al Qaeda.
This is from the France 24 site, here.
Why does the Islamic community begin to whine about prejudice, when one of the community, who believes in the Koran and does what the Prophet says to do, kill Jews and Arabs who leave the fold, gets bad press? Why? Because, this strategy works again and again and again.
That the arrested man had explosives and was planning more killings in the name of (who? Al Qaeda? What a joke and what bad journalism) Mohammed seems to justify comment on so-called "radical Islamists".  That the man under arrest claims he has "grievances against the Jews" is barely covered in the press. Check out the great Spencer's site for more detail.


Sadly, and this is an update, the young man jumped from a window in a shoot-out with police and is dead. He wounded two more policemen at least at the end. He chose his lifestyle of violence and hatred. Interior Minister Claude Gueant stated that "The killer came out" firing "with extreme violence," Gueant told reporters. Police "tried to protect themselves and fired back."

"Mohamed Merah jumped out the window, gun in hand, continuing to fire. He was found dead on the ground," Gueant said.