Posted by Supertradmum
Having died to that which held us prisoners, we are discharged from the law. Let us serve God, then, in a new way, the way of the spirit, in contrast to the old way, the way of a written code.

For those who love God, the written law is unnecessary, not because it is not binding, but because one obeys out of love and not because of the external law. When one becomes free from sin, through Christ, one is discharged from the outside law because the natural law becomes informed by grace.

Law becomes internalized through love. One wants only to please God and not men. Yesterday, we heard in the Scriptures that God said David was a man "after His Own Heart".

David loved God, and God loved David. The relationship between David and God prefigures our own relationship with Christ, through the Church, the sacraments, and especially the Eucharist. Today, we see a prefiguring of that symbol in the fact that the priest in today's reading gives David the temple bread for his hungry soldiers.

Then, the high priest present to David his old sword, kept for posterity, used to cut off the head of Goliath years ago. David represents the Church Militant. Prayer first, action second.

David represents one of the patriachs whose lives reveal the plan of God in the world, preparing the world for Christ. This is our job as well, to bring Christ into the world through prayer and evangelization. But, nothing can be done without purity of heart, the theme of today's readings.

Thou art our trust, O King of kings, from today's hymn at Lauds.

Email ThisBlogThis!Share to TwitterShare to FacebookShare to Pinterest
Labels: Christ the King, Eucharist, purity of heart, St. David, The Eucharist

Why A House of Prayer Is Necessary 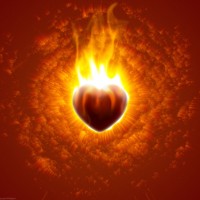 Over the past week, it is obvious that the battle for the heart of the Church has increased by confusion concerning the political opinions in The Encyclical.

I pointed out errors in the work in my long series, but I also wanted to point out good ideas, which have been in the Church for a long time, such as simplicity of lifestyle.

Sadly, what is missing in all the comments in the media proves the need for houses of prayer. Without prayer, no amount of talking about the problems or political solutions will work.

As I have noted, without contemplatives praying for the Pope, cardinals, bishops, priests, seminarians, the evils of the world, the flesh and the devil can walk all over the activities of those in the Church. First comes prayer, then activity. And actions without prayer are hollow, ineffective, full of ego.

Prayer, intense prayer, is absolutely necessary for a strong Church. Cannot those in the Church see the connection between the weakness of Church leaders and the lack of contemplative prayer?

How many of us are there who set time aside daily to pray for the Pope and his good and bad advisers? Nothing will change without prayer.

All holiness in the Church begins with a heart of prayer. Out of all the religious orders in the United States for women, I counted today only 16 devoted primarily to contemplative prayer--16!

In England alone, there are about 27.

I am very far from the goal I need to start this house of prayer. At this writing, I need more benefactors. All those who want to live in simplicity and rely on Divine Providence, and the list of founders in that position is long, need those who believe in contemplative prayer and simplicity
to help.

I try to pray in the houses of others and so did St. Paul, But, stability, like the lifestyle of good Benedictines, allows for deeper, more consistent prayer. Plus, I do not want to pray on my own, but with others, as where two or three are gathered together, there is more intercessory power, so Christ tells us.

Please pray about helping set-up the heart of prayer wherever God wants this to be in His Kingdom. Please consider giving to my plea on the side of this blog. 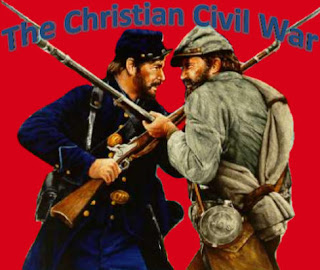 Those who study in depth the Civil War understand that the key issue was not slavery, but states' rights. The Confederacy was made up of states which had joined the Union freely and believed it was constitutional to leave the Union freely.

The United States was split over the question of centralized power vs. the power of the states to determine laws. Slavery, always immoral, would have gone away with the fall of the old regime in the South of Irish and English landowners, who would have been pressured by laws being passed in England to abolish slavery. That Lincoln abolished slavery was a necessary action, but the problem was that at the same time, by not working with the states, he increased greatly power in Washington forever, setting precedences under which we suffer today.

Most of the people in the United States do not understand the "balance of power" issue which formed the Constitution, and which has been eroded by almost every president in the Twentieth Century.

The Executive branch was to be one of three, not one above all, except in rare cases.

The recent flush of hatred against the Confederate flag and anything Confederate ignores the other issues of identity for Southerners, who still fiercely cherish states' rights. This identity must not include slavery or prejudice, which sadly, it has. But, prejudice against any minority group (and soon the white populace will be the minority) is always gravely sinful, a great evil found in every area of America, not just the South.

I do not agree with the Confederate flag flying over a state capitol, but I do agree with  a state's rights.

I agree that it is constitutional to secede. The United States must be seen as a group of people with shared values. But, this is changing rapidly.

Some people are calling for the destruction of memorials to fallen Confederate soldiers. This is absurd, as those men died just as valiantly as those in the north. Some people want Robert E. Lee and Stonewall Jackson taken out of history books. This is not only silly, but hiding history from future generations.

These were men who decided against the Union. We honor Washington and Jefferson and they had slaves. Why the rush to get rid of Confederate history? America has been created by many different kinds of people and many different belief systems. Slavery is a black spot on our history, but we cannot deny this happened. And, who decides what truth gets passed on and which groups are pushed out of history? The good can be ignored and never studied just as much as the bad.

For example, will memorials to Catholics be the next target if ssm is approved?

Will the Vatican flag be taken out of churches?

Caligula has to be one of the most horrible leaders of all times, but we do not expunge him from the history books. And so on.

History is made up of the good, the bad, and the ugly. Who is to decide which personages are dropped from a curriculum?

Over ten years ago, in my job as a curriculum consultant, I researched various history books used in high schools. In several American texts, Stonewall Jackson was not mentioned at all, and Robert E. Lee was given one small paragraph.

Margaret Sanger, the great baby killer, whose push for abortion has killed more people than in all the wars Americans have ever fought in, or more slaves tortured and killed by slave owners, was featured on two pages, side by side.

See the problem? Americans are losing touch with reality because of ideologies.

Slavery is a horrible, great evil, never to be tolerated, but to not study those on both sides of the debate is to allow a few people to decide what is our heritage and what is not. We cannot deny the past and we should be able to examine the military genius of some Confederate generals without agreeing with slavery.

and a note from a commentator on models...discussed this week..online.

let's say I have a formula, maybe the formula I use for determining weapon damage for my game
in the real world

and I realise that, say, my composite longbow is doing far too little damage compared to what I observe in actual tests: so what went wrong?

the composite longbow data is incorrect

well, I've checked it, and it seems okay. That means it's a problem with the formula itself

2. there's a problem with the model--well, no, because analogous weapons like the crossbow and the shortbow are working fine

so that leaves 3. the specific interaction between the longbow and the formula is creating a specific problem

now, my formula doesn't take into account the power strokes of various weapons, because it's much simpler than that

In the end, I simply change one integer from positive to negative and tell my players "now you have to roll UNDER this value, not above it" and everything works

the difficulties with climate change are analogous

A) there is no comprehensive model of weather data. It's far too complex.

B) the predictive models of the early 90s were, by and large, wrong, because they overestimated the direct influence of carbon dioxide on ambient temperatures

Many posts to read

Posted by Supertradmum
Please use today to catch up with the many posts (especially on The Encyclical) I had time to write, and those of the other blogger I have quoted. 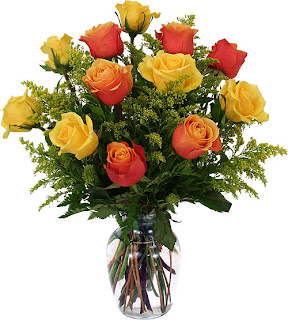