Posted by Supertradmum
"Reason attests that there are objects of the human act which are by their nature "incapable of being ordered" to God, because they radically contradict the good of the person made in his image. These are the acts which, in the Church's moral tradition, have been termed "intrinsically evil" (intrinsece malum): they are such always and per se, in other words, on account of their very object, and quite apart from the ulterior intentions of the one acting and the circumstances." (Veritatis Splendor, n. 80 St. John Paul II)

"Neither is it valid to argue, as a justification for sexual intercourse which is deliberately contraceptive, that a lesser evil is to be preferred to a greater one, or that such intercourse would merge with procreative acts of past and future to form a single entity, and so be qualified by exactly the same moral goodness as these. Though it is true that sometimes it is lawful to tolerate a lesser moral evil in order to avoid a greater evil or in order to promote a greater good," it is never lawful, even for the gravest reasons, to do evil that good may come of it -- in other words, to intend directly something which of its very nature contradicts the moral order, and which must therefore be judged unworthy of man, even though the intention is to protect or promote the welfare of an individual, of a family or of society in general. Consequently, it is a serious error to think that a whole married life of otherwise normal relations can justify sexual intercourse which is deliberately contraceptive and so intrinsically wrong." (Humanae Vitae, n. 14 Blessed Paul VI)

From Douay Catholic Catechism of 1649:A. The sin of Sodom, or carnal sin against nature, which is a voluntary shedding of the seed of nature, out of the due use of marriage, or lust with a different sex.Q. 929. What is the scripture proof of this?A. Out of Gen. xix. 13. where we read of the Sodomites, and their sin. “We will destroy this place because the cry of them hath increased before our Lord, who hath sent us to destroy them,” (and they were burnt with fire from heaven.)

from the CCC:
1867 The catechetical tradition also recalls that there are “sins that cry to heaven”: the blood of Abel, the sin of the Sodomites, the cry of the people oppressed in Egypt, the cry of the foreigner, the widow, and the orphan, injustice to the wage earner.

I am going to print these words while I have the chance.

Sodomy is a serious sin, which cries out to God for vengeance.

"A morally good act requires the goodness of the object, of the end, and of the circumstances together. An evil end corrupts the action, even if the object is good in itself (such as praying and fasting "in order to be seen by men"). The object of the choice can by itself vitiate an act in its entirety. There are some concrete acts - such as fornication - that it is always wrong to choose, because choosing them entails a disorder of the will, that is, a moral evil." (CCC, n. 1755).

Posted by Supertradmum
Please, dear Readers, I am in great need of prayer for certain reasons I cannot share at this time.

Dire need for the next several days. 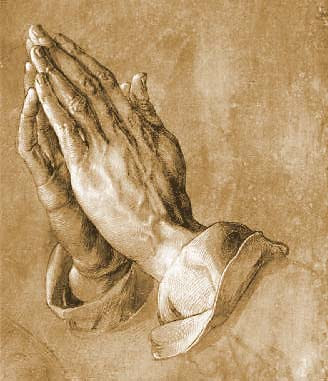 Posted by Supertradmum
For those in France, I highly suggest joining the Auxilium Christianorum

Here is the website. There is so much spiritual warfare in the country, Catholics need to consider praying with the thousands of others in this group. There is safety in numbers, in prayers.

Posted by Supertradmum
Years ago, on this blog, I referred to Catherine of Siena's vision of Christ, when He condemned priests who were homosexuals.

Michael Voris has been quoting her as well this week.

Romero Cause Going Ahead

Martyrdom and being prepared for martyrdom brings a person very quickly into the Illuminative and Unitive States.

I, for the record, think there is enough proof of Romero being declared a real martyr.

A Few Get It 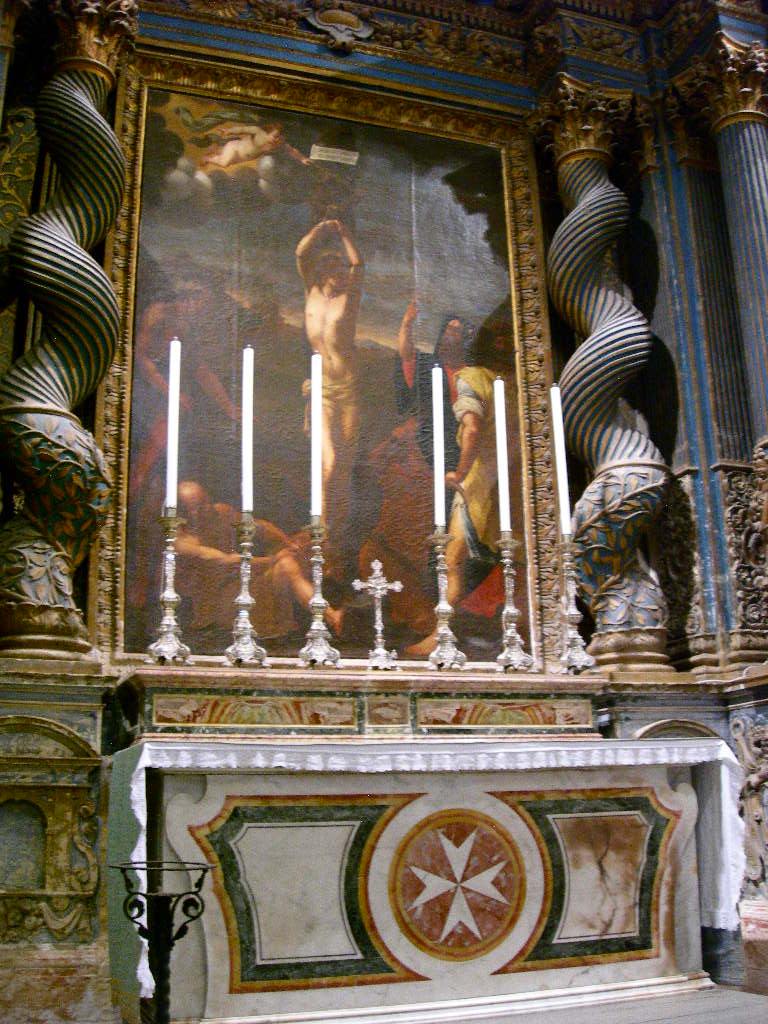 Yesterday, I talked with a person who is "awake". I shall not give details, but like me, he is aware that the EU, and other nations, have declared war on the one, holy, Catholic and apostolic Church, and most Catholics simply do not care. I think this person is a saint.

Why do most Catholics not care?

One, they are thinking like nationalists and not Catholics, looking only at what is in front of them daily and are missing the big picture.

Two, they refuse to face the reality that the Catholic Church is the one, largest institution on earth which stands up against modernism and all the isms.

Three, they are not willing to not be comfortable.

Four, they do not want to be saints, but conformists.

Pray and wake up, EU Catholics....

Plea for Help in Evil Times

To the leader: according to The Sheminith. A Psalm of David.

1 Help, O Lord, for there is no longer anyone who is godly;    the faithful have disappeared from humankind.2 They utter lies to each other;    with flattering lips and a double heart they speak.
3 May the Lord cut off all flattering lips,    the tongue that makes great boasts,4 those who say, “With our tongues we will prevail;    our lips are our own—who is our master?”
5 “Because the poor are despoiled, because the needy groan,    I will now rise up,” says the Lord;    “I will place them in the safety for which they long.”6 The promises of the Lord are promises that are pure,    silver refined in a furnace on the ground,    purified seven times.
7 You, O Lord, will protect us;    you will guard us from this generation forever.8 On every side the wicked prowl,    as vileness is exalted among humankind.

Feast Day of St. Hilary, Doctor of The Church 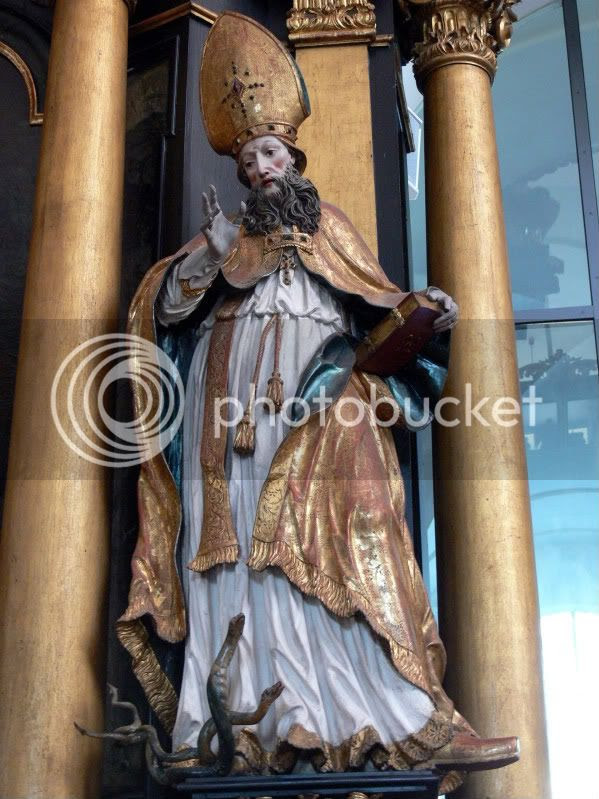 Posted by Supertradmum
This will be the last posting on Raissa'a Journal, at least for a while. I shall move on to another book soon.

I want to merely highlight three things in this post and move on.

Several selections from her book follow. She addressed someone who hated the idea of God, who actually hated her and who hated Catholics. She engaged elegantly in the arguments necessary to aid conversion, but her telling description of this man's state of mind reveals the mindset of many today of those who want to turn over all the goodness of Western Civilization.

In a letter, she writes, "Do you really find in the paganism that precede those twenty centuries (of Christianity), the true direction of life which the blood of Christians has turned aside from its course? I that the direction in which you want to go? Towards subjugation to the gods of the city, towards cruelty in the service of luxury, towards the slavery which alone would sustain such a civilisation? No, doubtless. It would not be worth the trouble of wanting to change everything; our capitalist and atheist society, itself the result of the so-called Renaissance, has almost rediscovered the tradition..."

But, as she states, "It is difficult to drive God our altogether. Invariably he returns humbly disguised under one name or another; and under the name we have chosen he makes himself loved without our knowledge."

Such are the saints, who remind us of God in the world through holiness and a type of purity given to them. This leads to another point on the command of love by Love, who is God.

Let me share her insights here: "Passivity...in the sense of the first and principal action of the Holy Spirit in the mystical life, is ontologically the essential characteristic. Psychologically, this passivity, passio divinorum, is expressed not only by the ligature and (apparent)death of our natural faculties, but also, in certain cases, by the heightening of them..."

"In contemplation, this passivity manifests itself above all by ligature, powerlessness, annihilation, because our faculties of knowing are utterly disproportionate to the object of contemplation, which is God in Himself. Here the intellect must recognise its incapcity, and submit to love which, through the infusion of divine Wisdom, connaturalises the soul with God and makes it know him with an obscure and ineffable certainty.

By the other Gifts, whose object is in some way more particularised, the Holy Spirit, on the contrary, heightens our faculties and proportions them to arduous, heroic, saintly acts, by setting them to work himself, by enlightening them and strengthening them."

In the passivity of the Dark Night, this passivity leads to the obscurity, the darkness of the purifying Night.

Again, Raissa on this point, "....the purifying Night, infinitely painful, which ceases when the soul has attained the degree of purity and holiness willed by God....St. John of the Cross says: 'the fire begins by blackening the wood; it does not set it aflame until it has dried it out.' Therefore one has to pass through nights, through all the anguishes and terrors of the night, see oneself engulfed in darkness and be dried up with suffering, before the soul is truly set on fire, kindled into flame that does not consume like natural fire, the vivifying flame of eternal life."

Lastly, "God is perceived as Love because he attracts and unites, makes one suffer, or gives one joy, reveals himself to the soul as its end, its repose, its beatitude."

Raissa, like myself and another friend of mine, makes the connection between Love of God, God's Love and Romantic Love. One is allowed to suffer in Romantic Love. Raissa writes "The demands of Christ as regards his disciples are absolutely inhuman; they are divine. There is not doubt about it, he who wishes to be Christ's disciple--must hate his own life. The image of Jesus Crucified is for the disciple.

...it is not the sinner, the "worldly" one, who has the greatest fear of God---rather it is those who, having been chosen as disciples, know that they are, and will be, more severely treated. From these, all in demanded."

In my humble opinion, the remnant will be and is made up of the disciples, only. for the times will be so difficult that only those who give all to God, who seek His Love, will be able to survive and not be confused.

In a post, soon, I shall described some of the remnant people's I have met, who are suffering already and becoming saints in the process.