Posted by Supertradmum
Timothy Radcliffe commenting on the debate over so-called "gay marriage" is an attempt, I think, to uphold the traditional teaching of the Church. Some points he makes are fine and incorporate of bit of the Theology of the Body thinking of Blessed John Paul II. However, his argument gets bogged down in a lack of the spirituality of marriage. We cannot merely uphold marriage on the grounds of the physical relationship between the man and the woman, or else we are merely falling into the same heresies which Radcliffe denounces. The spiritual aspect of marriage is that the two become one and that this physical union is an expression of what should be happening in cooperation with the Indwelling of the Holy Trinity, the example of the Trinity in love and commitment. If Radcliffe expressed that most excellent marriages get beyond the physical relationship into something more sublime and holy, his argument would not only be stronger, but more in keeping with the beautiful teaching of the Church on the fact that marriage transforms two people into something more than what each would be if not joined in holy matrimony. Indeed, the spiritual growth and move to holiness and saintliness is one of the real reasons for matrimony. One is called to marriage as a vocation which leads one into heaven, as well as providing stability to the couple, the family, and society. The goal is not merely sexual happiness or babies, but the ultimate purification of the mind and body, in a union which more perfectly mirrors that of the God-Head. I do not mind the emphasis on bodily union as ordained and blessed by God, but that is simply not all there is to a good marriage. Perhaps, Radcliffe did not have the space to develop his ideas.f Also, look at my post on chaste marriages, http://supertradmum-etheldredasplace.blogspot.fr/2012/01/unusual-controversial-catholic-subject.html

Ah, the Rubbish Published in The Tablet.... I actually picked up and read a few articles in The Tablet today, and my hands did not dissolve into leprosy. However, the stupidity and political correctness of the "magazine" reveals a relativism which endangers all good and clear catechesis. Great Britain and Ireland, and I guess France, where I have picked up this edition, exhibit a majority of Catholic adults who do not know a thing about the teaching of the Catholic Church. The ignorance and arrogance of the adult Catholics in a typical parish astound one. Anti-intellectualism is rife and the idea that the study of one's Faith ends at school leaving is profoundly common. I have written many times on the subject of one, adults taking responsiblity for their own Faith, and two, the halting of blaming priests for ignorance. Look at previous posts, including a link with the Vatican document on the laity here in my post of January 16th,  APOSTOLICAM ACTUOSITATEM  and the dumbing down of lay expectations:
http://www.vatican.va/archive/hist_councils/ii_vatican_council/documents/vat-ii_decree_19651118_apostolicam-actuositatem_en.html

That The Tablet panders to weak-minded and less than accurate thinking may be one of the reasons it succeeds in selling. As a famous author told me years ago about the editorial staff, one cannot do much with mediocrity.

In a cover article on the gay marriage question in Britain, "Can marriage ever change?", three people are allowed to give comments on the present crisis. I shall refer to the two shorter ones first and then take on the longer comment. Martin Pendergast is a master of the cliche. He also makes banal sweeping statements such as "The model of marriage that we have today is rooted more strongly in eighteenth-and nineteenth-century social patterns than it is in earlier religious tradition", completely ignoring centuries of social behavior among Catholics of all classes, which benefited from the Scriptures and the increase in the dignity of women as found in the Gospels. That such women as Brigid of Sweden and others give us examples of married women who knew their role in marriage and society is a fact ignored. Also, the old and boring references to David and Jonathan and Ruth and Naomi, etc, implying friendships are more enduring than the Catholic Church's idea and teaching on marriage are laughable. That David was a potentate with myriad partners, that the Queen Mother was Queen and not a "wife" and that the relationship of Jonathan and David was close has nothing to do with gay marriage. Ruth and Naomi were related and following the age-old traditions of duty and committed love in the extended family. That he uses these as examples defies explanation. The Church has always valued friendship, which has nothing to do with gay marriage. Statistics on the number of sexual partners the typical homosexual has may be found elsewhere. Sex and friendship are not mutually exclusive, but cannot be confused, especially theologically.

Criticizing the idea that procreation is not longer an important part of marriage is simply wrong. If he does not know this, the question of being open to life is still number one or two on the pre-marriage interview by the priest in Great Britain. I have seen the forms, and have been part of the process myself. That there are exceptions has always been the case, for older couples beyond child-bearing age, for example, but these remain exceptions.

More drivel.
The essence of civil unions is that they are based on an equality of persons legally expressed in a mutual signing of a contractual covenant, rather than expressed in vows of subjection, one to another."
I have worked in the past in homosexual recovery groups. This is more controversial in Great Britain than in America, but I can tell you from experience and working with psychologists that the typical gay relationship is not about equality, but subjection.  The partnership involves a "feminine" and a "masculine" psychological and physical relationship. Sorry, this is not a reflection of equality. Pendergast does not want a "buying into a marital bond, the sacramentality of such unions is what many of us strive to live out." This is self-deception and taking the idea that the sacrament of matrimony is given one to the other to an obscene nuance. That he wants to avoid an official sacrament just shows that he not only does not understand the depth of a real marriage contract between two people, but that he does not understand the sacramental theology of marriage in its fullness.

The second banal comment is by Tina Beattie, who does her best, I guess at referring to the sexuality of homosexuals, completely forgetting that such a relationship is out of the bounds of natural law and one of the sins which cries out to heaven. She writes that, "the loving relationships of my gay friends have helped me to understand more deeply what marriage means as a partnership of equals....maybe we heterosexuals need the marriages of our homosexual friends to help us to understand what marriage looks like when it's not corrupted by traditions of domination and subordination." The feminist speaks.

I have only two questions to ask the lady--what about the corruption of a serious sin against nature and the long Catholic teaching that the wages of sin is eternal death? Obviously, the woman does not believe in hell or sin, or even the long lists of Modernist Heresies her type of comment reveals undermining her understanding of marriage, sin, etc. Of course, she uses the buzz word of "diversity", which in American journalism is always a tip-off. More later on the Radcliffe commentary.

The Church is the Enemy to POTUS

Posted by Supertradmum
Check out this cartoon on Fr. Z's blog.....http://wdtprs.com/blog/2012/03/dear-taliban/?utm_source=feedburner&utm_medium=feed&utm_campaign=Feed%3A+wdtprs%2FDhFa+%28Fr.+Z%27s+Blog+-+What+Does+The+Prayer+Really+Say%3F%29
,
and another good comment by Buchanan on his site http://buchanan.org/blog/the-glaring-inequality-of-obamaville-5040 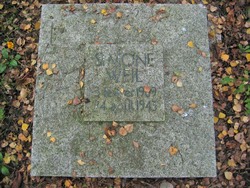 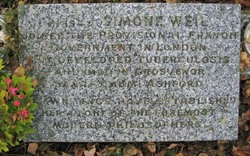 Just a reminder on the evils of Harry Potter. And, do not ignore these....


So, Harry Potter is NOT the same thing as more traditional fairy tales. In Harry Potter there is even a desensitization to sin. O’Brien goes on to say in this same interview:

“There are other serious problems in these books, notably the question of authority and obedience. Harry’s faults are rarely punished, and usually by the negative authority figures in the tale. The positive authority figures actually reward Harry for his disobedience when it brings about some perceived good. His lies, his acts of vengeance and his misuse of his powers are frequently ignored. The message of ’the end justifies the means’ is dominant throughout.”

“In one class, the students are taught to cut up mandrake roots, which are living human babies, for use in a potion. At the least this can cause a subconscious desensitization to abortion.” 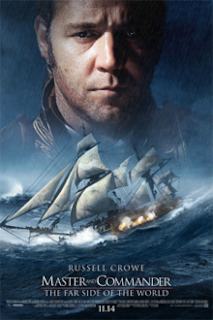 I have to get my head around this. Russell Crowe is set to be Noah in the new making of the Biblical tale. Here is the article on the news.

Can you imagine what he would act and look like? Something like Captain Jack Aubrey meets God...Well, we shall see. I find the attempt interesting. I am looking forward to the special animal effects....