WHAT? Scanning retinas for bus rides...without parents' permission. Both things are crazy!

Posted by Supertradmum
Full text of Pope Francis’s letter to David Cameron, dated June 15:
To The Right Honourable David Cameron, MP Prime Minister,
I am pleased to reply to your kind letter of 5 June 2013, with which you were good enough to inform me of your Government’s agenda for the British G8 Presidency during the year 2013 and of the forthcoming Summit, due to take place at Lough Erne on 17 and 18 June 2013, entitled A G8 meeting that goes back to first principles.
If this topic is to attain its broadest and deepest resonance, it is necessary to ensure that all political and economic activity, whether national or international, makes reference to man. Indeed, such activity must, on the one hand, enable the maximum expression of freedom and creativity, both individual and collective, while on the other hand it must promote and guarantee their responsible exercise in solidarity, with particular attention to the poorest.
The priorities that the British Presidency has set out for the Lough Erne Summit are concerned above all with the free international market, taxation, and transparency on the part of governments and economic actors. Yet the fundamental reference to man is by no means lacking, specifically in the proposal for concerted action by the Group to eliminate definitively the scourge of hunger and to ensure food security. Similarly, a further sign of attention to the human person is the inclusion as one of the central themes on the agenda of the protection of women and children from sexual violence in conflict situations, even though it must be remembered that the indispensable context for the development of all the afore-mentioned political actions is that of international peace.
Sadly, concern over serious international crises is a recurring theme in the deliberations of the G8, and this year it cannot fail to address the situation in the Middle East, especially in Syria. In this regard, I earnestly hope that the Summit will help to obtain an immediate and lasting ceasefire and to bring all parties in the conflict to the negotiating table. Peace demands a far-sighted renunciation of certain claims, in order to build together a more equitable and just peace. Moreover, peace is an essential pre-requisite for the protection of women, children and other innocent victims, and for making a start towards conquering hunger, especially among the victims of war.
The actions included on the agenda of the British G8 Presidency, which point towards law as the golden thread of development – as well as the consequent commitments to deal with tax avoidance and to ensure transparency and responsibility on the part of governments – are measures that indicate the deep ethical roots of these problems, since, as my predecessor Benedict XVI made clear, the present global crisis shows that ethics is not something external to the economy, but is an integral and unavoidable element of economic thought and action.The long-term measures that are designed to ensure an adequate legal framework for all economic actions, as well as the associated urgent measures to resolve the global economic crisis, must be guided by the ethics of truth. This includes, first and foremost, respect for the truth of man, who is not simply an additional economic factor, or a disposable good, but is equipped with a nature and a dignity that cannot be reduced to simple economic calculus. Therefore concern for the fundamental material and spiritual welfare of every human person is the starting-point for every political and economic solution and the ultimate measure of its effectiveness and its ethical validity.
Moreover, the goal of economics and politics is to serve humanity, beginning with the poorest and most vulnerable wherever they may be, even in their mothers’ wombs. Every economic and political theory or action must set about providing each inhabitant of the planet with the minimum wherewithal to live in dignity and freedom, with the possibility of supporting a family, educating children, praising God and developing one’s own human potential. This is the main thing; in the absence of such a vision, all economic activity is meaningless.In this sense, the various grave economic and political challenges facing today’s world require a courageous change of attitude that will restore to the end (the human person) and to the means (economics and politics) their proper place. Money and other political and economic means must serve, not rule, bearing in mind that, in a seemingly paradoxical way, free and disinterested solidarity is the key to the smooth functioning of the global economy.
I wished to share these thoughts with you, Prime Minister,, with a view to highlighting what is implicit in all political choices, but can sometimes be forgotten: the primary importance of putting humanity, every single man and woman, at the centre of all political and economic activity, both nationally and internationally, because man is the truest and deepest resource for politics and economics, as well as their ultimate end.Dear Prime Minister, trusting that these thoughts have made a helpful spiritual contribution to your deliberations, I express my sincere hope for a fruitful outcome to your work and I invoke abundant blessings upon the Lough Erne Summit and upon all the participants, as well as upon the activities of the British G8 Presidency during the year 2013, and I take this opportunity to reiterate my good wishes and to express my sentiments of esteem.

The Destruction of Alderaan and Syria


For many weeks, I have kept thinking about the part in Star Wars regarding the destruction of Alderaan. I can hear the comment of Obi-Wan Kenobi on the silencing of so many billions of voices. He said, "I felt a great disturbance in the Force, as if millions of voices suddenly cried out in terror and were suddenly silenced. I fear something terrible has happened."

I fear with arms going to both sides, that this is going to happen to Syria. Why is the arming of Syria escalating?

Email ThisBlogThis!Share to TwitterShare to FacebookShare to Pinterest
Labels: American politics, death of the west

Posted by Supertradmum
My Great-Grandfather, who was one of the signers of the Declaration of Independence for the Czech Republic and friends with Masaryk and Benes, who was counsel for Woodrow Wilson, one of the directors of the aid to the famine victims in Belgian and who received many awards, two from Popes, including the Knight of St Gregory, predicted WW II. He died of a broken heart because of the giving over of the Czech Republic to the Nazis. He was appointed to return the skull and crown of St. Stephen to Hungary between the wars. We are far-seeing people.

He also founded several schools and a college in America. The genes are good, Catholic, orthodox lay genes.

I write of him today as I am grateful for my Catholic roots, but also my political roots. One must work for freedom and never take human rights for granted. Never.

Posted by Supertradmum
Also, America and Saudi are arming the rebels and Putin is backing Assad. Does this make anyone nervous?

I personally disagree with arming the rebels. Iran will send in troops for Assad. What are we doing?

And why is Cameron getting GB involved? Why?

Thanks to CB for this quotation: "The West is fighting them in Mali, but once they cross the border into Syria, they get support from the West." -- Vladimir Putin

More revelations in the Guardian

Another View of the Meeting 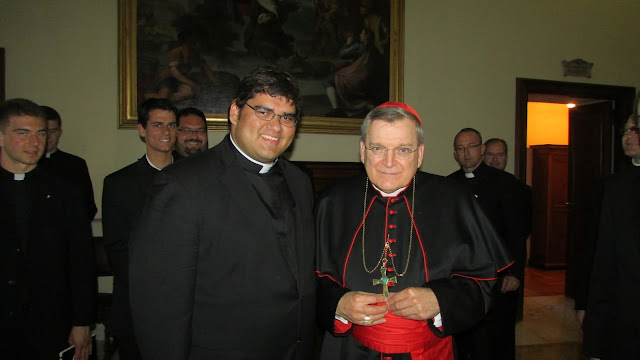 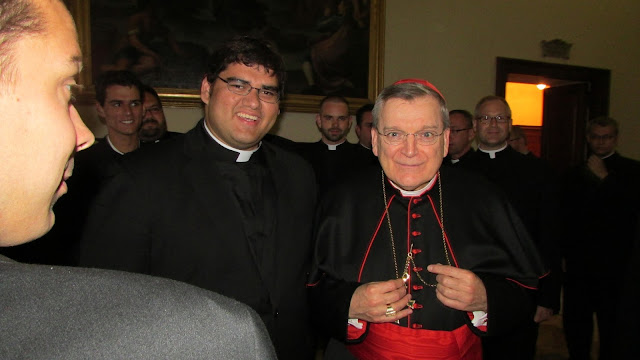