On Pink Witches, David Jones and The Death of Symbolic Language 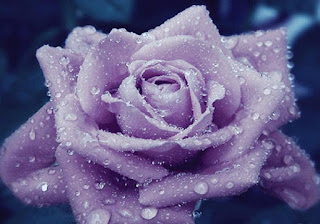 Ok you have to read the article above to understand my comment. But, basically, one can no longer identify evil with black or good with white.

What does that tell you about relativism? We have to be politically correct about evil. Death of the West.

When Shrek came out, I hated it, and no one could understand my point that Love created Beauty, not ugliness and that we all are beautiful in God's Eyes. It is wrong to want to become ugly for another person. That is not the basis for true love. The inversion of fairy tales destroys ancient meanings, destroys cultural references.

Only one Person had to become ugly, had to be scourged and crucified so that all of us could be made beautiful in Him. The Resurrection is the promise of Beauty.


There a deep cultural reasons why a prince turned into a toad is a nasty punishment, or why a selfish prince with anger issues becomes a beast.

Now, we see that the neo-pagans cannot bear the long Christian symbolism in the West that black means bad and white means good. White horses, white cowboy hats, white wedding dresses for the past 100 years or so, white flowers, all signigy for most Westerners purity and goodness.

The witches have been seen in black for a reason.

Of course, as I wrote a million years ago on my old blog, there are no such things as good witches, as they all adore the Nature Goddess rather than the Trinity. But, to change colours of long standing meaning is the death of poetry, literature, cinema, etc.

And, have you noticed how many rock bands and even actors have taken Christian or Biblical names and twisted the symbols of names? Just try googling some common Christian saints and see what happens.

I would NEVER  have my child in a day care, child care or even a public school at this juncture. But, of course, I home schooled

My son knows the signification of symbol. All priests do. All Catholics should. We are people of symbol and poetry. We are the people who know that some signs are efficacious-the sacraments.

David Jones wrote an essay on this "Art and Sacrament" (Epoch and Artist). Find it and read it.

Hard times are a comin'. Do not let your children be confused. Do not lose the important of symbols

Email ThisBlogThis!Share to TwitterShare to FacebookShare to Pinterest
Labels: art for the sake of, classical ed, David Jones, death of the west, poetry

Repost, and you can check out one and two 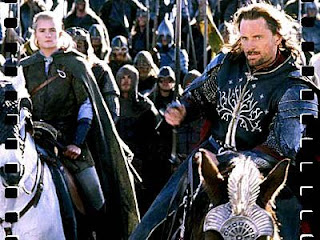 There are no excellent leaders unless those are men and women base who their lives on the Teaching Magisterium of the Church, as all other creeds fall short of truth.

There are very few real Men of the West, even in the Church hierarchy. There are some.

Two quotations from Blessed Pius IX (a true leader, a Man of the West) from Quanta Cura:

For you well know, venerable brethren, that at this time men are found not a few who, applying to civil society the impious and absurd principle of "naturalism," as they call it, dare to teach that "the best constitution of public society and (also) civil progress altogether require that human society be conducted and governed without regard being had to religion any more than if it did not exist; or, at least, without any distinction being made between the true religion and false ones."

From which totally false idea of social government they do not fear to foster that erroneous opinion, most fatal in its effects on the Catholic Church and the salvation of souls, called by Our Predecessor, Gregory XVI, an "insanity,"*, that "liberty of conscience and worship is each man's personal right, which ought to be legally proclaimed and asserted in every rightly constituted society; and that a right resides in the citizens to an absolute liberty, which should be restrained by no authority whether ecclesiastical or civil, whereby they may be able openly and publicly to manifest and declare any of their ideas whatever, either by word of mouth, by the press, or in any other way."
* Gregory XVI, encyclical epistle "Mirari vos," 15 August 1832.

On No Safe Havens. Or, How to Live in Dangerous Times

I have written on this blog and other blogs that I believe there are no safe havens for Catholics any more. Some of our American ancestors immigrated for religious freedom. Those days are gone.

So, in the face of the lack of a hiding place, what does a Catholic do in countries when persecution has come or is coming? We have two enemies and I do not need to name those.

Since the late 1990s, if I was teaching in Catholic institutions, I would ask my students, the Millenials and the end of the Gen Xers, if they were ready to be martyrs. Some said yes.

There are many kinds of martyrdom-loss of job, loss of status, fines--look at the Roper Family history. Margaret Roper died very young-I think her heart was broken.


But, one must not be caught off-guard.

One must create a mind-set which chooses, willingly, God first, the Church first and all else second.

This is why I have the long perfection series. One must become perfect NOW.

Secondly, one must train one's children to think like Catholics. I have many, many posts on this. Follow the tags.

Why anyone is surprised at the growing evil is beyond me. I suppose some people did not want to face what I have been writing about on line since the beginning of 2007.

My favorite blogger, Dr. Sanity, gave up the blogging fight, as she is smarter than I am.

I have many photos and drawings of ostriches on my blog.

Do not be an ostrich, even the mythical one which puts its head in the sand.

Either you learn to deal with this world and to live in it but not of it, or you will lose your soul.

We are not alone-we have a cloud of witnesses. But, please stop lying about discussions or compromises or working together with evil. As Solzhenitsyn said years ago, there is no détente with evil. I wrote on that as well. The time for writing will end and those of you who have not interiorized the radical Gospel will be left on your own devices.

Many places will not have priests or the sacraments. If you are a parent, it is your duty to teach your children well. Bring them up, as Scripture states, in the way they should go.

There are too many Catholics who will compromise and sell you to the highest bidder. It has all happened before.

I have received hateful comments, which I do not post, from three groups: Muslims, feminists and gay activists. People who write hate, hate.

People who write about love, love.  Be lovers of Christ and His Church and you will endure. Remember my story from the Desert Fathers, which I have repeated on line for six years off and on. Paraphrased.

Pro-Morsi Leader Demands That Rome Be Destroyed--Watch This

and the US gives money to these people?

I pray that American, British, and French Catholics understand the reality.

On Seagulls, Pigeons and Catholics

Seagulls and pigeons are considered pests in Dublin. These birds have adapted to city life, easily picking up scraps of fast food and eating out of open dumpsters (skips).

Dublin is not a clean city. Being an American from the Midwest, where cities of a certain size are clean (not thinking of Chicago but St. Louis, for example), I am troubled by the waste of food I see on the ground.

Seagulls and pigeons make odd noises and chatter all night. I suppose pigeons sleep, but seagulls seem to require little sleep, making their calls until past one and starting at four. Maybe they take naps.

Most of the Dubliners ignore these birds, but I am taken by their persistence and presence. Bird watching is my hobby and I used to keep a bird diary-one that was for 35 years consistently followed in three countries. But, now, in the past 7 years or so, I just observe.

People call these birds "pests" but they are pests only because of our lifestyle. In the old days, when the fishing boats came to land and the fishermen, as I saw at Bristol many years ago, cut the heads and tails off the fish quayside, the seagulls, as well as the cats, helped to clean up by taking those bits away.

Our own bad habits and the nasty side of wastefulness have created these pests.

I think Catholics have become the seagulls and pigeons of modern Dublin and modern Europe. We shall more and more, as society leaves Nature and natural law philosophy behind, become the pests of the West. We shall be seen, and already are in some places, as nuisances to be either ignored, marginalized, or as, sadly, in some places when poison is laid out for pigeons, killed.

We are quickly losing our place in the public sphere. I have had many discussions in the past week with young people who have no idea that there is a natural law and many who do not believe in it as a reality. They see no difference between humans and other animals, denying the soul and denying our goal-eternal life. I am not "one of them" in their eyes, but a pest.

Do not pretend that Catholicism and gross sinfulness accepted by a society can live in close proximity without clashes. Do not pretend we are not in our permanent home. Like the seagulls and pigeons which have their place, but have had to adapt to encroachments on their space, we shall lose spaces to be and to go. We can adapt for awhile, but we can never compromise.

Sometimes Seagulls attack and eat pigeons. We must not attack each other out of frustration or spite or in turf warfare.

Please Join Me in Prayer for Personal Intentions

Any sexually active love outside of marriage is this...

Idolatry
Thou shalt not make to thyself a graven thing, nor the likeness of any thing that is in heaven above, or in the earth beneath, nor of those things that are in the waters under the earth. Exodus 20: 4, DR