Posted by Supertradmum
Take time to read many posts this week. God bless your Holy Saturday.

On the Pope Washing Feet...

Posted by Supertradmum
from Father Z....in his article found here.

Bishop Morlino understands that, when the Pope decides to derogate for himself from the liturgical law,  that derogation doesn’t abolish the law for everyone else.  The law remains. We priests and bishops must obey the liturgical law which we do not have the authority to break or change on our own authority.  The Church is not lawless.  The Church is not merely a display case for people’s passing whims and changing fashions.

Prayers needed for these girls, please

Posted by Supertradmum
The only nasty comments I get are from feminists, male gays, and muslims. But, I have to post this, in fairness to these girls, who need our prayers.

Has anyone seen this on the msm?

Posted by Supertradmum
I grew up with the Tridentine Mass and was in a Gregorian Chant choir as soon as I made my First Holy Communion, through Eighth Grade. I also was in the Sacristry Club and was president of the Sacristy Club in both high school and college. Sacristans were trained to memorize the Liturgical Calendar, set out vestments, and clean and iron linens.

One of the things I have been noticing, and discussing with older TLM members, is the lack of continuity in the home regarding the Catholic culture. The break of continuity is not merely in the Mass, but in home life.

The Mass will not save a person if the daily life is not being formed in conjunction with what is seen and prayed and experienced on the Sunday.

In some TLM congregations, the faith is living and well grounded in the homes of families. I have seen this with solid homeschooling TLM families, where the domestic Church is alive and well in the home.

However, in my last two experiences of TLM congregations, and discussing this with friends my age or younger, but TLM Boomers, I and they have seen a huge falling off of Catholic culture, which impacts the Mass.

I have offered to help restore this by teaching and conferences, but no one is interested in this area.

Here are the problems, which were addressed in the 1990s and early 2000s, but missed by the Millennial and late Gen-Xers parents.

2) The sending of Catholic children to public schools, especially now with the Common Core, which endangers souls-see previous posts. This could be a sin on the part of the parents.

3) The lack of discipline at Mass for younger children, as if children cannot be disciplined, which is a lie from Satan.

4) The lack of proper comportment among teens, even girls, who whip their mantillas off after Mass is over in the church and being talking in the church.

5) The refusal to follow the norms of rituals for the laity as indicated in the 1962 Missal, either ignoring these, or worse, imposing stricter rules which are cultic.

6) Having cultic relationships with either false groups, such as Necedah (condemned), Bayside (condemned) or others.

7) An idea that only going to the TLM is enough for salvation. It is not.

8) A love of the American ideal of materialism and the Protestant Work Ethic, which are not based in Catholic teaching.

9) An avoidance of the reading and study of the Catechism of the Catholic Church, which is part of the infallible teaching of the Magisterium. I have even heard TLMers say it is "wrong" which it is not.

10) A refusal to separate politics from the TLM, and the avoidance of the reading of the social encyclicals of the Church, which are infallible.

11) A deliberate misunderstanding of the SSPX status in the Church, thinking that the norms of worship kept by that group are superior to the 1962 Missal, which they are not..

I do not know how to break through this trends which seem to be more obvious. Unless what is experienced and taught in the Mass goes home in the car with the family, nothing will change.

I know this brother. God bless him and the Pope, especially this weekend.

Wrapping up the comments from Benedict's Little Book

This past week, I have been sharing thoughts from the Pope Emeritus' 1989 book, The Yes of Jesus Christ. I shall end this little series with three comments from Benedict.

The first refers to what he calls the "down payment of trust". When we do not understand the suffering or shape of our lives, we are asked to trust in God, as if this trust was a down payment on an investment. We cannot understand or see the plan of God, but we can trust. This trust opens the door to faith, hope, and love.

Benedict notes that the saints, canonized or not, had this type of trust, even in darkness.

This idea resonates with me, especially today, when I cannot see God's Plan for me at all in the midst of consistent suffering and upheaval. But, I am peaceful and rest in trust.

The second point ties into my long series on the formation of children. Benedict states this: " ...it is important throughout one's life and from one's youth onwards to learn and to practice thinking with God, feeling with God, willing with God, so that love may grow from this and become the keynote of our life."

The earlier one learns to be with and in God, the better. And, children can be saints.

The third point, and this journey through the book is by no means comprehensive, involves the Rule of St. Benedict: "Let nothing be put before the work of God". This means, as the Pope Emeritus writes, that all else in life is subordinate to the search for God, or should be.  Benedict emphasizes that we must "hasten" towards God.

Amen, to all of that.

I sincerely hope you can read the entire book.

A Big Thank You!

Thank you, Dear Readers. Not even close to the great Father Z, but I am pleased with this mark, which is the number since January 2012.

Posted by Supertradmum
Was told by a friend in Malta today that Pope Francis personally tried to intervene to stop the disastrous vote on ssm. Sadly, the Catholic powers that be did not respond by voting against it, although many abstained. The socialists won on this vote.

Of course, the Pope's intervention was not covered by ANY media that I know of-have you seen anything, Dear Readers? 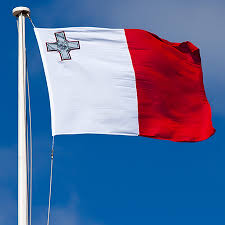 Prayer for the Beatification and Canonization of Father John Hardon--Keep praying for me, please

Almighty God, You gave Your servant,
Father John Anthony Hardon of the Society of Jesus,
the grace of religious and priestly consecration after the Sacred Heart of Jesus.
Through Father Hardon,
You provided for your Flock an extraordinary teacher of the faith.
You entrusted Father Hardon into the loving
care of the Blessed Virgin Mary
whose counsel, "Do whatever he tells you" (Jn 2:5)
he faithfully followed and whose intercession he unceasingly invoked.
If it be Your holy will, please grant the request I now make,
calling upon the help of Father Hardon,
so that his heroic sanctity may be recognized in the whole Church.
I ask this through Your Son, Our Lord Jesus Christ, Who
with You and the Holy Spirit, is one God forever and ever.
Amen.

Oh my goodness, just when one thinks one has seen it all

For my friends in America and in France-a cruel reminder

French General Francois Joseph Westermann penned a letter to the Committee of Public Safety stating: "There is no more Vendée... According to the orders that you gave me, I crushed the children under the feet of the horses, massacred the women who, at least for these, will not give birth to any more brigands. I do not have a prisoner to reproach me. I have exterminated all."

I have been teaching the massacre, the genocide of the Vendee Catholics to my pupil. I was in the Vendee two years ago and the area is numinous. I have wanted to write more about this horrible time, but have not had time.

This time of barbarism will happen again. I am waiting to read Michael Davies book on this subject.

The French Government still denies this was genocide. It was. Up to 425,000 Catholics, including women and children were killed.

If you are in denial, as I have written since 2007, I urge you to read the history of these people. I think Robert Hugh Benson was influenced by their martyrdom, using some imagery of the atrocities in his book, Lord of the World.

We do not have much time.

This history has been repressed because of the American glorification of the French Revolution, which was started by Masons, the great enemy of the Church.
http://www.storialibera.it/epoca_contemporanea/rivoluzione_francese/vandea/mostra_online_utopia_against_people_the_vendee_en.php

Look up the meaning of "The Grace to the Prisoners" when a Vendee leader made his men listen to the words of the Pater Noster.


The loyal Catholic farmers used the windmills as signals. Here are some:

The mills, stood on the the high grounds, are excellent signals for the Vendean fighters and are burnt by republican army. The positions of the wind-vanes give the necessary indications:
1. nothing to signal;
2. caution musters of troops;
3. enemies in the neighbourhood;
4. no more danger.


photos from the first link above

Please pray for a few people who have told me they had been abused as children.

These are people I have met in person, not online. They do not live in my area at all.

They need tremendous healing and prayers. They have severe depression and spiritual blockages. Two are suicidal. Three are not religious. Four are trying to be good Catholics, but struggling terribly.

They were not protected by their parents, but the opposite. As I have met and have spoken with thousands of people, they are protected by anonymity. None of them read blogs. Some do not have regular Internet access. They live in different continents. The four struggling Catholics understand the need for prayers. The others do not pray, do not attend any church, synagogue or mosque.

Pray, please, for these people, and these are not there real names:

One is a man, Brogan, who was abused by a woman.

Three are men, Akamu, Yusri, and Kekoa, who were abused by another man-the same man. .

One is a man, Mikko, who was abused by another man. That abuser is dead.

Two are women, Roisin and Nur, who were abused by a man. That abuser is dead.

One of the abusers was a priest. Three abusers were parents of the children.

Thanks for helping me pray for these people.They have suffered for years. My prayers are simply not enough to free these little ones to be open to God's Love. They live in fear and unhappiness.