Years ago, and I mean years, my home diocese made it clear that eulogies, which was an abuse in the NO funeral service, were not to be done.

Eulogies do not belong at funeral Masses, nor do shrines to the dead at the altar, as I have seen in Canada. The funeral Mass is for committing the body and the soul to God and for reflections on death and purgatory, as well as the Resurrection from the dead.

I am glad this is finally being addressed here.

Many Catholics sanctify their dead instead of realizing they must pray for them.

How many souls are left in purgatory for this lack?

A speech from Nigeria... 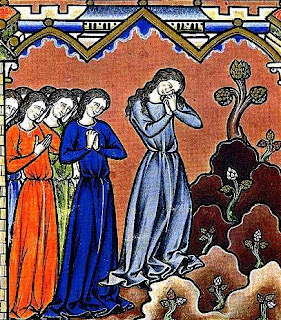 Some on blogs do not understand what it means to be a saint or canonized as a saint. This confusion has come about because of false preaching, which I have heard many, many times from the pulpit both in America and in England. Too many priests refer to the members congregations as saints. Not only does this cause confusion, but stops people from pursuing real holiness, which is a hard road and takes both grace and persistence. To call people saints like this is dangerous.

It is simply not true that we are saints. I have heard priests and laity wishing each other happy feast day on November First.

This is not only silly, but wrong.

We are the Church Militant.

To be a saint, one must be in the unitive state before death. This means that one has been purged of sin and the tendencies of sin, one rarely sins, and is living the life of virtues. This means that one has gone through the purification of the senses and spirit. Some young saints were spared from sin and needed little if any purification. Some saints were purified quickly and some over long periods of time.

To be a saint, one must be in union with God constantly, not necessarily with mystic experiences, which do happen to some, but in the closeness of love, sharing that love with others.

The life of the virtues would be habitual to the saint.

Saints skip purgatory because they have allowed God to lead them through purgatory on earth.

Look at the chart again by Garrigou-Lagrange for clarification if you are still having trouble with this.

Are their saints walking around on earth?  Yes, but you may only meet one or two in your lifetime. Or, you may not know of them as they are hidden.

A priest gave a talk that he met a saint in a hospital. A Catholic woman was dying and the peace and love in the room where she was could be felt by all. She was an ordinary widow. But, she was in union with God. This priest said he could hardly wait to bring her Communion, as it was such an experience for him to be in her presence.

To reach this state of holiness involves cooperating and even asking for grace.

As I have mentioned so many times, one must first of all be orthodox. The Church cannot canonize protestants as they are living in heresy. Can some go straight to heaven?  I do not know that, but this would mean that a person has suffered through some particular grace and would desire to become a Catholic even though they could not for some reason. All souls in heaven are Catholic, as they have seen and perhaps suffered for their lack of orthodoxy, which is sin. Only the perfect are in heaven. 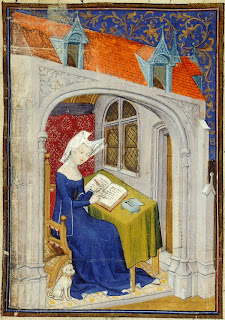 I personally have known two saints for sure. One is my sister who died at one in innocence and stands before the throne of God with all the baptised, innocent ones, who shine like pearls in heaven.

The second is a woman I knew who died suddenly. I have written about her on this blog. Her stubborn and recalcitrant husband who refused to become a Catholic did so the day before her funeral and made his First Holy Communion at her funeral. She died early on Wednesday morning, and her husband converted on Thursday, and her funeral was on the Friday.

However, several of us know she is in heaven, but we also know that after she died she did not go straight to heaven   This fact was revealed to two women independently who knew her, but who lived many miles apart. These two women knew they were called to pray for her soul for 24 hours. She was in purgatory for 24 hours for one sin, which some people would not think is a sin. So, she was not in the unitive state before she died, but very quickly entered heaven, and her life-long prayers for her husband were answered. All who knew her when she was alive saw that she transcended suffering to intercede for her husband before the throne of God, and the proof was in his immediate conversion. She was a quiet, humble person, unnoticed by the world. She was a stay-at-home mom until her children were grown-up, and she home schooled for awhile. Her life as a wife was difficult. She had no major illnesses, and died of a sudden brain haemorrhage. I pray to her. This is a mystery of grace, and those who went to her funeral, which I could not, as I was in Europe, sensed the holiness of the moment; a husband who for 25 years refused Catholicity, peacefully receiving Christ for the first time next to the coffin of his wife.

I have met some people on the road to saintliness, some in the Illuminative State. Some are very young people. One can see the fruit in their lives and one can listen to how they speak of Jesus Christ. They have broken away from mortal sin and are trying to break away from venial sin. They fast and do penance. 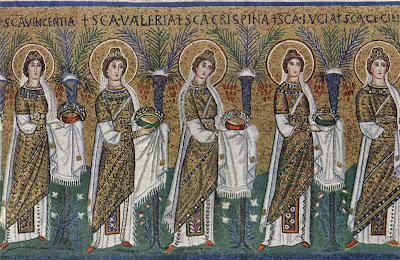 Most likely, these Millenials and youngest Gen-Xers will be called to do heroic deeds before death, perhaps even martyrdom.

Some will experience purgatory on earth.

So, do not call others saints. Do not assume most people are saints, as the life of virtues is not being lived by many, many Catholics, and many Catholics are not orthodox. Only the perfect see God, and this movement to heaven is our journey.

I remind readers that canonization is an infallible act, but being made a Servant of God, a Venerable, or Blessed is not.

St. John of the Cross expresses perfectly what the soul wants to experience with the Bridegroom.  He writes,

"Strange it is, this property of lovers, that they like to enjoy each other's companionship alone, apart from every creature and all company."

This tendency to want to get away from society and be with the other alone is a sign of true love. The love must grow, of course, and reach out to others eventually, but at first, one cannot wait to be with the other, alone.

Love which grows in this exclusivity will be strong enough to face the hardships of life and the challenges which come after marriage. This special love is so precious that one of my favourite memories is of a friend of mine whose husband phoned her daily at exactly the same time from his office as a doctor, or within the hour, after 25 years of marriage. The special love never died and was fed by the sharing of a life together and six children.  It was so touching to see this type of care for the moment when the two were just alone, even for a few moments on the phone, in a busy, busy day.

Dr. H. valued his time with his wife, and Mrs. H., his. Three of their children who have grown and left, as two are still at home, have made good marriages. Another one is still at university. The love of that couple formed the centre of the family  and will stay a centre in the hearts of their children.


John of the Cross explains that, "The reason they desire to commune with each other alone is that love is a union between two alone."

He understands this in normal, human relationships and in the soul's relationship with God. One must meet God alone.

This movement into solitude and quietude cannot happen without suffering.

People ask, "Why, why does one have to suffer to find God in the silence?"

Because one is full of idols, there is not enough room in the heart, the intellect, the soul for God.

Imagine if you fell in love with someone. Imagine if you wanted this person to love you. Then, imagine that the only time you saw this person was when you were both with other people; at parties, at meetings, in groups. You would suffer the pain of not being able to speak with that person alone, or just be, or better yet, listen to him speak to you.

All the distractions of the dinners, or parties, or groupings would take away from getting to know that person more intimately. Yes, one would still be in love, but a love thwarted, delayed, perhaps thought unrequited.

So, too, God waits as one talks with other people, as one engages in laughing, eating, moving about the gathering full of self and other people. He waits. God may even remove Himself from the room, and one may wonder where He has gone, and feel the pain of absence.

Sometimes, one has to go and seek Him, looking around the corner of a room, or a quiet place. One might have to wait for the Beloved.

Then, when the room is empty, or in a small corner outside, in a garden, or by a bench apart from others, or even in the darkness of the night outside, God returns. Then, in the emptiness and darkness, one finally hears His voice. The distractions, the idols are gone.

This is why one suffers-to be emptied of idols, sin, imperfections and finally, God comes into the emptiness in order to fill one with love.