Posted by Supertradmum
Journalists in the Vatican need excitement. They have used up all the possible ways to undermine Pope Francis and now desire to undermine the veracity of the Pope Emeritus' statement that he could not manage the papacy.

I personally find these article cynical and doubtful of the truthfulness of one who will be a doctor of the Church someday.

I also find that the idea of two popes is so ridiculous that I am surprised Rorate published these fascinating but damaging articles.

What is the point of making Benedict look like a liar?

What is the point of implying that the Holy Spirit could not guide Francis without Benedict?

What is the point of using an inflammatory phrase like "two popes"?

This idea plays into some of the traditional Catholics who may fall into schism. This type of journalism causes doubt and uncertainty and it both anti-papal and anti-Catholic.

Benedict retired, and he told us via symbols he would retire years before he did. I was not surprised.

I personally believed God inspired Benedict to so so.

The office of the papacy is not primarily political but spiritual. Sadly, those Italian journalists do not understand this.

They do not understand that the Church is not in the hands of men but in the Hands of God.

Conspiracy theorists would be better off praying and meditating on the Life of Christ, going to Adoration, and basically becoming holy rather than writing about behind the door activities.

This is a rant!

The law requires the defense secretary to notify relevant congressional committees at least 30 days before making any transfers of prisoners, to explain the reason and to provide assurances that those released would not be in a position to reengage in activities that could threaten the United States or its interests.
Before the current law was enacted at the end of last year, the conditions were even more stringent. However, the administration and some Democrats had pressed for them to be loosened, in part to give them more flexibility to negotiate for Bergdahl’s release.

Posted by Supertradmum
A new mini-series on Cardinal Manning's other book on the Holy Spirit. I am eager to share this with you. Check out Monday's blog.

Wake Up Time for the Eldest Daughter of The Church?


President Francois Hollande said Sunday that the suspect was “arrested as soon as he set foot in France.”
“The government is mobilized to track down jihadists and prevent them from causing more harm,” he said, adding that the action plan to fight them will “be strengthened in the coming months.”
According to the latest figures, some 780 people have left France to fight with jihadists in Syria

Posted by Supertradmum
I have written on this subject before, but it needs to be addressed again.  Most people do not understand that "shame" is cultural and "guilt" is personal. Natural law demands that we feel guilty about sin. To feel guilt deep down inside regarding serious sin is absolutely a normal response of a human being whose conscience is still active, still alive.

Only those who have deadened their consciences no longer feel guilty about serious and even venial sin.

Shame comes from a culture. Some cultures create criteria for shame. Some people feel shamed because of outside influences.

A friend of mine told me she would be ashamed to beg. There is no shame, per se, in begging for one's needs.

Another friend of mine noted that she felt shameful in her family, as they are all hyper-successful and she is not.

These two shames are imposed shames, put on a person by the larger culture in which they live.

Facing complete financial ruin and homelessness, I have had to deal with those who blame me for poverty.

Poverty happens for many reasons. I have had cancer, I have had asthma and many, many medical bills. I was a single mom, the largest group of poor in the States.

One may never be able, even with brains and gumption, to ever pull one's self out of dire poverty.

Yet, the vast majority of people I meet want me to feel shame.

Cultures heavily influenced by Calvinism, such as the Midwest, have created a shame culture. People complain about some of the poor who act "uppity". Can they not see that such attitudes are defenses against false shame? God asked us to love the poor, not throw money at them. The poor want to be independent, not dependent, not treated like stupid children.

God has allowed me to be humbled and I accept this. If I were in a convent, I would be embracing voluntary poverty, which is of a higher level, as it is freely chosen. I did choose poverty in some ways, like not marrying two millionaires who asked me long ago. I did not love them, and I do not believe in using people. They were good men but I knew we would not make a good couple in each case. One was not Catholic and the other was not a religious Catholic. It was not God's Will as the old adage that women can change a man is simply not true. We do not marry to convert. We marry in strength and in a common purpose to serve God, not man. I would never act out of utilitarianism or manipulation.

My son is God's Will. He belongs to God and to Mary, Our Mother. My son taught me not to feel shame. He grew up in poverty and accepted it with grace and panache. His peace and objectivity showed me how to be free of shame. I thank him for this grace.

For an independent one like me, poverty stops freedom. Poverty is a physical prison. One cannot do what one likes. I love to paint,  to walk long distances daily, to go to daily Mass and Adoration. I would love to have my own space, being an INTJ. These things are denied to me. Such is God's Will right now, perhaps forever. God knows and has known from all time. This does not mean I do not try to get out of the situation, of course.

People assume persistence creates results. I have applied for so many jobs I have lost track.

To be poor is to accept God's Will. It does not seem to be God's Will that everyone is wealthy, healthy and wise...

I shall take the wisdom first. Thank you. And, I am not ashamed if I am doing God's Will in my life.

One must accept the suffering God allows. Christ in the Garden of Gethsemane said this, and if Christ can say this, so can I.


who have not experienced human love. There is One Who Loves each one of us. This is our faith-He Who died for each one, including you, including me.

The Ascension, Heaven, Hell, and Purgatory

Posted by Supertradmum
This is the Feast Day wherein we celebrate Christ's return to the Father, sitting at His Right Hand, as we state in our Faith.

Christ's return was the end of His physical Presence on earth, except for the Eucharist. That Christ is in Heaven with His Glorified Body reminds us that those who persevere will also have their bodies in Heaven, after the Last Judgment.

Souls in Purgatory do not have their bodies. Souls in Hell, after that Last Judgment will.

Throughout all eternity, our bodies and our souls will experience either bliss or torment.

Pray for final perseverance. Many people will, tragically, go to hell without our prayers. Pray.

Here is a prayer from St. Alphonsus:

Eternal Father, I Humbly Adore and Thank You, for having Created me, and for having Redeemed me. I Thank You for having made me a Christian, by giving me the True Faith, and for Adopting me as Your Child in Baptism. I Thank You for having given me Time-to Repent, after my many Sins, and for having Pardoned all my Offenses. I Renew my Sorrow for them, because I have Displeased You. I Thank You also for having Preserved me from Falling-again, as I would have done, if You had not Held me up, and Saved me. But my Enemies, do not cease Fighting-against me, nor will they, until I Die. If You do not Help me Continually, I will Lose Your Grace again. I, therefore, Pray-for Perseverance till Death. Your Son Jesus, has Promised that You will give us whatever we Ask-for in His Name. By the Merits-of Jesus Christ, I beg You, for myself and for all those who are in Your Grace, the Grace-of Never-more being Separated-from Your Love. May we always Love You in this Life, and in the Next.
Mary, Mother of God, Pray to Jesus for me. So I Hope. So may it be.
Amen

Yet, Another Community Posting

Posted by Supertradmum
I keep changing the perimeters for the "last post" on community, but I believe I have helpful hints for those who are able to create pods and community.

1) When I was in community all those years, those who were in charge exhibited these characteristics-and they were all lay people, remember: a) their marriages were strong and in order; b) they were completely orthodox and not heretical or schismatic in intent; c) their kids were "in order" and all practicing.

2) A maturity of spirit was sought by each person; in other words, each person wanted to be holy, and serve God, which is why they were in the community.

3) There were common goals, such as the building of the community and the maintaining of it. Community came first, families second, and this ideal brought many, many extended families into the community.

4) Marriages came out of the community. Young people had common goals and common way thinking like Catholics.

5) Most of us knew how to live in large families and sharing was not hard.

6) Egos were set aside; no one could have their way of doing something but a common way.

7) Consumerism was not an issue. Eating, dressing and maintaing lovely homes were simplified on purpose.

I am beginning to think that the lack of family life in the past two generations-Gen X and Millennial, contribute to the problem of starting communities.

The US Is Asleep

Posted by Supertradmum
Will have to post later today. 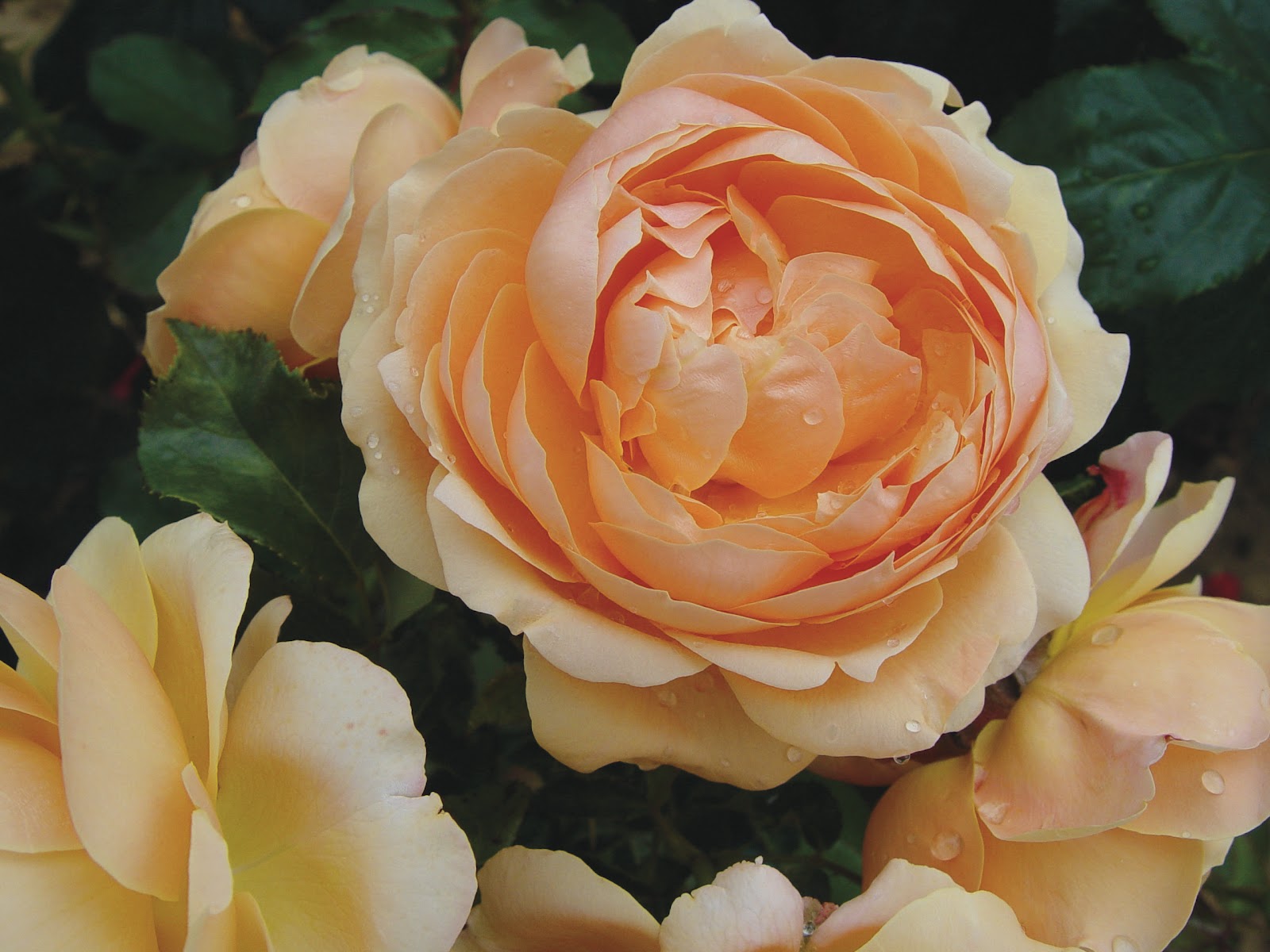 News on The Ordinariate Missal

We Are in Drought

A Reminder of A Holy Man

Just in case you missed this...