One Reason I do not support Rick Perry

Posted by Supertradmum
Some past politcal participants at the Bilderberg Group meetings--more found here, such as financial, academic, and military leaders of the USA. I never did trust William Buckley, whose name is on the list here. These people determine policy, not us.
https://en.wikipedia.org/wiki/List_of_Bilderberg_participants#United_States

Posted by Supertradmum
Political parties come and go. If one has not studied American or English history in school, one does not realize that the English speaking nations have seen the demise of several political parties, while others have risen.

IMHO, I think it is time for the demise of the GOP. There is no real difference between the Dems and GOP and has not been for many elections.

In 2000, I was an Iowa Caucus rep for Alan Keyes. Then, we needed new blood in the GOP. Fifteen years later, the blood has become more and more anemic.

Face it, the best chance for any change in America would be for conservatives to admit the death of the GOP.

Washington Dems rule, and no one cares on the other side of the aisle. Catholics have been lying to themselves for ages that the GOP is the part for life. Remember, Jeb Bush let Terry Schiavo die.

So it is with the long list of men who want to be president. Some are "nice guys" and some are not nice guys.

Some speak of values and some say the same-old, same-old.

This country absolutely does not need another Bush or Clinton. We need new ideas and new ideals.

Donald Trump is popular right now because he is flamboyant. We had one president like this, but that president was also a war hero, as well as a populist president--Andrew Jackson.

We do not need another Andrew Jackson.

We need new parties. Let the old ones die. Why not?

Posted by Supertradmum
...gets physical. I am still suffering from the allergic reaction, so keep me in your prayers. I shall try and post something meaningful later today. 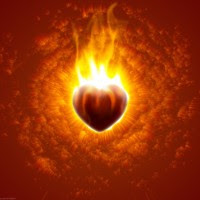