Thomas Ladner (in the photo) is a 36 year old Austrian priest, usually dressed in a cassock and collaborator in the parish of Stans, in Tyrol, a small town of 1500 souls, where he also teaches religion in the primary school. Before the end of the school year, he was informed of the withdrawal of his permit to teach by the diocese of Innsbruck. The priest’s fault, according to the diocesan school office, would be that he had spoken to his young students about The Four Last Things, among which he mentioned hell and purgatory; “lessons not suitable for children at their stage in life,” that he had dealt with themes on the family in “terms no longer up-to-date,” and of having used “rhetorical language,” or rather – too traditional.


more at the site

The Decay of Customer Service

Posted by Supertradmum
I shall give you all more details tomorrow, but an airlines wants to charge me fifty dollars for a typo they made on the boarding pass. Can you believe this? They are blaming the travel agent, who got it right. I have all the proof in hardcopies.

I was also spoken to rudely at customer service for asking why I should pay for a typo.

Amazing. What has happened to America? Well, this company has a blogger for a "customer", so we shall see what happens. And, I just read in US Today last week or so about this airlines making mistakes and having bad customer service. Hmmmm. Too bad I got the ticket before reading the article.

UPDATE--After some input from STM, the company changed my name today and did not charge me.

An Essay on Evil


This is one of the most difficult posts I have ever written. One of the things which Catholics must learn is to work with the virtues which God has given us in order to understand evil.

Understanding evil does not mean, as St. Thomas Aquinas assures us, committing evil. One can use prudence, temperance, justice and fortitude, as well as discernment to see what evil really is. Many young people become confused about evil and simply are so naïve that they do not see evil until, perhaps, they have fallen, Naïveté is not a virtue, but wisdom is.

Christ exhorted us to be wise as serpents and guileless as doves regarding the world. When we are faced with evil, we need both wisdom and purity. Purity gives one wisdom.

Humility whets wisdom. As one sees one’s own sin, one learns both to see good and evil.

I shall give these insights as bullets. This is not an exhaustive list.

Sadly, I come across such Catholics almost daily. I find that there is a tendency to excuse people by appealing to psychological problems or appealing to the victim status of the person in making excuses for such evils.

One must, absolutely, remove one’s self from daily contact with such people. Sometimes, this is impossible. I worked as a young person in a bookstore with a woman who was negative 100% of the time. Other people who worked with her either fell under her spell of gross negativity, or avoided her. As a very young person, I attempted to cheer her up, to no avail. She thought I was not worthy to consider, thank God.

In another job, another woman was equally obsessed with negativity. She poisoned the atmosphere of the workplace. Some people left the office, that is, quit the job, as they could no longer stand her constant negativity.

It is interesting that the above lady died early of cancer, and that the other woman became ill in young middle age. Many times, negativity takes its toll on the body. Not everyone who is ill is negative, far from it, but negativity and the evil of undermining good seem to lead to illnesses.

Why do people fall into the habits outlined in the bullets above?

Here is another list which may partly explain such evils.

Pray for those who have fallen into such evil. But, if you can avoid this poisoned atmosphere of such evil, do so. We must love our selves and we must tend to our own souls first, and then out of that love, love others. I have dear friends and readers who have shared with me that they must separate themselves from other friends and even family in order to avoid the daily barrage of evil.

God will strengthen us and make us strong against evil. But, this happens through purgation and humility. When we get to the point of being able to withstand evil without anger, but in a deep peace, then we know the gifts of the Spirit are being activated within us. We need to pray that those who wallow in evil are not sinning against the Holy Spirit, in the four sins which are those serious sins: presumption upon God’s mercy; despair; impugning the known truth; envy of another’s spiritual good; obstinacy in sin; final impenitence.

Pray for that state of goodness and holiness from which we can combat the milieu of evil if it surrounds us. We need more holy people in our Church.


A Review of Catechetical Basics Continued…

I want to remind all Catholics that to ignore the following basics through neglect or through not learning is a mortal sin. Here are the basics we must do to avoid falling away.

Rarely are these points discussed as necessary for a Catholic to know and to do unless they then fall into serious sin.

These are traditional teachings of days past. We have lost so much in recent years.

I pray that parents teach these points to their children.


A Catechetical Review of some basics. All these are covered in much detail both in the perfection series and in the series on virtue or virtues, the corporal works, the spiritual works and so on. Also, look at the tag or label of Holy Ghost or Holy Spirit, the seven deadly sins, the cardinal sins, the cardinal virtues, etc. See also my Advent series on the seven deadly sins.

The Three Theological Virtues are Faith, Hope, and Charity.

The Four Cardinal Virtues are Fortitude, Justice, Temperance and Prudence.

The Seven Gifts of the Holy Spirit are Wisdom, Understanding, Counsel, Fortitude, Knowledge, Piety, and Fear of the Lord.

The Spiritual Works of Mercy are To Give Counsel to the Doubtful, To Instruct the Ignorant, To Admonish Sinners, To Comfort the Afflicted, To Forgive Offenses, To Bear Patiently the Troublesome, To pray for the Living and the Dead.

The Corporal Works of Mercy are To Feed the Hungry, To Give Drink to the Thirsty, To Clothe the Naked, To Shelter the Needy, To Visit the Sick, To Visit the Imprisoned, To Bury the Dead.

The Four Sins Which Cry Out to God for Vengeance are Willful Murder, Sodomy, Oppression of the Poor, Defrauding Laborers of Their Wages.

The to Be an Accessory to the Sin of Another Person are By Counsel, By Command, By Consent, By Provocation, By Concealment, By Partaking, By Silence, By Praise or Flattery, By the Defense of the Ill Done.

The Three Evangelical Counsels are Voluntary Poverty, Obedience,  and Chastity.

The Three Best Good Works are Prayer, Fasting, and Alms-Giving or Works of Mercy.

Hello to Readers in Taiwan 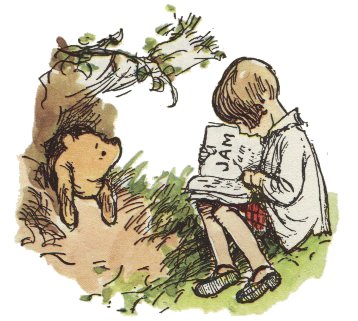 Posted by Supertradmum
I have several posts on this Doctor of the Church in my series. Just follow the tags and labels at the side.

The longest time in my life

Posted by Supertradmum
...I have not seen STS. Almost nine months. 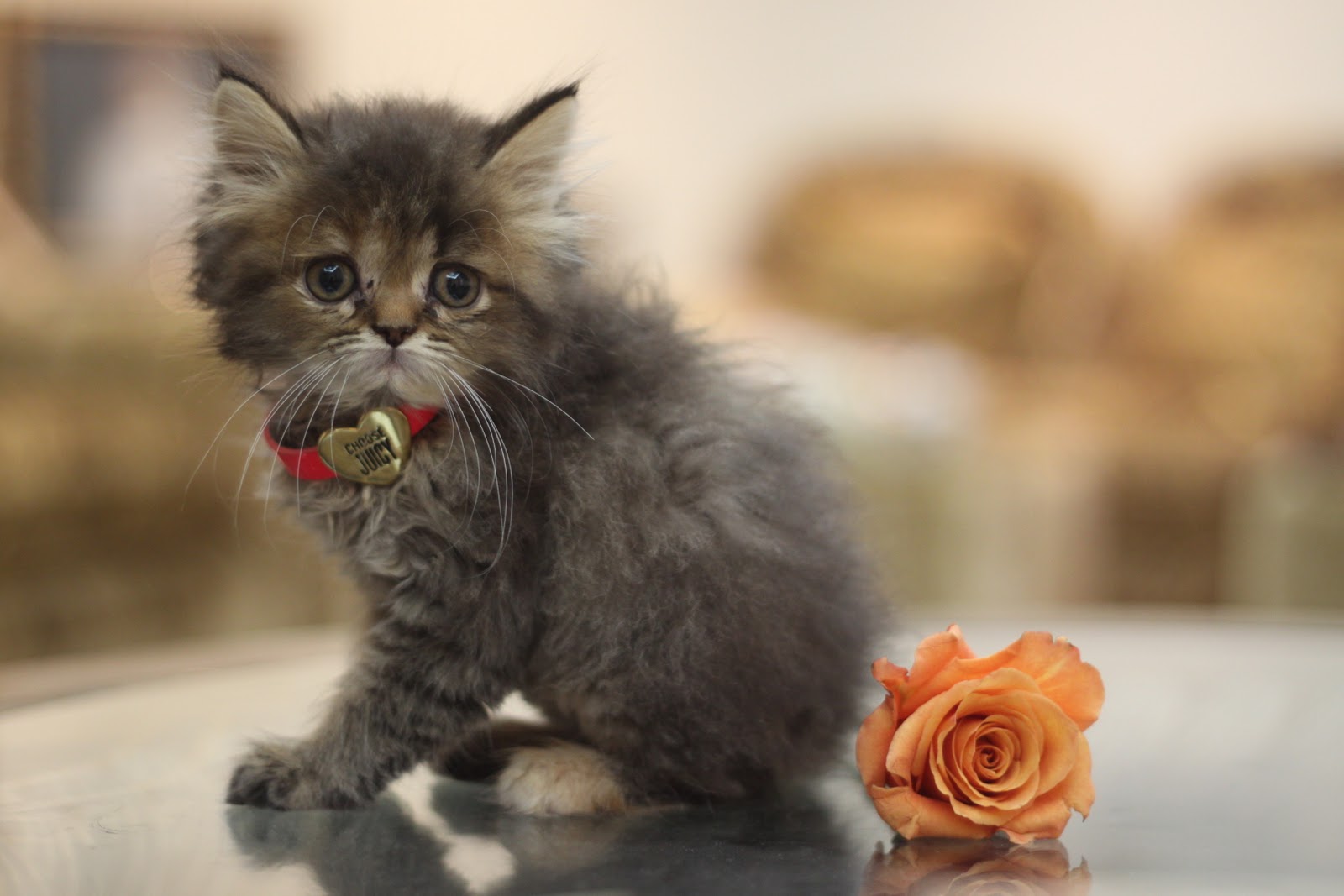 A Plea to The Knights of Columbus

Posted by Supertradmum
Over 100 dioceses have accepted the horrible Common Core. Follow my tags.

I have seen advertisements among certain chapters of the Knights raising money for schools in those dioceses which have sold out to Mammon.

Why? Why are the Knights not at the forefront of confronting the evils of Common Core? So many parents tell me that they had NO say in their dioceses' decisions to adapt that system which will put your children in databases until they die, label them as trouble-makers in the system, if you do not want them to take gender choice classes, and make sure if they are pro-life, they will never get ahead in this world, because of the system.

I plead with the Knights to stop supporting Common Core so-called Catholic schools.

Do they care that the government will turn your children against you and your beliefs?