Our Lady of Walsingham, Pray for Us

Prayer to Our Lady of Walsingham
O Mary, recall the solemn moment when Jesus, your divine Son, dying on the cross confided us to your maternal care. You are our Mother; we desire ever to remain your devout children. Let us therefore feel the effects of your powerful intercession with Jesus Christ. Make your name again glorious in this place, once renowned throughout our land by your visits, favours and many miracles. Pray, O Holy Mother of God, for the conversion of England, restoration of the sick, consolation for the afflicted, repentance of sinners, peace to the departed. O Blessed Mary, Mother of God, Our Lady of Walsingham, intercede for us. Amen.

More on evil from the Catholic Encyclopedia 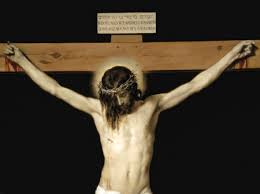 The disorder in the temporal order is due to Original Sin. Adam and Eve started the whole problem of evil in the natural order. We cannot deny this. The world was created in a perfection which was lost by sin and the consequences of sin.


Evil is threefold, viz., "malum naturæ" (metaphysical evil), "culpæ" (moral), and "paenæ" (physical, the retributive consequence of "malum culpæ") (I, Q. xlviii, a. 5, 6; Q. lxiii, a. 9; De Malo, I, 4). Its existence subserves the perfection of the whole; the universe would be less perfect if it contained no evil. Thus fire could not exist without the corruption of what it consumes; the lion must slay the ass in order to live, and if there were no wrong doing, there would be no sphere for patience and justice (I, Q. xlviii, a. 2). God is said (as in Isaiah 45) to be the author of evil in the sense that the corruption of material objects in nature is ordained by Him, as a means for carrying out the design of the universe; and on the other hand, the evil which exists as a consequence of the breach of Divine laws is in the same sense due to Divine appointment; the universe would be less perfect if its laws could be broken with impunity. Thus evil, in one aspect, i.e. as counter-balancing the deordination of sin, has the nature of good (II, Q. ii, a. 19). But the evil of sin (culpæ), though permitted by God, is in no sense due to him (I, Q. xlix, a. 2).; its cause is the abuse of free will by angels and men (I-II, Q. lxxiii, a. 6; II-II, Q. x, a. 2; I-II, Q. ix, a. 3). It should be observed that the universal perfection to which evil in some form is necessary, is the perfection of this universe, not of any universe: metaphysical evil, that is to say, and indirectly, moral evil as well, is included in the design of the universe which is partially known to us; but we cannot say without denying the Divine omnipotence, that another equally perfect universe could not be created in which evil would have no place.
St. Thomas also provides explanations of what are now generally considered to be the two main difficulties of the subject, viz., the Divine permission of foreseen moral evil, and the question finally arriving thence, why God choose to create anything at all. First, it is asked why God, foreseeing that his creatures would use the gift of free will for their own injury, did not either abstain from creating them, or in some way safeguard their free will from misuse, or else deny them the gift altogether? St. Thomasreplies (C. G., II, xxviii) that God cannot change His mind, since the Divine will is free from the defect of weakness or mutability. Such mutability would, it should be remarked, be a defect in the Divine nature(and therefore impossible), because if God's purpose were made dependent on the foreseen free act of any creature, God would thereby sacrifice His own freedom, and would submit Himself to His creatures, thus abdicating His essential supremacy--a thing which is, of course, utterly inconceivable. Secondly, to the question why God should have chosen to create, when creation was in no way needful for His ownperfection, St. Thomas answers that God's object in creating is Himself; He creates in order to manifest his own goodness, power, and wisdom, and is pleased with that reflection or similitude of Himself in which the goodness of creation consists. God's pleasure is the one supremely perfect motive for action, alike in God Himself and in His creatures; not because of any need, or inherent necessity, in the Divinenature (C. G., I, xxviii; II, xxiii), but because God is the source, centre, and object, of all existence. (I, Q. 65:a. 2; cf. Proverbs 26 and Conc. Vat., can. 1:v; Const. Dogm., 1.) This is accordingly the sufficient reason for the existence of the universe, and even for the suffering which moral evil has introduced into it. God has not made the world primarily for man's good, but for His own pleasure; goodfor man lies in conforming himself to the supreme purpose of creation, and evil in departing from it (C.G., III, xvii, cxliv). It may further be understood from St. Thomas, that in the diversity of metaphysical evil, in which the perfection of the universe as a whole is embodied, God may see a certain similitude of His own threefold unity (cf. I, Q. xii); and again, that by permitting moral evil to exist He has provided a sphere for the manifestation of one aspect of His essential justice (cf. I, Q. lxv, a. 2; and I, Q. xxi, a. 1, 3).

A little bit on evil one

Evil has been defined as both the opposition of good and the absence of good. The common understanding of evil is that it is a negation of good, or the absence of good. For example, if there is a tornado, the odd weather patterns, out of the control of humans, must be accepted as part of a larger scheme of Nature, causing evil, not necessarily by the design of a malevolent force, such as the devil, but as the permissive will of God, or even, in the long run, the perfect will of God. We do not understand our own part in the history of evil. We cannot understand the death of a young soldier walking on a sunny street in London today by two crazed Muslims anymore than we can understand the death of the children in Moore. Such evils are beyond rational explanation, and even scientific examination.

Nature, as created by God, is objective and not subjective. A tornado is however, subjectively evil, as it kills and destroys people and things dear to people, but not in the same way which abortion or homosexual relations are objectively evil. Intrinsic evil must involve a decision. If there were no houses and merely the plains of Oklahoma to meet the tornado's power, we would not even think of it as evil.

Who decides tornadoes? Nature works as it was created to be, by forces, mostly beyond human control.

People who create evil choose that evil for many reasons. Ideology is merely one. Selfishness and pride are the most common reasons for evil.

God in His discussion with Satan in the Book of Job allows evils, even the death of children, to afflict Job. The story teaches us many things, but one is that we cannot understand God or His Ways. We simply cannot.

However, evil is something which is obviously growing around us.

That there is a lack of perfection in the world of Nature and in our own natures seems too obvious to mention, and yet, people ask constantly, "Why does God allow this?"

Perhaps we are entering into a time of great trial because of the great sins of nations, like the passing of the SSM bill here yesterday, or the ideology of Islam. Those are human constructs and it is much easier to understand the evil perpetrated by humans than those objective and remote natural evils, such as drought or flooding.

It is important not to think that evil is inherent in nature. God is in control of Nature. It is one of His creations, like animals and plants.  There is a scheme of things in God's Plans which we cannot see, being finite. One can say, with Augustine, that evil may be used by God for punishment and trial and, indeed, that is so. Therefore, even catastrophes are in a mysterious plan, which we cannot comprehend, but accept in humility and patience.

Human evil based on free will choices and here is the Catholic Encyclopedia on three aspects concerning evil. When trying to deal with evil, we must consider

There is therefore no "summum malum", or positive source of evil, corresponding to the "summum bonum", which is God (I, Q. xlix, a. 3; C. G., III, 15; DeMalo, I, 1); evil being not "ens reale" but only "ens rationis"--i.e. it exists not as an objective fact, but as a subjective conception; things are evil not in themselves, but by reason of their relation to other things, or persons. All realities (entia) are in themselves good; they produce bad results only incidentally; and consequently the ultimate cause of evil if fundamentally good, as well as the objects in which evil is found (I, Q. xlix; cf. I, Q. v, 3; De Malo, I, 3). Thus the Manichaean dualism has no foundation in reason.

Posted by Supertradmum
The horrific murder and beheading of a young soldier in broad daylight by Islamic terrorists and the beheading of his body, all happening in Woolwich on the street, has created a nervous nation here. Sadly, the vote for SSM was passed last night and has very little coverage. The Queen only has to sign it into law.