Lenten Recipes for those not eating meat and some non-dairy

Posted by Supertradmum
As one who was a Byzantine Catholic, it was important for me to develop meatless, egg-less and dairy-less recipes for the long forty days of fasting. Even after leaving the Ukrainian community, I kept the fast in my family. I thought I would share a few simple recipes for those who are wondering what to cook in Lent. Most are easy, as I was a working mum. My motto was if I can do it the day before and heat it up, such as with soup and chili, that was great. But, most of these take less than 45 minutes.

Vegetable Tortilla and Fish Wraps
One may use any fish, such as cod, sea bass, white fish, or tuna fillets: if you have a party outside Lent, use salmon fillets for a treat. By the way, I never fry fish, but lightly grill or broil it. Broil fish or use grill with a small amount of olive oil

Add either green chili sauce, or red chili sauce on top. Picante sauce was a favourite in the family.

Serve with fresh tomatoes and Parmesan cheese on the dairy day.


Lentils and Leeks
Cook either red or brown lentils, drain well
Add ground pepper, sauteed onions (in olive oil- no dairy), and a bit of coriander seed, paprika,
parsley and thyme. I put rosemary in everything--see below on herbs.

Cut up leeks and fry in olive oil.

Serve with fresh bread and olive oil and chili pepper bread dip or humus and pita bread, if there is no dairy in the humus. You will notice we eat a lot of pita bread, or we would make Naan bread during Lent.

Barely cook celery, red and green peppers,  and carrots as well separately. Saute onions or use fresh spring onions. Use olive oil. Carrots may be omitted.

Make brown rice and drain as usual. Choose nuts which are low in strong tastes, such as walnuts and not peanuts or pine nuts. Chop up nuts and add celery, peppers, onions, carrots, all lightly sauteed in oil above. Do not overcook veggies. Spice with pepper, rosemary, basil, and mint. Serve beets on the side with balsamic vinegar or if marinated as suggested, better. Serve cooked veggies on top of rice. I used sea salt on veggies, but never cook with salt.

Serve with pita bread and olives, and if it is a dairy day, use feta cheese with pita bread. You can cheat and buy ready-made red beets in vinegar or pickled beets. Also, can serve with raita--family favourite--with the pita or Naan bread.


Greek Salad
Use romaine and red leaf lettuce or a mixture of spring greens. Cut up assortment of olives, spring onions, even small pickled onions. Add feta cheese and pine nuts, or if allergic to pine nuts, use walnuts.

Serve with garlic bread if is a non-dairy day made with oil, not butter

Or, serve with vegetable soup mix below.


Asian Lettuce and Vegetable Soup for Lent
Use non-meat stock made with butter beans and haricot beans in large soup pot.
Use carrots, celery and red potatoes as wanted, but potatoes are optional in this Asian-like soup--add kale shredded so that it breaks down, or for a stronger taste, use Asian Mix Lettuce. Use one large onion. Two to three bay leaves. One can also use a little bit of lemon grass, but not too much.
I usually make this the day before I serve it so that the flavors have a chance to set.
Add garlic, rosemary,  turmeric, pepper, and ginger. Paprika may also be used.


Meatless Chili
Make day before serving and cook in large soup pot
Use fresh kidney beans and fresh navy beans. Two large onions. Cook well with garlic, cinnamon, oregano, paprika, chili, marjoram, cumin and pepper to taste. I also throw in several bay leaves.
Add to large soup pot, one even tablespoon unsweetened cocoa. Use two large cans tomatoes and two cans tomato paste.  The longer it cooks, the better it tastes. If you use less water, you may put this chili on a baked potato. I usually made it as chili soup, with more water.

Serve with crackers and cheese, if a dairy day, or if a non-dairy day, with pita bread, lettuce, onion, and tuna. Or serve with pita chips and olives.

Tuna goes further if used as an accompaniment to another dish, such as soup and rice. Tuna can be used easily in pita bread sandwiches, with spring onions, tomatoes, (I omit cucumber, as I am allergic, but that is a possibility) and olives. Remember which day is the non-dairy. We just omitted meat entirely except for Sunday.


Hot Brie
On the dairy day, take Brie and add small amount of butter. Place under broiler for six minutes or so depending on age of Brie. Serve hot with flat bread or garlic bread. You may add nuts such as almonds. to top of Brie under the broiler, if so desire for more protein. Can serve with simple salad, as it is rich. Nice on a cold day in Lent.

A variation of the Hot Brie is to take cherry tomatoes, cover lightly in olive oil and grill, serving tomatoes on top of Brie with bread.


Cold Tomatoes and Asiago Cheese
Cut up tomatoes in slices. Cut up cheese in slices and serve on tomatoes with basil. Serve with large crusty bread slices or Bethlehem Bread, which is not the one which has yeast but the flat bread with herbs, sometimes called Holy Land Bread.


Note: I just used French Provencal herbs for everything, including the chili and soup recipes. You can make your own up with savory, fennel, lavender, basil, and thyme and keep it in a jar for daily use. Very handy unless you want an Italian taste to your soups and chili, in which case you use the oregano and rosemary mixes. Garlic goes in everything. During Lent, herbs are more important, I think.


I shall share some curry recipes next time I do this type of posting. Meatless and dairy-less curries are easy.

Posted by Supertradmum
I had my son in England almost 24 years ago. When I went for the ultra-sound in the London area, I was told that the technician could not tell me the sex of the baby in the womb, "because some women abort for reasons of gender." Now, there is an outcry. This report from LifeSiteNews highlights the hypocrisy of the abortion industry in Great Britain. When I told pro-life Catholics involved in SPUC and other groups, they denied this was happening. Why the denial? There is a crazy idea in Great Britain, and in Ireland, that just because something is illegal, it doesn't happen. It does, it has, and it will again. Sex-selection, or gender-selection causing abortions has been going on for at least a generation in Great Britain. Stop lying to yourselves, populace and pro-life workers. Here are two snippets from this disgusting information in this important article.

Stephenson’s work brings him into daily contact with abortion-minded women. He said, “One girl who came across us in Brighton told us she had an abortion because she didn’t think her dog would cope with a baby.


Since the Abortion Act was amended in 1990, there are no restrictions at all on killing children with disabilities, a change that pro-life leaders denounced as outright endorsement of eugenics. While the law states that abortions can be carried out only with the signature of two physicians, it has been revealed that most abortion facilities keep stacks of pre-signed permission forms on hand, making this “restriction” effectively meaningless.

A Question of Skills and Interest Lacking in Ireland 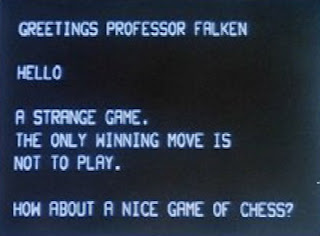 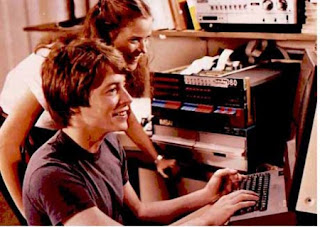 An Irish Times online article in January exhibited a problem I have seen since I have been in Ireland. The technology gap is obvious even in the social sphere. I have sat in cyber-cafes where a few foreigners, non-Irish, have been the only ones with computers, or cells, online. Why? In the States, such cafes would be full of students online having coffee and discussing things. The same was true in other European countries I have visited recently-lots of cyber activity. Walking around Dublin, the capitol for several days, I have seen two middle-aged men with laptops, and no youths with such or notebooks, but plenty of young people. Even cell phones are rare. Why? Why do so many cafes not even have Wifi? In one of the most popular malls in Dublin, only one cafe has Wifi, and only for 20 minutes at a time.  I was amazed, and was perplexed until I saw a chart from 2009-2010 which indicated that out of 29 countries in technological skills, Ireland was 24th. Not good. And, the article quoted here shows me the problem-the education system is way behind the need. Is it money, or a lack of creativity, or what? I have been watching students come and go in an area with Wifi, and not one has been Irish. Let me quote the article:  The entire curriculum in science and technology needs creative restructuring. Not one single Irish student should be able to finish their years of schooling without knowing some basic programming. One thing is for sure: unless something is done, our poor showing in ICT, starting at schools level, will increasingly limit this nation’s creative capabilities and economic possibilities.
I suggest this has already happened. I realize that surfing the web is not programming, but the interest needs to be encouraged and the two are connected. Since 1970, when computers looked like the monster in War Games, I have worked with computers. I started with the IBM System/3 punch cards. One learned computer languages and DOS, before things got easy. What happened here? I have not met people even ten years younger than myself, much less my age, who are even basically computer savvy. I am beginning to understand why Ireland has had so many financial difficulties. Despite the world-wide downturns, the infrastructure of skilled labor must be in place. I do not see it here socially. The other problem is access. How can a capitol of a nation lack easy computer access and Wifi access for the public? If I had not spent several days in Dublin, I would have thought this phenomenon was merely a country matter, as a town I was in for some time only had the Internet in the library and in the McDonald's. But, it is not. It does not even seem to be a priority. Here and there are two more reports. Also, there is an upcoming conference advertised on this site. But, the answer is not to be found in the gaming industry, but the educational system. I realize as a teacher that the computer does not take the place of basic, old-fashioned skills such as reading, writing and arithmetic, but computer skills are necessary for competition in the business and academic worlds. The creativity of several generations may have been lost here.