St. Lawrence, Deacon, is one of those saints we all seem to know. His story was one of the first I remember as a child. He has many churches in England named after him. He has been painted over and over again through-out the ages. He is so loved, that my Monastic Diurnal has vigil prayers for him.

His popularity has to do with his sense of humor. But, I want to highlight something which makes him a real saint for today.

Last Winter, a friend of mine was in a discussion with rather important Catholics at a dinner. They were complaining about the riches of the Church and how Rome should sell its finery, jewels, artworks, Papal vestments and give the money to the poor.

There is a heresy hidden in this so-called charitable point of view.

When the evil Prefect of Rome demanded that the Church give over its riches to the State, St. Lawrence said he would show them the riches. He gathered up the poor and irritated the Prefect with the answer that the poor were the riches of the Church.

What a cheeky saint! But, he was making two points. One, that the real riches of the Church are hidden in the lives of those who suffer daily. Those to whom we must and are called to give to daily give us riches in return. God allows poverty for our sanctification.

Also, the Church has a right to worship God in a manifestly beautiful way. God is Beauty. He is Almighty, and He deserves the best.

If I really love someone, I dress and act my best in their company. I am raised above myself to a higher standard. I am made into a better person through love.

So, too, the Church is made holy by real love of the poor and love of God.

I wish I could have been at the dinner, but it was above my social standing! Ironic. It is always the rich who want to take away from the Church, instead of looking at themselves. My friend, who was the lone voice of Catholic reason, could discern the avarice in the people who were protesting too much. Funny thing is that most of them are socialists.

St. Lawrence would have a quip for them as well. Happy Feast of St. Lawrence.

More on modesty in swimming and immodesty in the Olympics

Posted by Supertradmum
I have some good friends who have been feeding me information on modesty. God bless them. Here is a great quote (1959) from Enrique Cardinal Pla y Deniel, of Spain, and a Spanish Cardinal would know something about this subject.

“A special danger to morals is represented by public bathing at beaches, in pool and river banks… Mixed bathing between men and women, which nearly always is a proximate occasion of sin and a scandal, must be avoided.”

I have always thought that swimming with one's own sex is a great idea, for many reasons.

Plus: "Do they not see the harm resulting from excess in certain gymnastic exercises and sports not suitable for virtuous girls?"

"in gymnastic exercises and deportment special care must be had of Christian modesty in young women and girls which is so gravely impaired by any kind of exhibition in public."
Pius XI, 1929

We have really moved far away from this.

Posted by Supertradmum
A few days ago, I highlighted this on my blog and added the petition link from Michael Voris. This is unconscionable  How can Cardinal Dolan invite POTUS to this meeting? I am truly upset by this and the President must be uninvited, now. This is a major scandal.

Pray for our brothers and sisters in Christ

Posted by Supertradmum
Some of us who knew what was behind the uprisings over a year ago in Egypt are not surprised at this. That this article follows one of a martyr of the 20th century is also apropos.

Copts to be Excluded from Egypt’s Constitutional Committee for Believing Jesus is Son of God?

A Muslim lawyer in Egypt is arguing that, because Christians believe Jesus is the Son of God, they are clearly polytheistic infidels, and not the “Christians,” the “Nassara,” that the Koran speaks tolerably of, on occasion. Accordingly, Egypt's Copts, because they profess the Trinity, must be barred from having any say regarding the new constitution. “Lawyer Requests Exclusion of Copts from Constitutional Committee for being ‘Polytheists,’" from Coptic Solidarity, July 30:

Sherif Gadallah, a lawyer from Alexandria has submitted a report to the public prosecutor, against the president of the court of appeal, the Grand Imam of Al-Azhar Mosque, the interim Pope of Alexandria as well as President Mohamed Morsy requesting the exclusion of Copts from the committee in charge of forming Egypt's constitution, claiming that Orthodox Copts are not representative of Egypt's Christian population, because they are simply not "nassara"; a substitute term employed by Salafists to refer to people of Christian faith, this term has developed pejorative connotations, being used by those who loathe Christians the most; the use of which often justified by the fact that the term "Christian" was never mentioned in the Quran.
According to Mr. Gadallah Orthodox Copts are not "Nassara, or even Christian"; they can be counted among the "polytheists" which makes them non-representative of Egypt's Christians.
Mr. Gadallah bases his request on purely Islamic grounds. He states that the essence of all heavenly religions is that "Allah is one and there is no god but Him", and that the prophets of Allah, Moses, Eissa [Arabic for Jesus] and Mohamed, are but humans sent by Allah to pass along His message to His Creatures, so if a certain denomination of a certain religion claims that their prophet is the "son of God" or "is God", it is then considered infidel and a dissident of that religion. Gadallah goes on to ask the Grand Mufti to have Al-Azhar issue a clear statement about the verdict of Sharia regarding Copts who claim that Jesus is the son of God…

The Woman for Our Age 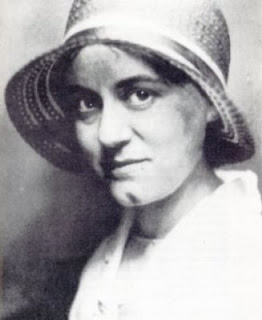 I first "met" St. Teresia Benedicta of the Cross as Edith Stein many years ago when I was seriously studying Phenomenology for about eleven years; this was before she was a saint. She was the greatest pupil of Edmund Husserl. I can identify with her on several accounts. She was Jewish and I am part Jewish on my mother's side of the family. She lost her Jewish faith and became an atheist. I became an agnostic in college studying philosophy. She studied Phenomenology and so did I. But, later in her life, she left that school of thought and went back to Thomism. I did the same thing, quite spontaneously. She loved the spirituality of the Carmelites, and so do I, although I am more Benedictine by practice and temperament. But, she took St. Benedict's name as well as Teresa of Avila's for her name in religion. I claim her for a personal patron.

It is good for women in my generation to have St. Teresia Benedicta as a role model. As a single woman in the world of academics, she was brilliant. She was obedient and an excellent nun. She converted her sister. She lived in the same era as my grandparents and parents. She died a martyr for the Faith. 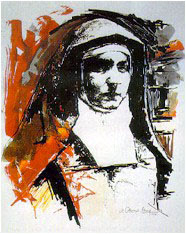 I love her and I am so glad she is one of the patrons of Europe. Pray to this great saint for strength in the horrible times to come. She is the woman for our age.

Modest Swimwear--dipping into a contentious subject

Posted by Supertradmum
I used to swim, but have not since I have had cancer operations for various reasons. However, I always manage to find relatively modest swimwear by a company called Rose Marie Reid, which to be honest, I do not know if is in the modest swimwear business anymore.

Here are some examples, which by today's standards are modest. But now, there is a company which makes even more modest swimwear, which I and some of my trad friend like. The company, Meant to be Modest has adorable swimwear for girls and adults, which I think I might try.

Unlike Rose Marie Reid, who did show a lot of leg, these newer styles seem possible for swimming unless you are in the Olympics and need Speedo.  Here are some examples. I thank my friend "I" for reminding of this site which I looked at last year. I love the lycra prints here at this page. Tell me what you think.

In this day and age of the over-sexualization of little girls, these swimsuits are great.