On magical thinking and Catholics 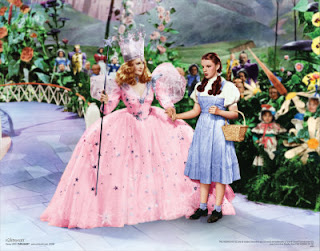 I must write on the difference between magical thinking and belief in devotions. There are many Catholics, and sadly, many are Charismatics, who believe if someone does something, either with medals, cards, holy water or holy salt, that there will always be a one-one correspondence to a spiritual occurrence. Most of the time, these ideas are held by lay people, and not priests, who having been trained in sound thinking, realize the limitations of sacramentals, which are there to encourage the faithful in devotion.The idea behind magical thinking is that if one either does a certain activity, or if on repeats a certain ritualistic action, a certain good, or in the case of nasty people wanting to curse someone, an evil outcome will occur.

While not denying that certain actions do bring about grace, and these are called the Sacraments, which are efficacious, in that something happens when the material events occur. For example, Catholics know that when the water is poured over the person's head in baptism with the Trinitarian words given to us by Christ, that Original Sin is taken away, sanctifying grace enters the person, and that person becomes a child of God.

Magical thinking would make things or events into sacraments, that is, turn certain activities into efficacious events, when these are not.

If one is in mortal sin and wears a Miraculous Medal, if one does not repent, the medal will not stop one from going to hell. The idea that a medal, in and off itself, with keep one from hell is simply not true. For the believer, for the person who honors Mary in the heart, the medal represents an existing spiritual reality, that is, love and devotion to the Blessed Virgin Mary.

How to separate real supernatural thinking from magical thinking is difficult, in that humans want to control their lives and the lives of others with things. This is a common problem, as we all want to play God and be in control.

Real religion tells us that we are not in control, and that our wills need to be conformed to the Will of God. No amount of magical thinking, wearing medals, novenas, and prayer meetings will necessarily save us, if our minds and hearts, and our souls are not conformed to Jesus through the Teachings of the Catholic Church. We can only be saved through Jesus Christ and the merits of the Catholic Church.

A sign of a false religion is frequently the reliance of exterior pity, or externals talismans. For example, if one believes that if they have a rabbit's foot, good luck will happen. Or, if one says a certain number of prayers, then one is holy, or if one faces in a certain direction for prayer, one gets more merit. Not so.. The only way to God is through Christ and His Church. Nothing external can make one holy, or even a place holy, unless this is determined by the Church. Shrines are merely superstition if not approved by the Church, or if there is not a long history of devotion attached to such, which usually means the Church has approved the place, the spring, the chapel, etc.

Our family always marked the top of the doorway on January 6th with the initials of the three Kings and the year's date. However, even though this pious custom invokes those three saints to bless people going in and out, it is not a given that burglars will not enter the house and steal things if I leave the door open by mistake, which happened. The natural act of leaving a door open led to theft, and that it was not worse could be attributed to the Three Kings, but such a cause and effect would be magical thinking.

Just a reminder, there is no such thing as a good witch, as cute as Glinda was in the movie.