Ah, this should have been on cute day... 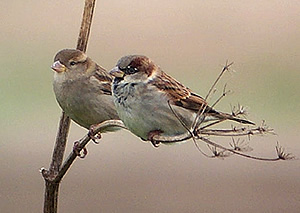 Notice the one in front not paying any attention. How about some captions?

Posted by Supertradmum
When I was living in Ireland for three months, I really became weary of people trying to convince me that Ireland was Catholic. Judging by political views, views on contraception, and views on homosexuality, as well as low Mass attendance, I could tell the country had slipped away long ago. Irish Catholics were deluded. Now, I have some hard statistics to back up my experiences. LifeSiteNews has an article on the facts behind Ireland's collapse as a Catholic country. I have some respect for those people who state they are atheists or no longer believers, and I have no respect for those who pretend to be what they are not. To be, Ireland was happier and holier when the people were pooer. Sexual ethics is now a serious problem. Ireland is a missionary country. Sadly, the Eucharistic Congress revealed some of the problems clearly, as with poor catechesis, outdated emphasis on what is crucially important and aberrations in the Liturgy. Here is a section of the long article.

Ireland is now among the top ten nations with the largest number of convinced atheists, following China, Japan, the Czech Republic, France, South Korea, Germany, the Netherlands, Austria, Iceland and Australia.
At the time of the 2006 census, 87.4 per cent of Irish registered themselves as Catholic, which number had dropped to 84.2 per cent by 2011. A study undertaken by Georgetown University found that in 1980 Ireland’s Catholics had one of the highest rates of weekly Mass attendance in the world. This rate, however, has dropped precipitously from 81 percent in 1990 to 48 percent in 2006.
According to archdiocese of Dublin’s figures, weekly Mass attendance in the diocese, the area with the lowest States of adherence in the country, had fallen to 18 percent by 2011. In May last year, the Irish Times reported that among younger people, the number attending weekly Mass in Dublin was around 2 percent, according to the archdiocese’s own records.
A 2012 survey, conducted by the Association of Catholic Priests, a dissident group seeking to change Catholic teaching on sexuality and women’s ordination, found that weekly mass attendance for the whole country stood at about 35 percent with previously common daily attendance being about 3 percent.
The same survey also indicated that acceptance or understanding of Catholic teaching on key cultural issues was low, with 87 percent feeling the Church should abolish mandatory priestly celibacy and 77 percent saying that women should be allowed to be ordained to the priesthood. About 60 percent “disagreed strongly” with the Church’s teaching on homosexuality and only 20 percent agreed that sexual expression outside of marriage was immoral. Three quarters said that the Church’s teaching on sexuality is “not relevant” to them or their families.


This is a traditional Catholic blog. I remind people of this, as some commentators cannot understand what that means. It means that anything which is against the teaching of the Catholic Church, or things which have been condemned by the Catholic Church are simply not endorsed.

Much alternative medicine cannot be accepted. It is based on Eastern ideas of the body and soul which are not Western or Catholic. Here is a quotation for my often quoted Jesus Christ Bearer of the Water of Life.


There is a lot of misunderstanding on the points of alternative medicine. When philosophies of the body and soul do not include or are at odds with the Catholic definition of the body and soul, one cannot take part in those ways of healing. Here is a list of the false and pagan ideas which influence New Age approaches to healing. One must not think a compromise is possible.

Do not forget Pat Buchanan


The man is a political genius and should be read and listened to....http://buchanan.org/blog/the-natural-map-of-the-middle-east-5194?utm_source=feedburner&utm_medium=feed&utm_campaign=Feed%3A+PatrickBuchanan+%28Pat+Buchanan+Update%29