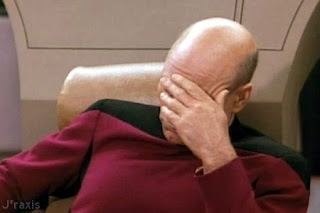 Why so many of my dear friends are obsessed, or at least, distracted by private revelations may be based on four points. Number one reason: not all traddies are well catechized in the Teachings of the Catholic Church. Simply put, there is a lack of interest and passion for the beautiful teachings of the Catholic Church. Ignorance does not feed interest, knowledge does. The second reason is that some traddies think that experiential religion is more important that rational religion. This may seem odd, or even out-of-character for a traddie, but some want the TLM for the experience rather than the theology. Third, Gnosticism is alive and well in some traddie circles-that is, people who feel that have special or inside knowledge of spiritual things gravitate either to New Age groups or traditional groups. Last, superstition is the lazy evil of the age. It is easier to accept emotional causality, which is basically anti-intellectual. The anti-intellectuals are not all liberals.

God would not tell the Mayans something outside of Revelation 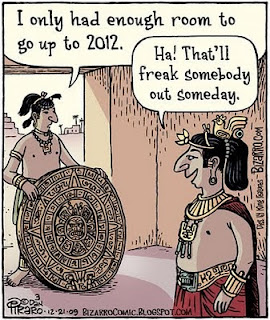 Narcissism can ruin a country. In Japan, on this link, one sees one of the reasons for the plunging birthrate.  Young people are not "falling in love". Generations of selfish pursuits and the cult of childhood created a narcissistic culture where young people not only do not want to sacrifice, but do not know how to sacrifice. The greatest joys of love, real love, wanting to please the other, giving up time, energy, money, even talents to have children, dying to self in order to love freely without expectation--all of these experiences and virtues seem a fantasy to these youth, or they do not even imagine such joys can exist. 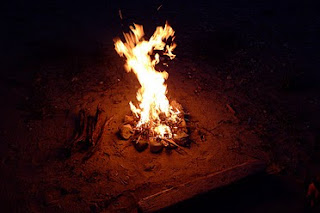 How sad. How very sad. What is needed is evangelization-Christians to share the good news of real Love, and His Name is Jesus Christ.

Posted by Supertradmum
One of the reasons, and there are many, why I left academia, was this prevalence of victim thinking. Thankfully, if the "cases" in the college classroom became particularly obstructive to the class as a whole, I had the entire backing of the administration. One of the most wonderful people on the staff was a man who had grown up, yes, in the Cabrini-Green estates. Let just say he grew up in hell. His mother had two sons and she instilled in them the love of learning and the love of God-a Benedictine ideal, but as a Baptist, this wonderful woman was following her grace and role as a mom, and being counter-cultural in her little, no big, way.

My friend, Adam, said that all the kids around him were learning how to deal drugs, kill and be killed. Out of all his friends in Cabrini-Green, all but his brother, are either dead or in prison for life. I asked him to come into my class and give a motivational talk to my 26 students, most of whom were immersed in victim thinking and/or narcissism. He did not succeed inspiring anyone but me. The ho-hum attitude was like jelly being smeared all over the classroom. Dull and icky. However, Adam was not upset, and offered to come into the class again. Later, one young man, who wants to be a sports-trainer, came back to me and said it was "cool", a word still used in the Midwest.


Well, Adam, his brother, and his mom are heroes against the Post-Modernism malaise filling our country. The fact that the Cabrini-Green estates were ever built was an example of false utopianism. Such estates just put all the baddies in one place-how convenient. Oh, and for my European friends, or those few saints who have seen The Blues Brothers at least five times, C-G was in Chicago.

Victim thinking will destroy America as it has destroyed Britain. British youth, except for a golden minority, belong to what I call the Grape Generation-step on them lightly and they give a little whine...


The last Cabrini-Green estate was demolished in the past year. At least two heroes emerged, and I hope more. But, there exists two, strong, Christian men, Adam and Joshua, with a message. A person is responsible for his own life and he can break out from victim-hood, if he wants to do so.

Email ThisBlogThis!Share to TwitterShare to FacebookShare to Pinterest
Labels: Lay down thy sword and pick up the pen, Politics, post-modernism
Newer Posts Older Posts Home
Subscribe to: Posts (Atom)