Bishop Daniel R. Jenky, CSC, delivers his homily April 14 at St. Mary's Cathedral in Peoria during Mass at the "A Call to Catholic Men of Faith" event. 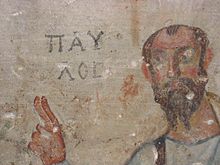 Leadership is a gift, but it is also trained. There is a crisis in leadership crisis in Great Britain and America owing to the fact that the leadership training has stopped in schools, all schools, in favor of a dumbing down of gifts and the discouragement of an elite. The high schools in America moved from training a group of students to go out into the world and lead, to a democratic mode of group dynamics. This started in the 1970s. My high school and my college had leadership training as part of the classroom organization. This all disappeared when the liberal and radical agendas of the teaching unions pushed a socialist-communist order. Dewey with his ideas of social engineering also infected public education in the States. The State became all important, the creation of good citizens, as opposed to a thinking public, became the goal,. This may be called the creation of a non-elite, of a citizenry which no longer accepts hierarchical structures as the norm. Hierarchies demand leaders.

We have a crisis in Church leadership, to which I have been referring in this blog for months. The educational systems have created this crisis, and the false idea of collegiality, which claims that no one person should have more authority than the group. This mode of thinking is popular in some dioceses in Great Britain as well as in the States. Cardinals and bishops are afraid of taking a strong stand on any issues, not only for political correctness, but because they were not trained to be leaders. The old idea of noblesse oblige as disappeared in the Church. The over-emphasis on democracy as a mode of working has interfered with the idea that leadership is can be given as a charism to one or a few persons. The workers in the Church hate the word "elite", as if we are all equal in gifts and training.

A young man of the younger generation asked me the other day why people needed leaders. As an older person, I was bemused by the question. As a youth raised in a non-elitist society, he actually could not understand the idea of leadership and really wanted to understand why some young people could only follow. We need to be training leaders in the Church now, and not men who cannot accept responsibility. God gives His gifts to whom He pleases.

Christ is a Leader and was on earth. He instituted a Church which is, like any organization, based on levels of gifts and training. This type of discernment needs to happen in the seminaries. I have included a painting of St. Paul, one of the leaders in the Church.

And, now for something completely different-Maru, the Interview from my bloglist

What about anti-Catholic literature, which is everywhere in Britain?

Do you think a group distributing a leaflet entitled "Why Not Christianity?" would have been banned? No, I don't think so, either. "Norwich church banned from using market stall after complaints about ‘hate-related’ leaflets," by Peter Walsh for the Norwich Evening News, April 14 (thanks to The Religion of Peace):

A church has been banned from using a market stall to hold its weekly outreach service following a complaint about “hate-motivated” leaflets published by the group.
The Norwich Reformed Church held a weekly outreach bookstall from the Norwich City Council-owned site on Hay Hill, but has been informed it is no longer allowed to use the stall after the council received a complaint about literature on it. The complaint prompted a review of the materials produced by Reverend Alan Clifford, pastor of the church, and the council contacted police as materials, particularly the leaflet entitled Why not Islam, were considered to be hate-motivated.
The church has been prohibited from using the site, while the council-run Eaton Park Community Centre has also been contacted with a view to ceasing any further bookings made by the church.
A council spokesman said: “We received a complaint from a member of the public about material published by the Norwich Reformed Church (associated with the Farthing Trust) which uses council facilities. This was considered to be hate-motivated and, in accordance with the agreed Norfolk Multi Agency Protocol, we contacted the police.
“Although the police advised that no criminal offence had been committed, we have a duty under the Equality Act 2010 to foster good relations between people of all backgrounds and religions. By allowing premises owned by the council to be used by an organisation publishing such material, we would be failing in that duty. People across Norfolk have recently been urged to stand up to hate-motivated and intolerant behaviour through a publicity campaign and as a council we have to play our part and take action where necessary.”...