Posted by Supertradmum
I have never used this blog for medical posts, but I want to give this link on new discoveries on breast cancer, reiterating something I have said that not all women who have endured this disease have practiced birth control or had abortions. Here is the link.

Now, at just after seven-thirty British Summer Time, the French seem to be voting in the first election, very closely for the socialists, and Sarkozy. The problem is that the communists have at this writing 11.4% of the vote as well, making the far-left over 40%. The results will be coming in until 11:00 and I shall be checking the results later. Results here are exit polls. 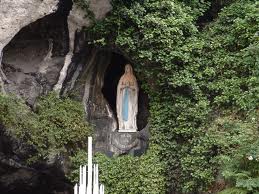 Ms. Marine Le Pen has 20% of the vote, as she has softened the image of her father, and she appeals to the youth as well. One sees the youth vote divided between the far-left and the far-right, which is very interesting, and perhaps, not unusual. The problem with Melenchon, is that he is calling for a negative vote, against Sarkozy, instead of a positive vote. But, this is typical of communists, who are using the problems of the moment for the old, Marxist agenda. More later. Our Lady of Lords, pray for France.

Every major question in history is a religious question. It has more effect in molding life than nationalism or a common language. Belloc 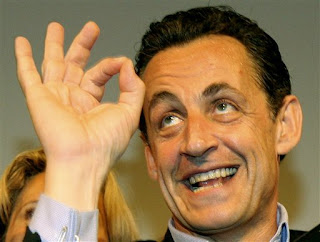 What Americans do not realize is the real fight between far-left and either moderate or far-right politics in Europe. More money was just give last week to help the still-floundering Euro. But, what is more crucial is the spiritual soul of Europe, which has been weakened by years of Catholics not understanding the dangers of the materialist, as in Modernist heresy, philosophy completely taking over the thought of Europe. Church teaching seems to be completely ignored in the far-left, so-called Catholic commentators here. How France goes, except for Germany, there goes Europe.

Excessive debt is being backed by those who want the ruin of conservative values.

In the Autumn, I was amazed at the Italian commentators referring to the syndicalist movement, which many Americans have never studied, as a movement alive and well in Italy. I had studied the syndicalist movement when looking at Italian history and the notebooks of Gramsci. That these movements, including anarchy, which are alive and well as movements which are basically anti-political process, have gained ground among the youth  in Europe. Sadly, these people are being used by other groups to break down Europe as a civilization.

Americans cannot see that the same thing is happening in America. Slowly, but surely, those who do not want the traditions of Christian culture, Christian family life, even Christian business, are winning the media battle here in Europe.

If Sarkozy, who has not been the best leader at all, loses out to the more radical groups, all of Europe is affected. What I see is envy (against, believe it or not, Germany and those nations who bailed out the more socialist nations) and the use of the European crisis as an excuse to get rid of conservatives. The Marxist language of class struggle. a language based on false premises of materialism and utopianism. 44.5 million people could vote today, and, at noon, only 28% of those who can vote have done so.

The far-left are pushing for the civil unions of homosexuals and weak immigration legislation. This is against the possibly most unpopular president to seek re-election in this first round.

Posted by Supertradmum
I shall post later today, after news of the French elections come online and on the telly. This will be after 5:00 French time. That the Euro had a bad week does not help. That only the present president has spoken out against immigration in order to conserve European France has been obvious on French television interviews. Sadly, the lack of liberty for Christianity, as in the States, seems to be determined by the far-left, in the name of tolerance.