So, marriage is important for society after all....(us little, old Catholics knew this); October 21, 1911

Posted by Supertradmum
Dr. Sanity is on a roll, but then, she is the voice of reason in the blog-sphere. Catholics, check out this video and her link. And, I dedicate this to Blessed Karl and Zita, and all my dear friends who are married.....

From Burns and Haberman on Politico

Rupert Murdoch's latest tweet on the GOP race a few minutes ago:

From distance, Santorum doing great. Values really do count in America, and not sneered at as in parts of Europe. Win Michigan game over.

Do you want to work in teams? Can you work with others? Do you have manners? Would you love your job?

Posted by Supertradmum
In England, there is or has been an interesting photographic exhibit which proves a point of this post. The exhibit is called "Unordinary People", but I would call it the "New Conformist-Non". Here is the description of the exhibit online at: http://www.allgigs.co.uk/view/artist/59750/Unordinary_People_Exploring_British_Youth_Culture_1960_2009.html 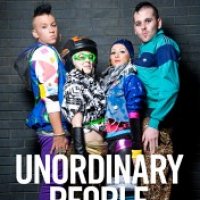 This is a controversial posting from me. I have been thinking of the huge unemployment numbers among college-age youth in America and in Europe. Some of the problems I know these first-hand growing up in an area where the Agra-businesses and connected agricultural factories moved to Europe and elsewhere as early as the 1960s, such as J.I. Case and Farmall leaving the area to John Deere alone, which has also cut back American-made tractors, combiners, harvesters, etc. Great Britain in my lifetime lost its thriving clothing manufacturing businesses to places like India, China, and small countries. The lack of work marks the professional levels as well, when there are less children, less teachers are needed.

Here, in Ireland, a nursing shortage is obvious from where I sit in Dublin. Pages and pages of interesting yet demanding jobs for nursing professionals, with good salaries attached, go begging. A young person would do well to go into this field, as the nursing shortage may be found in other countries as well.

Shortages in some professions and lack of opportunities in others can lead to unemployment. But, here are the real reasons in my experience teaching youth people in college for years.

One, the work ethic is dead. Many youth do not want to work the long hours necessary in some professions, even teaching, where we all take our work home, be it papers to correct or lesson plans to create.

Two, some youth refuse to do simple jobs, such as gardening, or cleaning, or ironing. This again is part of the loss of the work ethic. We all did such jobs during the holidays or even after college, if necessary, until we were settled in a profession. Manual labor is good and upright.

Three, socialism has destroyed initiative, especially in Europe. If a young person can get a housing allowance and a food allowance and so much spending money per week, why work? This is a huge disaster in Western Civilization, creating an underclass that knows how to use the system without working.

Four, and this is my own take, nonconformity. Now, I may be a non-conformist, being a Catholic, conservative, writer, artist, but I can fit into certain groupings, such as the trad group, or, in former days, the home schooling group. What strikes me especially in Europe are the thousands of youth who are so non-conformist that they would never get hired. Examples abound, as I am temporarily in a youth hostel and observing those coming and going. A few points. The youth from Ireland and Great Britain dress horribly and still look "goth", (I taught goths in the mid-eighties in England), with piercings and tattoos, which label someone from the States as "lower class". The youth here in this hostel from Germany, Bulgaria, Hungary, Latvia, Italy and Poland look smart and act much more politely than the Irish or the British. The emphasis is on choosing "your style" for the Irish and British. This is sort of like private interpretation of the Bible, which leads to chaos and complete relativism.  I shall get hate mail for this, but the worst dressed girls and guys in Europe are the British. I mean, what is with the large holes in the stockings and no underwear? The "sagging" look is in here as well for both sexes.  In other words, the continentals seem to have manners and style.

If I were hiring any for positions in teams or in either an office or outside work, I would ask these questions: Would you fit into a team? Do you want to work hard? Can you work with both management and peers?

Sadly, the nonconformist, or dare I say, anarchist would not even think that these questions would be important. Talking with a few neighbors last week, some of the mothers were complaining about all the Polish youth who had jobs in the area, supposedly taking away jobs from the Irish youth. It was obvious from the conversation that either the Irish youth did not even apply for such jobs as hotel service workers or factory workers, or that there was and is a huge difference in skill levels.

And, that is my last point. All youth should be able to work on computers and do basic office skills. These should be required in all school systems by the upper levels. I was told that teachers still accepted hand-written papers in some colleges. Why? From 1979 on, I required typed papers in all my classes at the university level. Such skills are necessary in the workplace. It seems that some of the continental youth have higher technical skills than some of those in Ireland and Great Britain. How did this happen, especially in England, which use to have one of the best education systems in the world? No more.


The unemployment of youth rises from complicated issues, but I suggest that the lack of taking responsibility for one's own life and the lack of initiative are the two greatest obstacles. In addition, the insistence of non-conformity in dress and hair, in manners and social skills, has damaged one, if not two generations, of the ability to work.

By the way, after travelling in Europe for nine months, the best dressed young women are the Japanese, who are into retro-style and have great taste at the moment. The worst I mentioned above. The sub-culture is not dress or hair, but anarchy. Conformism is not a dirty word. Such conformity is necessary if a civilization asks its workforce to be able to work together for the common good. One does act as one dresses, by the way.

Dame Vivienne Westwood, whose clothes I really do not like, has a quotation on the BBC today which states that people have never looked so ugly. I agree.