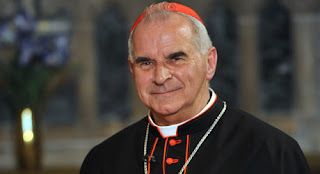 In the May 19th issue of The Irish Post, a British-Irish paper, the front page is obviously against Cardinal Keith Patrick O'Brien's brave and Catholic stand against so-called "gay marriage". I would hope that Catholics in Ireland and abroad would support this good and great leader for being so courageous at this time. the Cardinal is the senior prelate in the Catholic Church in Scotland.

There is a fight in the Government over gay marriage, and there is a split in the parties concerning the possible legal acceptance of such.

Tory ministers attacked the Government's plan to push for this legalization of sin.

Now, I know from discussions this past winter that even some trad Irish  and British Catholics vote in the bozos who support gay marriage, as, like Catholic Dems in the States, they either vote with their pocket book, or are liberalized to the point where they disagree with the Church's teaching. The Tory's have a split with David Cameron on this stand.

The article quoted the Cardinal at length, "An aberration is a state of condition markedly different from the norm....Gay marriage is a grotesque subversion of a universally accepted human right," that is marriage.

He praised the inter-faith coalition against this liberalization of the idea of marriage.

He is also quoted as coming out against the British Government's  insistence on forcing Catholic schools to present pro-homosexual literature in the classroom.

You can look at the article yourself.....

Posted by Supertradmum
I have need for my dear readers to pray for four special intentions for me. All are serious petitions, two which need immediate answers to prayer, and Divine Intervention, God Willing. 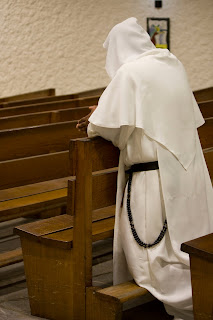 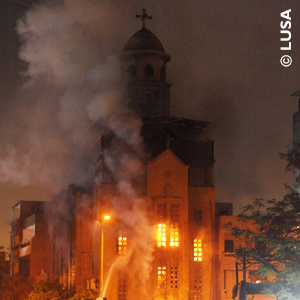 Egypt is getting scarier and scarier. Pray for our brothers and sisters in Christ in that country today, please. Photo from ACN.