Interesting article on the Ukraine

Posted by Supertradmum
http://www.theonion.com/articles/ukrainianrussian-tensions-dividing-us-citizens-alo,35428/ I hope people "get: this...

For something completely different 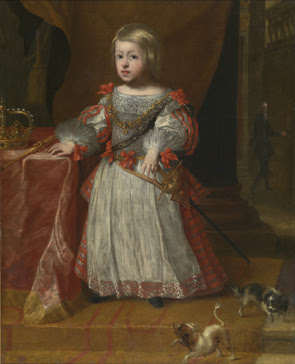 Charles II already had puppies at the age of five!

It is too bad that a well-defined completely orthodox re-statement of the beauty of the Church's teaching
and Humanae Vitae was deleted by CH.

If one is a Catholic and cannot take the heat, one should stay out of the kitchen.
Liberal tyranny against one who is a real Catholic....too sad.

Apparently, the Catholic Herald in the United Kingdom is no longer orthodox.

My comment: and this was deleted from the Catholic Herald. Comments from readers?

In 1989, Edouard Cardinal Gagnon, who served as President of the Pontifical Council for the Family, described a conversation he had with [now-Blessed] Pope John Paul II:

“The Pope told me, ‘Error makes its way because truth is not taught. We must teach the truth, repeat it, not attacking the ones who teach errors because that would never end—they are so numerous. We have to teach the truth.’ He told me that truth has a grace attached to it. Anytime we speak the truth, we conform to what Christ teaches and what is being taught by the Church. Every time we stand up for the truth there is an internal grace from God that accompanies that truth. The truth may not immediately enter into the mind and heart of those to whom we talk, but the grace of God is there and at the time they need it, God will open their heart and they will accept it. He said that error does not have grace accompanying it. It might have all the external means, but it does not have the grace of God accompanying it. This encouraged me very much.” 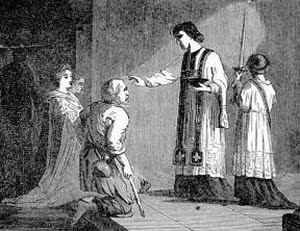 2014 began harshly. This winter weather and temperatures have broken records here in the Midwest. I have been applying for jobs without success and am living in dire poverty. I have had asthma almost continually. In addition, I have been separated from one I love more than all other humans in the world and from my beloved, adopted country.

Such is the life of a Catholic on this earth. And, this list is what ties into my thoughts on this Ash Wednesday.

I am not made for this world, although this is the place wherein I work out my salvation, attempting to cooperate with God and His graces on the path of purgation.

Today is the 58 anniversary of my only sister's death. Her dust has been mingled with the earth for a very long time. She is in heaven, as she died 15 days before her first birthday. She is one of my personal patron saints. St. Elizabeth Ann watches over me and my family. She watches over my son.

In this period of time when the light is growing and the animals are coming out of either hibernation or semi-hibernation, I think of the long road to Easter. Lent is a small Dark Night, when I see Easter joy in the future, but when, like all good Catholics, I must endure some penances and mortifications for the sake of the Kingdom.

Ash Wednesday reminds me that time is short, that I must rest in faith and hope for the love which is beyond understanding.

God bless you this Lent.

Yeah! Another voice, and a big one, on persecution