An American in Europe

An American friend of mine who has spent some time in Europe has told me that one cannot get the news in America from any station one gets in Europe. He has been looking at newspapers as well and keeps saying, "Why did we not get this information?"

I know this is true. The European networks, outside of the BBC, which is one of the worst and biased of all, are, on the whole, much better than all those in America.

Many of the stations are owned by the same five groupings.

But, still, Europe gets much better and fairer news than the States.

My friend says that one reason he comes to Europe is to watch real news he cannot get at home. He is from the west coast.

Think about those who are pulling the strings of the main stream media.

Think about how Americans are being sold lies about European news stories.

Many of those refugees who have died in the ocean not too far from Malta have been from Syria. Read the above article and find out why these people chance a risky crossing to come to Europe.

Large waves break against barriers on the seafront in Brighton, southern England on October 27, 2013 as a predicted storm starts to build

A man walks his dog along a sea wall in Lyme Regis in Dorset, southwest England on October 27, 2013 as strong winds blow spray over the sea wall
AFP - Britain was braced on Sunday for its worst storm in a decade, with heavy rain and winds of more than 80 miles (130 kilometres) an hour set to batter the south of the country.
The Met Office national weather centre warned of falling trees, damage to buildings and disruption to power supplies and transport when the storm hits overnight to Monday.
Between 20 to 40 millimetres (0.8 to 1.6 inches) of rain is predicted to fall within six to nine hours starting on Sunday evening, likely leading to localised flooding, the Met Office said.
It will be followed by widespread gusts of between 60 and 80 miles an hour across southern England and south Wales on Monday, with winds reaching more than 80 miles an hour in some areas.
......
Helen Chivers, a MET office guru noted....
"It's obviously coming in the autumn and the impact could be high because the leaves are still on the trees and the ground has more water in it", meaning a higher likelihood of flooding and of trees coming down.

Comparisons have been made with the "Great Storm" in October 1987, which left 18 people dead in Britain and four in France.

It felled 15 million trees .....
This year's storm has been named St Jude after the patron saint of lost causes, whose feast day is on Monday.
..... 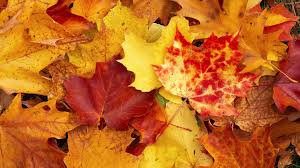 Father Gouder's talk included more points which I shall not cover, but here are some more highlights of this presentation.

Father noted that God loves each person dearly, but that God does not keep the married person for Himself Alone, but shares that person with the spouse. This is truly a beautiful ideal. Think of this-God sharing His Love through a spouse.

One of the points I really liked was that the love shared in the marriage is not the love of each individual person, but God's Love.

One of the most important points made by this good priest was that the couple in a marriage are consecrated to each other. He asked the audience to define consecration. When many good ideas were shared, Father said that consecration was the setting apart, the dedication of someone or something to be made holy.

In marriage, each person is consecrated to one another in the sacrament.  The sign of this consecration is fidelity, which mean that the couple live exclusively for one another.

As temples of the Holy Spirit, each person consecrated to each other act accordingly in grace. This is why marriage is between one man and one woman and for life. This consecration is holy and cannot be reversed. To act less would do serious harm to one's own soul.

Betrayal in marriage harms not only society and the other person, but one's self, because one has consecrated one's self in that relationship. The living vocation is holy.

By the way, there are courses at the Institute, by psychologist Joyce Callus (counselor) on Positive Discipline for parents of 0 to 6 year old children with future psychological and spiritual courses in the pipeline.

Notes from a talk....part one

Father Anton Gouder gave a talk last night to a group of married couples on the spirituality of marriage. I was graciously invited to attend and was provided, thankfully, with a skilled interpreter, as the talk was in Maltese. The venue was a relatively new site, the brainchild of lawyer Anthony Rutter Giappone and the ultra-modern place is at the disposal of the Institute, which has the approval of the Maltese Curia with Dun Anton Gouder, as spiritual director (who is the pro-vicar general of the Curia). The Institute is called Genesis 2, the Institute for Marriage and Family.

This institute provides a series of courses on the spirituality of marriage,  the Catholic view of the person, marriage as a sacrament, the teachings of the Catholic Church on marriage, and many other topics, including practical ones, such as household management skills.

In this day and age of serious problems of relationship between men and women, such an institute provides needed guidance from the Catholic point of view.

Father Gouder spoke for about 40 minutes, covering the necessary relationship a person must have with Christ in order to have a good, spiritually based marriage.

Father began his talk emphasizing that communication in marriage had to involve communion with God, the awareness that God is present in the marriage, and that couples must be open to God and have a consciousness of God's love in their lives.

As written on this blog in the perfection series so many times, Father spoke of the Catholic ideal of holiness as not merely what one does, but what one is.

One of the most wonderful points made was that God takes up the initiative in one's love relationship with one's spouse. God begins the love, not man. God initiates love and the persons in the marriage either accept it or reject it. Father referred to St. Paul on the overflowing of God's love into our lives, if we accept the graces.

Father went on to say that sharing the life of God in marriage is not keeping God's love to one's self, but sharing it daily. This is the vocation of marriage-sharing love.

Father noted that this love goes beyond duty.  He reminded those present that the primary love of the married couple is the priority in marriage. The commitment and attraction of the physical become enriched by the spiritual, and this spiritually based love welds the couple together for life. Marriage is for life. This outpouring of God's love is for both persons, and the expression of the relationship with Christ each person has is the result of the Holy Spirit, Who is Love, being in the couple's lives. Just as the Spirit is the Love between God and the Son, so too, the Spirit welds the love of the man and woman in the sacrament of marriage.

Father said that the couple should have no fear, no selfishness and only true concern for each other in the vocation to which each person is called. The love is that vocation.

Father also noted that the order of priorities for each person in the marriage are first God, then the other, (the spouse), the one's self, and then, the children.

He referred to Mark 3:16 at this juncture in the talk.

Taking over the world

Posted by Supertradmum
Great Britain announced recently the sale of a Somerset power station to a Chinese company and now, the electric company in Malta has been bought by a Chinese company. Also, Mandarin will now be offered in the high schools here. http://www.timesofmalta.com/articles/view/20130915/local/Investment-can-save-Enemalta-from-ruin-.486193#.Umy0hnBM_n4

Taking over another country without guns is the name of the game. http://www.theguardian.com/environment/shortcuts/2013/oct/21/hinkley-point-nuclear-power-station

One person told me she was concerned about the electricity company here allowing all the lights in the Churches, as the Chinese hate the real Catholic Church so much.

Just the beginning, folks. Read my Gramsci posts...America is so much in debt, she cannot help herself.

And, you can bet that Russia will not allow a take-over of anything in that country. Long-time enemies ...

And, an honest comment from an European businessman here--French electrical equipment group Schneider Electric warned the euro was over-valued and was hurting business.

"It's painfully evident that the eurozone is the only major economic zone that doesn't use its currency as an economic weapon and a weapon of competitiveness," Finance Director Emmanuel Babeau told AFP.

The Paris-based company, a world leader in electrical engineering said that currencies had depreciated sharply in markets where the company can make as much as a billion euros in sales.
"We find ourselves overvalued in relation to many currencies, including the dollar, that's very clear," he said.