Posted by Supertradmum
Please pray for seminarians everywhere. Today, pray for the sems from the Diocese of Davenport and Arudel and Brighton. These dioceses need many more men to serve the population.


And pray, please, for this seminarian, in the Diocese of Arundel and Brighton, here seen playing Tranio in The Taming of the Shrew in the green and lace costume. 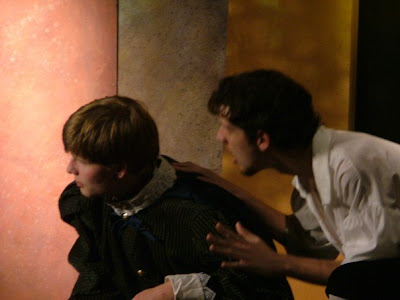 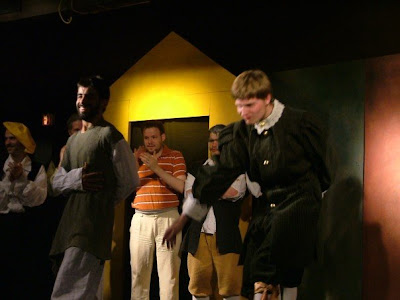 Christ called him the greatest man who ever lived...

Posted by Supertradmum
Christ said that John the Baptist was the greatest man who ever lived in Luke 7:28.  "I tell you, among those born of women there is no one greater than John ..."

I have never heard a sermon in my long years as a Catholic on this subject. John here is called by the Son of God the greatest man who ever lived, greater than all the patriarchs of the Old Testament, the apostles, the martyrs, the doctors of the Church and even, St. Joseph. He was the only person conceived in original sin but born pure and full of the Holy Spirit because of the Visitation of Mary to Elizabeth. 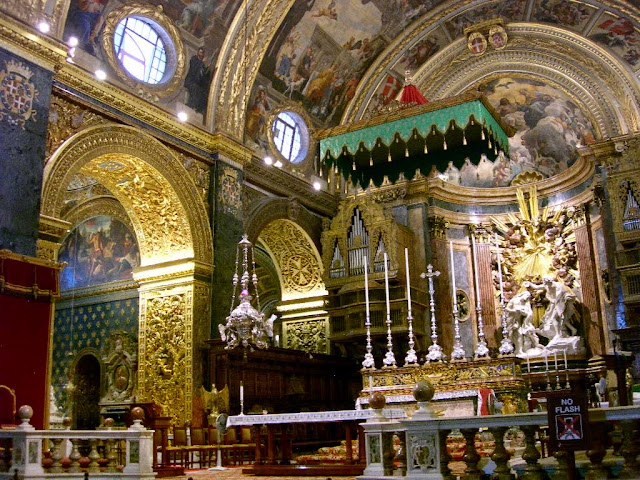 In the Byzantine Church, today is a great feast. Happy Feast Day to the Co-Cathedral of St. John in Valletta, Malta.

Bernard on Peter and John

St. Bernard of Clairvaux has a fascinating sermon on two aspects of love regarding St. John and St. Peter. St. Bernard,  in St. Peter and St. John, XLI, In Joannic Evang; Tract CXXIV.  Bernard says the Peter loved Christ more than John, but that Christ loved John more than He did Peter. This is a great mystery, but Bernard breaks down the problem by stating that Peter represents the Church Militant, the Church on earth and John represents the Church Triumphant in heaven.

What does Bernard mean? He explains that the two types reveal how we Catholics are in our relationship to Christ on earth and in heaven. Peter, who is full of zeal, is the Head of the Church and must organize, protect and lead. John, who is resting on the breast of Christ, represents the soul in heaven, abiding in the love of God for all eternity.

Peter is all action and progress. John is rest and reflection.

Bernard uses the typical approach to the Scriptures in which persons are seen as "types" or even in "allegories" regarding spiritual truths. The great mystic gives us much to think upon in this sermon. 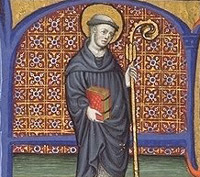 It is very hard coming back to the ordinary world after a sublime retreat. A retreat should change a person, and I am somewhat pleased with some change. But, what is most important is that I come back again realizing the great gift of the Benedictine Rule for the Church. St. Benedict's Rule seems to allow for a variety of gifts and backgrounds instead of insisting on sameness among the women. At the convent where I was on retreat, I met many nuns from widely different backgrounds and stations in life. This variety of gifts, and even nationalities creates a rich tapestry of talents and character.

However, the Rule transcends differences by being both flexible and "strict" in certain areas. I personally think that the balance of work and prayer allows for a healthy atmosphere.

Benedictines truly live in community. The communal life opens up opportunities for development and growth. The "extrovert" and delightful guest mistress told me that when she entered in her thirties, she was very timid. Out of obedience, she was asked to be the guest mistress, which is a hugely active role in a community which opens its doors to perpetual adoration, Mass, the hours and retreats.

Some commentators have labelled the Rule as "moderate". In 2012, most people would see such a life-style as extreme.

Having a Benedictine heart, I love the pace of the monastic day and the balance of prayer, service, and work. I think one would have to be a little bit hyper-active to be a Benedictine.

There is always work. Here is a section from Chapter 72:

Just as there is an evil zeal of bitterness
which separates from God and leads to hell,so there is a good zealwhich separates from vices and leads to Godand to life everlasting.This zeal, therefore, the sisters should practice with the most fervent love.Thus they should anticipate one another in honor (Rom. 12:10);most patiently endure one another's infirmities,whether of body or of character; vie in paying obedience one to another -- no one following what she considers useful for herself, but rather what benefits another -- ; tender the charity of sisterhood chastely; fear God in love;love their Abbess with a sincere and humble charity;prefer nothing whatever to Christ.And may He bring us all together to life everlasting!