Sad days for London
By JOSHUA DAVIDOVICH and AP
Olympic organizing head Jacques Rogge insisted again Saturday that there would be no minute of silence for the Israeli victims of the 1972 Munich massacre, but said he would lead an official delegation to the German city to mark the tragedy.
Pressure on Rogge to include a moment of remembrance has ramped up in recent months as the opening of the London Olympics nears.
Last week US President Barack Obama joined a battery of other world leaders saying they supported a moment of silence for the 11 slain Israeli athletes at the upcoming London Games, which will mark the 40th anniversary of the attack by Palestinian terrorists.
Rogge, who heads the International Olympic Committee, continued to rebuff the calls, but said a September 5 memorial on a Munich airfield would pay a “very strong homage and remembrance” to the victims.
Munich’s Furstenfeldbruck airbase was the site of a botched raid by German commandos during the 1972 games that ended with nine Israeli athletes being killed by their kidnappers. Two other members of the team had been killed earlier.
Rogge said again that he did not believe the opening ceremony of the Olympic Games, slated for Friday, was the right venue for a moment of silence.
“The opening ceremony is an atmosphere that isn’t fit to remember such tragic events,” he told a news conference.
Rogge was asked whether he was swayed by Obama’s view.
“We also pay big attention to recommendations coming either from the political world, or cultural world, or world of enterprise,” Rogge said. “And we take then a decision taking into consideration (those recommendations). I will not say that we are necessarily following the advice, but we take it into consideration, yes.”
On Sunday morning, a memorial event will be held in east London attended by London Mayor Boris Johnson and Efraim Zinger, head of Israel’s Olympic committee.
Also last week, American broadcaster Bob Costas said he would “call out” the IOC for refusing the request while announcing the Israeli team’s arrival.
Israeli leaders have been joined by politicians in the US, Canada, Germany, Italy, Australia and elsewhere calling for a moment of silence.
On another issue related to Israel, Rogge said the IOC would investigate any athletes who pull out of competing against Israelis in London claiming they were injured. In the past, athletes from Iran have withdrawn from Olympic events that included Israelis without facing sanctions.
“If an athlete is genuinely injured or ill, then of course it is understandable,” Rogge said. “But we will examine every case very thoroughly and we will examine every case with an independent medical team. If the medical team does not ratify the decision of the first doctor, then the athlete will be punished.”
Rogge said the IOC has reminded all national Olympic committees, not just Arab bodies, that refusing to compete against another competitor is “totally forbidden by the Olympic Charter.”

St. Ann, pray for us 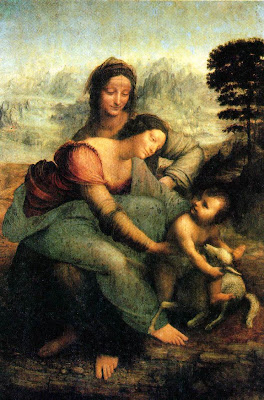 Email ThisBlogThis!Share to TwitterShare to FacebookShare to Pinterest
Labels: saints and martyrs, women

Posted by Supertradmum
Promptness of will and intolerance of our faults are part of the battle against our predominant faults. This is a battle from which we cannot escape if we want to be holy. 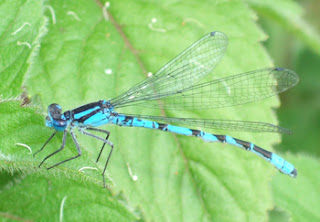 Our wills must respond to God like a damsel fly in the air, turning directions quickly and deftly. Promptness of will means two things. That we are listening and in sanctifying grace. Garrigou-Lagrange writes, referring to a quotation from Blessed Nicholas of  Flue--"Lord, take from me everything that hinders me form going to Thee. give me all that will lead me to Thee. Take me from myself and give me to Thyself."


The great Dominican states that such a prayer leads us to self-examination. I actually write down sins, and look for patterns. A pattern of sin shows the hidden deep sin. A good confessor can help one on this point.

Garrigou-Lagrange reminds us that St. Ignatius of Loyola kept journals and instructed his followers to do so. Journals which include the Examen are great.

Along with the above, the holy Dominican notes that when we realize sin, we must impose a sanction or penance on ourselves EVERY time we perceive that sin.

It can be a moment of silence or a prayer. I try to do the opposite. If I have been selfish in conversation, I try and be quiet and listen. If I am impatience, I try to be patient. A virtue counteracts a vice. The positive slowly overcomes the negative.

A warning: do not surround yourself with negative people. If you can be a cheerleader, fine, but negativity is not from God and indicates a serious interior need for healing and repentance.  To be continued...

A note on private revelations AGAIN

Posted by Supertradmum
It is our responsibility as laity to follow the teachings of the Church, including the CDF's guidelines, comments, warnings, and condemnations of certain private revelations. I am concerned, very, about good Catholics taking time to run after seers instead of paying attention to the reasons from the Vatican as to why they are not approved.

Recently, a person have explained to me that bishops and at least one cardinal have attended or visited a certain seer. Of course, this is one hearsay. I told her that I did not care as I go by what the CDF has stated. That one bishop or even cardinal in the world or even two are disobedient to Rome would not be a new situation.

The problem is that the laity do not know the Faith. The vast majority of people who follow seers have never read the CCC or gone to the Vatican website, or read blogs, such as this one, which clarify certain situations by referring to Rome.

Either one wants to be obedient or not. I would not give away my precious soul to any seer. I wait until Rome approves before even reading prayers or documents on visions. If I cannot be obedient in little things, I cannot be obedient in big things. Would you go to hell for disobedience because a bishop or cardinal visited a seer which has been condemned or warned against by the CDF? Not me. And we do not need private revelations, as what has been given through the Bible and Tradition can keep a Catholic busy reading and meditating for the rest of her life.

Read, pray, act. Love the Church. The Church is our safety net. It is our duty to follow the Teaching Magisterium of the Church and NOT trust our own judgment.

God will not protect you, if you are disobedient. He will let you go your own way until you are open to His Plan, which is salvation through the Catholic Church. 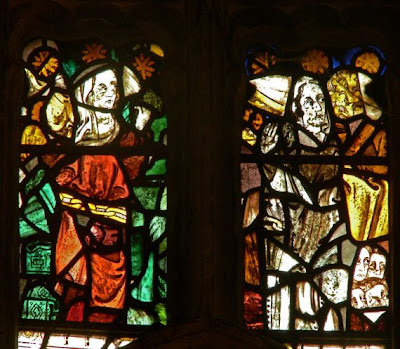 Newark Cathedral in England has some amazing stained glass. The Seven Deadly Sins plus one, show that the Medievals were being taught what we moderns have forgotten--that sin binds us to Satan and death.

Garrigou-Lagrange states that "it is of primary importance that we recognize our predominant fault and have no illusions about it. This is is so much the more necessary as our adversary, the enemy of our soul, knows it quite well and makes use of it to stir up trouble in and about us. In the citadel of our interior life, which is defended by the different virtues, the predominant fault is the weak spot, undefended by the theological and moral virtues." On this picture, Envy and Pride are depicted. Most of the characters have chains.


Many times we forget who is out to claim us for hell. 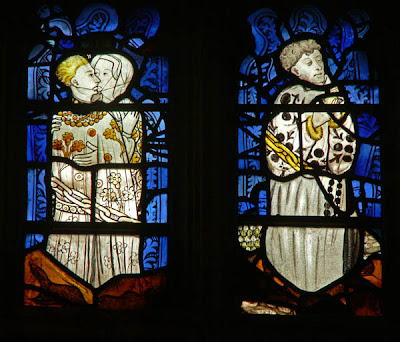 Lust and Sloth (who has beads) point to the need for deep, persistent prayer, as do all the other Deadly Sins. Garrigou-Lagrange writes that we must ask God, seek Him, for enlightenment as to one's predominant fault. We must ask him to remove the fault, help us to cooperate with Him is purification. We must be serious about our personal daily examinations of conscience.

What is really tricky is that the fault may seem like a virtue.

He gives us these questions to ask ourselves: "Toward what do my most ordinary preoccupations tend, in the morning when I awake, or when I am alone? Where do my thoughts and desires go spontaneously?" 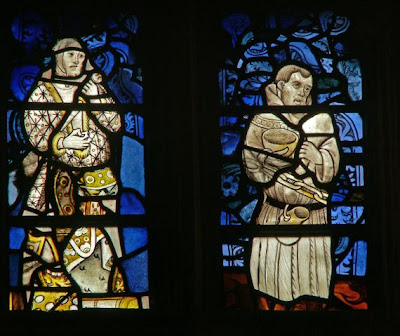 For the sake of our souls, we must be brutally honest with ourselves.

Here is a great question from the Dominican: "What is generally the cause or source of my sadness and joy? What is the general motive of my action, the ordinary origin of my sins...a succession of sins or a state of resistance to grace, notably when this resistance persists for several days and leads me to omit my exercises of piety?" On the right, we see Violence and Gluttony. I would think that Gluttony is one of the most prevalent of the Deadly Sins in the West. That Violence is obvious in certain countries indicates certain people have this fundamental, predominant sin.

If we deny something which someone else points out, it is probably our dominant fault fighting to remain hidden to our consciousness. We need grace. We need God.

Satan watches us. He hears us speak. He knows our predominant fault and uses temptations to lead us to yet another sin. And, here is the big point, quoting St. John 8:34, made by Garrigou-Lagrange. 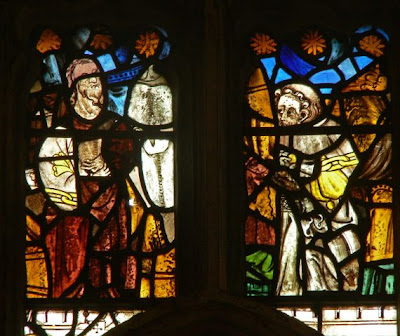 "Whosoever committeth sin is the servant of sin."

Also, quoting Thomas Aquinas, the author states "Every man judges of what is good according to his good or evil interior dispositions."


The good priest gives us the example of how the predominant fault becomes our greatest virtue. He shows the text revealing the anger and vengeance of St. John, who later in life, wrote the most beautiful passages on love. The "son of anger" became the poet and apostle of love. Wrath and Avarice on the right from Newark show contorted souls. Notice again the chains.

We have much work to do. Let us pray for good spiritual directors, holy wives and husbands, excellent companions in monasteries and convents, and holy friends to point out our worst flaw and to work on the remedy.

For the sake of our souls...to be continued.