Second Thought of The Night

Posted by Supertradmum
In my perfection series, I have tried to explain to my readers that all people are called to perfection.

Obejctively speaking, the monk, the nun and the priest, especially those in the contemplative life, live in a higher order.  Their rule is higher than the daily life of the lay person.

Yet, we, too, are called to the perfection God calls every Catholic to attain.

Those who die in a state of perfection are called saints.

Remember, only the perfect see God. If we are not perfected when we die, and we die in sanctifying grace, we go to purgatory.

Posted by Supertradmum
Thought for the night:

If you talk and think about trivial things, you will remain outside the door of the road to perfection.

There is no neutral territory in the spiritual life.

August 9th Day of Prayer and Fasting in Great Britain

May Our Hearts Be Ready And Our Souls Pure

@Toupsfamily @supertradmum "Nor is it always evil to die in battle, even in bitter pain." Eowyn LOTR, "Return Of The King"

It Is Not The Role of The Layman

Posted by Supertradmum
to be a pacifist....why have the the post-WWII generations lost their nerve, their heart. If you do not want to fight physically, go to a monastery, or be a priest, and fight spiritually. 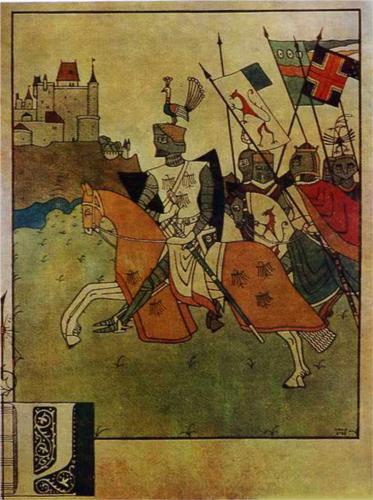 How can Western nations stand by and watch this? Where are the Men of the West? 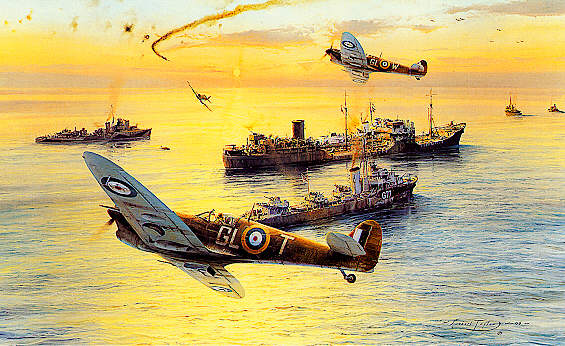 God forgive the men of this generation, who are afraid, because they have turned against You, O Lord. Renew their hearts and minds and souls in you, O God.

From Justin Welby on the site above...

“The international community must document human rights abuses being committed in northern Iraq so that future prosecutions can take place. It is important and necessary for the international community to challenge the culture of impunity which has allowed these atrocities to take place.
“With the world’s attention on the plight of those in Iraq, we must not forget that this is part of an evil pattern around the world where Christians and other minorities are being killed and persecuted for their faith. Only this week I received an email from a friend in Northern Nigeria about an appalling attack on a village, where Christians were killed because of their faith in Jesus Christ. Such horrific stories have become depressingly familiar in countries around the world, including Syria, South Sudan and the Central African Republic.
“We must continue to cry to God for peace and justice and security throughout the world. Those suffering such appalling treatment in Iraq are especially in my prayers at this time.”
Other Christian leaders have also spoken up about the situation in Iraq including Roman Catholics, who, in England and Wales, have designated Sunday, 9 August, as a Day of Prayer for Christians in Iraq. The Syrian Orthodox Patriarch yesterday wrote to the UN, following an emergency meeting of Patriarchs, calling on the UN Security Council to “fulfil their responsibilities in stopping this genocide”.

Catholics, Ordinariates, join in this day of prayer. But, Laymen, do more than pray. There is not enough anger. Is there no man who cares?

Posted by Supertradmum
I have seen a Belted Kingfisher, the most common one found in the United States. I have not seen one for years. The one I saw was a female, like the one in the photo.


There are conspicously less birds here than in the farmlands of Iowa, especially near the Wapsi. I am not sure why in the area of the Flow, there are not more birds. I have heard chickadees and seen crows and hawks. I have not seen eagles, which are common in parts of Iowa.

Chickadees live in forests and there are several types. Kingfishers live by water, as the name expresses, these catch and eat fish. There is a charming video here of one eating fish in England.


I taught the Arhturian Myths when I was teaching in universities. The students loved the stories of  the Fisher King, the wounded guardian of the Holy Grail, a hereditary position, but one marked by tragedy. I always began with  Nennius’ Historia Brittonum.

Chretien de Troyes (written about 1180) and the author of the Mabinogion created two of the earliest legends regarding the Fisher King. The Didot-Percival is key, (1191). Robert de Boron and Wolfram von Eschenbach also wrote of this legend of the Grail, as did, of course the unknown author of the Lancelot–Grail Cycle, and the famous as well as infamous, Thomas Malory. Of course, I would also teach The Wasteland, as part of this, as well as in other courses and other references, including C. S. Lewis.


The tingfisher is more colorful and seen in England, where I have seen it, once at Fountains, and I wrote a poem about this long ago. Poetry, Kingfishers and Fisher Kings mark my life. As a home schooling parent, I passed on this long line of mythology to my son.

I encourage home schooling parents to do the same for students about twelve-fourteen years of age. One can teach this using the plethora of art of the West on this theme.

When I was in Cornwall two years ago, the myth of St. Joseph of Arimathea, who I do believe was at Glastonbury, came up over and over. So much richness has been lost in American education because of the denigration of Western culture, civilization, and Catholicism. Those who watch the Proms or have been , as I have, know that this story of St. Joseph of Arimathea finds its way in the great song,


Of course, I traced some of the ideas of these stories in Tolkien's mythologies, found in The Lord of the Rings.

That these images form part of my imagination and are in my heart refer to T. S Eliot's idea of the objective correlative, which is a thing resonating and transforming into a symbol which produces some sort of emotion. Obviously, for Catholics, the symbol of the Holy Grail, the chalice used by Christ at the Last Supper, provides a powerful objective correlative.

One of the main points of the Arthurian and Percival myths, as well as the entire Fisher King stories is that kings must be holy, must be whole, both physically and spiritually, that Christianity forms leaders, not that leaders form the Church. The idea of a knight needing to be a holy lay person is part of the entire moral aspect of chivalry and even warfare.


And, if you have missed the Proms, this great hymn is sung at the end of Chariots of Fire. Although I like this, it is a shame that the ideals of knighthood have moved from questing and war to sports.

Such is the focus of the modern world...And, of course, I would avoid the atheist usage of the myth, and some of you will know to whom I refer. Not worthy of interest....

And did those feet in ancient time

Walk upon Englands mountains green:
And was the holy Lamb of God,
On Englands pleasant pastures seen!
And did the Countenance Divine,
Shine forth upon our clouded hills?
And was Jerusalem builded here,
Among these dark Satanic Mills?
Bring me my Bow of burning gold:
Bring me my arrows of desire:
Bring me my Spear: O clouds unfold!
Bring me my Chariot of fire!
I will not cease from Mental Fight,
Nor shall my sword sleep in my hand:
Till we have built Jerusalem,
In England's green & pleasant Land.

(Can you tell I am homesick for GB today?)

My kind of article and...

I hope you all know this...notice the kiss on the ring at the end. You will have to go into the video a way.

Posted by Supertradmum
IT guys who help us in times of virus crises deserve praise. I cannot imagine doing such a thing for a living. But, it must be like a game. And, if one is successful, one must feel pleased.

However, I just feel tired, very tired. And the computer is still not completely cleaned up.

Be back soon, but not now. Need a rest.

Where would you find a mummified dinosaur?

Posted by Supertradmum
How about near Malta? Malta, Montana, that is. I would love to take the dinosaur trail in Montana.

This world is so interesting. And this town was named by the spin of the globe.

And there is one Catholic Church there, St. Mary's....and Father Cory has a blog.