Posted by Supertradmum
For those who do not think there is a problem here---
and, my situation is not that unusual, just more extreme.

Social Engineering or Just Plain Incompetency in The System? 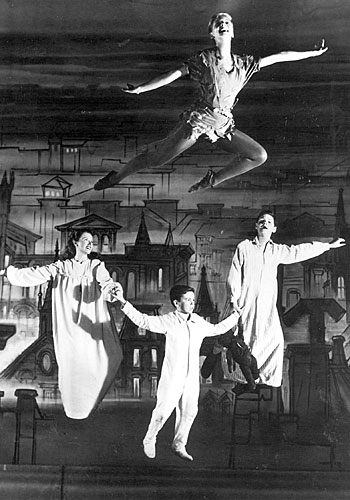 Small Prayer to Mary by Supertradmum

Dearest Mother, today lead me to Jesus.
Open doors which sin and weakness have shut.

Connected to My Posts

Well, Too Bad We Do Not Have A Bishop Saying This

Posted by Supertradmum
I have thought for many years that events and personal happenings in my life have been prophetic. In other words, I have experienced years before others what the Church had experienced in recent times and what more and more Catholics will experience.

Those who have known me for a long time have noted this as well.

Therefore, when I am "going through something", I stand back and reflect that events may not be merely for me personally to ponder, as part of purification, for example, but for the larger Church.

Why this is so may only be answered by the fact that I love the Church so much and have most of my life.

The odd things which have happened in my life since late October of last year are coming to a head. Because of circumstances, I was plunked back in the Midwest without me planning such. In six months, I have not been able to find a job which will pay for rent, transportation, and food.

I temporarily was teaching a delightful student, but that is over. I have not found permanent housing.

This situation is now at a crisis point. How one makes decisions must be based on the information one has at any given time.

I shall give some details and then share what I think the Church will experience, soon.

First of all, I spent yesterday on the phone calling homeless shelters for women. These are all full, except for one which has a really dumb rule which excluded me. This is a rule that one must be living in the city where one applies, which means that one cannot have moved about in friends' houses outside this particular city.

Second, I phoned several convents and monasteries and none could help me. None.

Third, I phoned several friends, including one with a rosary group to find out if someone had a room to rent.

The upshot is that I may end up in a tent.  And, I need to be somewhere without asthmatic triggers.

So, at three in the morning, I am thinking, as I hear coyotes howling in the next farm and a large deer snorting in the dark under my window, that many in the Church will become displaced persons.

Once the persecution starts, people will lose jobs. I have lost jobs for being truly Catholic. Do not kid yourselves, if you are a member of the Church Militant, you will bear the scars of war.

If you are not fighting, you will be secure, but at a price.

Someone may not understand the tent cities of the unemployed and homeless in Florida. I do.

Anyone of us can have circumstances which cause one to be extremely poor. At least, I am not in any debt, praise God. And, I try to help my seminarian son is small ways, as he has needs as well.  Americans have no clue how poor the Church in Europe really is. The vast majority of Catholics in Europe do not tithe, and people do not give donations to individual sems. There is an anti-clericism which hinders charity.

In America, Catholics are simply not geared up to help people who fall outside the norms of family life or steady employment.

We are not organized, as too many Catholics have settled for government programs instead of planning on charity.

People, government programs not only are limited, but limit.

Remember, there is social engineering behind all these situations I am describing.

Rules and bureaucracy create barriers and mind-sets. A woman spoke with me for fifteen minutes before telling me I do not qualify because I have not lived in that particular city for so many months. Crazy. And, no one cares that I pay for cell phone minutes instead of other necessities. Americans are so spoiled, that they lack imagination.

My parish priest even went to two parish councils, (he has four parishes), to see if they would rent out empty rectories or empty rooms. His efforts failed. People cannot think outside the box. They do not want to get involved because poverty and homelessness are too scary to face. I remind them of what could happen.

Just wait. When the punishment for abortion and ssm comes to America, all will be effected.

I am the bellwether.

In the meantime, I am open to working and living anywhere. Perhaps someone has a lead.

Are you scared, yet?

and my medical friends who are honest tell me that most, if not all, of medical care is planned to be hospital based, and not primary care based.

Who knows about this? Obviously, this is a plan of one, big health care system without personal attention from one's traditional personal care provider.

Posted by Supertradmum
Today, I am at a loss for words. I cannot tell you all why as of yet.

I Love The Benediktbeuron Style

It is also called Beuronese. http://en.wikipedia.org/wiki/Beuron_Archabbey

I discovered it a long time ago and was thrilled when I first saw the murals at Conception Abbey.

You may look at those here.

Posted by Supertradmum
I am named after the Blessed Mother. My sister was named after Elizabeth. She died over fifty years ago. She is in heaven, as she died as an almost one year old.

I hope to see her in heaven--our own less holy, less exalted, but happy meeting. May St. Elizabeth and St. Mary grant me this desire.