Posted by Supertradmum
Now, I am not married, but I live a celibate life-style. However, I have an increasing number of friends, traditional Catholics, who have opted for celibacy in their marriages. This is not a new ideal in the Church, and although Christ wants most married couples to be fruitful and multiply, that is, to have the wonderful children God desires them to have, there have been and are couples, who for the sake of the kingdom, have chosen a different way. Of course, the norm, having children as God gives, creates saints, such as Blessed Louis and  Blessed Zelie Martin, Blessed Karl and Empress Zita, SS. Joachim and Anna, SS. Isidore and Maria (who vowed abstinence later in their marriage), and so on. This is not an exhaustive list. 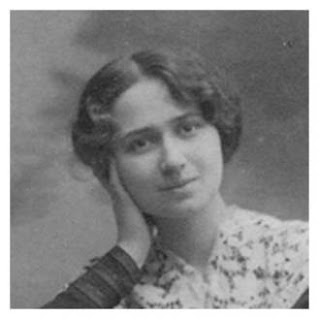 However, the emphasis on celibacy should be rare, but seen as a call within a call. I also think there has to be good reason for not having children. The grand example are two of my favorite Catholics, Jacques and Raissa Maritain, who on the Isle of Wight, as Benedictine Oblates, took a vow of celibacy "for the sake of the Kingdom". Raissa writes in her diary, which I practically have memorized, that it was difficult for her, but she could see that Jacques was called to be in the world and she was his prayer backup, companion in holiness, and confidant, as well as best-friend. They shared philosophy, theology, and the dedication to bringing the Gospel into the workplace in the extreme. God called them to this.

I first met celibate married couples about twenty-five years ago. The first couple I met were in their forties and had a close relationship with the Church and the priest who was the pastor. They were very active in the Church, but did not have normal marital relations. They had chosen that way and had married later in life. The man had been in the Jesuit seminary for years, but left, as he did not think he had a priestly vocation. He found a wife who would support him in his spiritual walk. The second couple I met were in their early sixties. They had decided that past child-bearing age, they would make a celibate commitment. Since then, I have met another couple who have decided the same thing. Their "extra" time is spent in good works, praying and fasting. Obviously, these couples have spiritual directors. This call within a call is, also, obviously, by mutual consent.

Those with a worldly mindset and even some good Catholics may find this call repelling or unnatural. I would say that this call is rare, but not unnatural. I think that those who decide to live in the world, or are called so by God to remain among the laity, can exhibit a variety of calls "for the sake of the Kingdom". And, to be in a relationship which is celibate may be a sign of contradiction to the world as well as giving two people the necessary, daily support a brother and sister in Christ may give to each other. Intimacy has many faces, and the physical side of intimacy is only one aspect of relationship. I have written this to support my friends who have chosen this way and to encourage those who feel the need for companionship without sex to be comforted in that they are not alone. We are all called to be saints, and there are many ways, in Christ, through Mary, to be saints.

In addition, God did not intend people to live all alone. The fact that there are so many single, lonely individuals needs to be addressed by the Church. Those who for whatever reason cannot be a priest or nun or sister, have some options, but loneliness should not be the norm. Church communities have failed, especially in America, to support their singles. Many Catholics are singles for many reasons. There exists a judgmental attitude, which excludes those singles from the larger interaction in the Church. And, for those who desire celibacy in the world, that is an option, but it does not have to equal loneliness. I am very fortunate, as I do not experience the gnawing type of loneliness some do. I may miss my dear friends when apart from them, but that is different than the vague experience of loneliness many feel. We all need to reach out to those who feel this need, pray for them, and include them in our busy lives. To do otherwise is not to be Christian.