Second Talk from the Latin Mass Society Conference in London-Mr.Stuart McCullough of the Good Counsel Network

Posted by Supertradmum
I am still at the Latin Mass Conference on Oxford Street in London. The second talk was by Stuart McCullough of the Good Counsel Network, which I am part of as a prayer warrior for those girls and women getting abortion. Last month we prayed for a woman who changed her mind after the abortion clinic caught on fire. 70% of the women who are counseled decide not to have abortions according to Mr. McCullough. This group should be supported by those who are in America and in Great Britain. 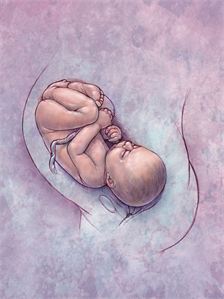 I cannot recommend this group enough. Here is the link to the website. Mr. McCullough said that the Chicago group saved 2,000 babies a year. We can change the world, people.

Part of the mission statement of the group appeals to Mary, the Mediatrix of All Grace. I just re-made the entire Consecration to Mary and ended it in Walsingham. That was so cool for me.

Mr. McCullough showed us today that abortion is spiritual warfare. Of course, and there are 600 abortions a day in England, and many, many more in America  Stuart said that we need to fast, pray, go to Mass, say rosaries for the women who come to the group.

Stuart's message was really Marian.  Blessed Mother Teresa of Calcutta said, according to Stuart, that if all Catholics spent one hour a week in Adoration, abortion would end.

Why are we not doing this?

Stuart noted also that some of the turn-arounds are miraculous. In spiritual warfare, we must do something and the Mass is the most important for traditional Catholics. Stuart pointed out that 95% of the women who come to them want an abortion. He compared the individual woman to a fox caught in a trap which considers gnawing off its leg.

Practical problems are easy to solve, but the attitudes of women seeking abortions are the hardest things to change. How sad that the world has created the attitude that motherhood is seen as a horrible experience. Stuart is a sensitive man who understands that the self-identity of women, as he stated, has been changed to the point where they cannot accept motherhood.

(Please support The Good Counsel Network either in Great Britain or in America.)


Adoption apparently scares women, stated Stuart. I found this interesting. In fifteen years, the group has only seen one child given over to adoption. This to me is a new statistic. Another statistic given today is that every week in America, abortions kill thousands of deacons, priests, nuns, sisters, and even bishops. Think about that. 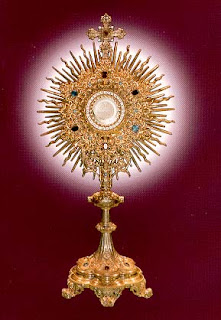 This is spiritual warfare. God bless Life. And, remember, as Stuart said this morning, Adoration of the Eucharist is a great weapon against abortion. Go, pray, ask for an end to abortion.