Posted by Supertradmum
When I was in high school, in my freshman year, age 14, we all had to take Logic. Some of us went on to take debate. These courses were part of classical, Western education. I won such contests of rational discourse as I had learned the fallacies and avoiding these were the keys to success. One put one's arguments forward rationally and succinctly. 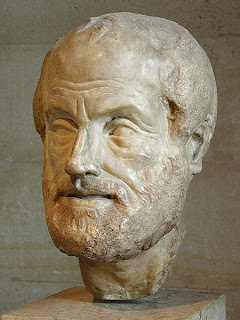 There are now two generations of people who do not know how to argue. We, in America and in England, have lost the skills of rational discourse and debate.

The way of thinking rationally is human but also a learned skill. Several things have impeded the ability of people to argue.

One, subjectivism. This is actually or could be an illness of the mind: that is, to take everything personally and to attack on the personal level, leading to ad hominem fallacies. One cannot win a real debate in this manner.

Two, relativism. Unless people can agree on common definitions and common truths, there can be no meeting of the minds for an argument. This leads to individualism and fallacies of non sequitur and the argument from fallacy. This can also lead to the fallacy of compromise which always cannot be a real alternative.

Three, lack of a moral framework, no teaching of the Ten Commandments or recognition of natural law, which means that arguments cannot even begin, as there is no common ground for an outcome.

Notice, dear readers, how many of the Modernist Heresies are actually based on faulty logic.

I do not know if we can turn the tide of this lack of thinking, which is a sign of barbarism. What takes the place of rational discourse is superstition and magical thinking.