The LIberalism of the Pharisees and Sadducees

When liberals criticize the traditionals in the Church, and I do not like to use terms like right or left, but when the left criticizes the right, they call them "Pharisees and Sadducees". The left calls the right hypocrites.

It is the direct opposite.

The liberals are the Neo-Legalists.

Let me explain, and it is really very simple.

If  persons merely go by the law, either the Ten Commandments or Canon Law in the Church, they are following a pattern of thinking which allows for casuistry  that is, the loosest interpretation of these laws. Those who are liberal point to laws and say, "Oh, we merely need to do this, but not this..." And, what is the not this?

The not this is the total giving of one's life to God. To go by the rules is not only minimalist, but dangerous.

One does not necessarily get into heaven by the easiest route, which is merely following the law.

That is what Christ meant went he said this:

Douay-Rheims 1899 American Edition
23 Then Jesus spoke to the multitudes and to his disciples,
2 Saying: The scribes and the Pharisees have sitten on the chair of Moses.
3 All things therefore whatsoever they shall say to you, observe and do: but according to their works do ye not; for they say, and do not.
4 For they bind heavy and insupportable burdens, and lay them on men's shoulders; but with a finger of their own they will not move them.
5 And all their works they do for to be seen of men. For they make their phylacteries broad, and enlarge their fringes.
6 And they love the first places at feasts, and the first chairs in the synagogues,
7 And salutations in the market place, and to be called by men, Rabbi.
8 But be not you called Rabbi. For one is your master; and all you are brethren.
9 And call none your father upon earth; for one is your father, who is in heaven.
10 Neither be ye called masters; for one is you master, Christ.
11 He that is the greatest among you shall be your servant.
12 And whosoever shall exalt himself shall be humbled: and he that shall humble himself shall be exalted.
The liberals follow the laws: they go to Church on Sunday but not during the week. They fast exactly one hour before Communion, but not more. They learn all the ways in Confession to avoid looking at the root cause of their sins by sticking with the bare minimum of the laws. They may even tithe, but not follow the corporal or spiritual works of mercy. 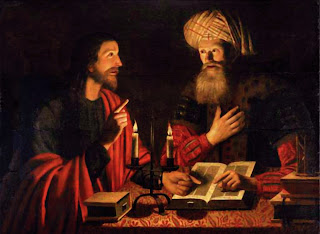 The liberals interpret the laws to find the loopholes. They say they are Catholics, but they are materialists. Like the Moslems, the Pharisees and Sadducees based their holiness on a reward and punishment basis; and on following exact performances without engaging the spirit. They tried to find the easiest way to get to heaven-by the law.
Example: the real traditional Catholic knows that Canon Law no longer covers women's head coverings, but follows an older custom because of a movement of the heart to honour God. The liberal, the Pharisee, will say it is no longer a rule, so one doesn't have to do it. They will say that one only has to go to Confession once a year as that is the law, and so on. They look for the exact interpretation and live by that and nothing more. 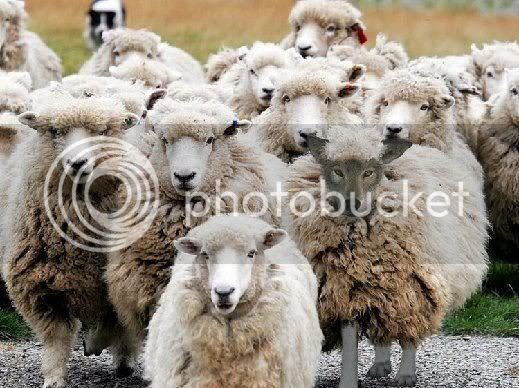 The Neo-Legalist ignores the soul, the spiritual world, and most importantly, the most important thing about religion-a relationship with God.
This is why the men of the law wanted to kill Christ. He pierced their hypocrisy with Love. They lost their way to heaven because if they had to love, they would be forced to do more than the law; they would have to repent and change; they would have to love their neighbour as themselves not in the minimum but in the maximum manner. The mantra of the Neo-Legalist comes from a view of spirituality based on modernism and psychology, instead of holiness.

He then goes on in this sermon to speak of the Beatitudes, which a real liberal will not understand. One cannot give one's entire mind, heart, soul to God and remain a liberal. That self-denial brings one into conformity with the Holy Trinity, the Mind of Christ and the Mind of the Church.

One ceases to be a Neo-Legalist is one is in love with God and lives, and moves and has one's being in God. Love destroys legalism and makes one more traditional, as one becomes one with the Trinity is all things. This is the position of the truly humble person. 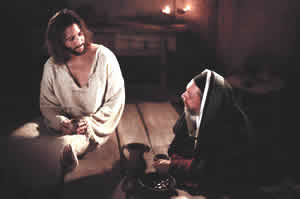 The prideful man thinks that following the law without engaging his spirit in a deep communion with God is enough. That is why these Sadducees and Pharisees wanted to kill God. He intruded into their calm and sure way to get to heaven. He demanded their entire souls, not merely the minimum.

This was Christ's message to Nicodemus:

Nicodemus saith to him: How can a man be born when he is old? can he enter a second time into his mother's womb, and be born again? Jesus answered: Amen, amen I say to thee, unless a man be born again of water and the Holy Ghost, he cannot enter into the kingdom of God. John 3:4-5 DR

This scares the liberals, as it demands the total surrender to God. A traditionalist at the TLM knows what this means by the very obedience to the most beautiful thing under heaven. The humility of the TLM brings new life and the new man. Holiness is a question of BEING and not merely DOING. If one does the minimum, one will not become perfect. One will not see God.