Pope Benedict XVI on St. Hildegard of Bingen...Part Eleven and Some Words of Caution 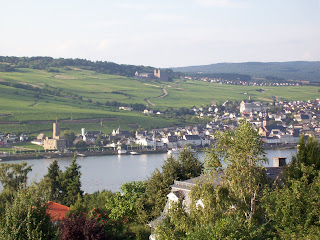 I add one more on Hildegard, simply because I want to end this section with the words of Pope Benedict XVI. Also, read these words thinking of all the great ladies, Teresa, Therese, Catherine, Hildegard, and the greatest of all, Mary. It is important for me to stress the solid foundation of Hildegard as rooted in Catholic theology and spirituality.

We need to see her firmly in the Benedictine tradition of monastic order and prayer, as well as the medieval tradition of mysticism. Her writings are not those of some odd, eccentric woman who reaches down to an age of feminism, but the story of the response of every Christian to the Love of the Indwelling of the Trinity.

That the New Age movement has kidnapped her is most unfortunate, as the interpretations lead people astray. She is not a seer of the goddess movement, nor a prophet of feminism. Here is the Pope from the 2010  series of talks on the saint. This selection from the series is in italics, as usual, for this blog.

In a letter to St Bernard the mystic from the Rhineland confesses: "The vision fascinates my whole being: I do not see with the eyes of the body but it appears to me in the spirit of the mysteries.... I recognize the deep meaning of what is expounded on in the Psalter, in the Gospels and in other books, which have been shown to me in the vision.


This vision burns like a flame in my breast and in my soul and teaches me to understand the text profoundly" (Epistolarium pars prima I-XC: CCCM 91). 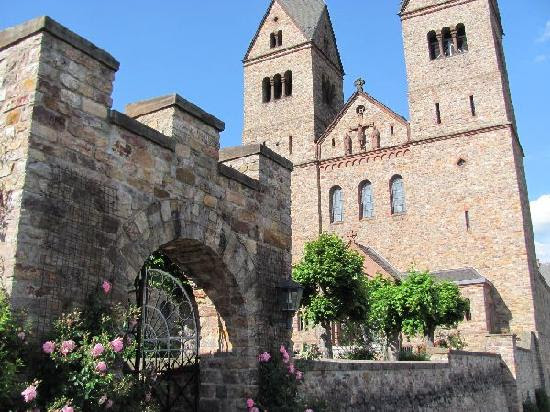 Hildegard's mystical visions have a rich theological content. They refer to the principal events of salvation history, and use a language for the most part poetic and symbolic. For example, in her best known work entitled Scivias, that is, "You know the ways" she sums up in 35 visions the events of the history of salvation from the creation of the world to the end of time. With the characteristic traits of feminine sensitivity, Hildegard develops at the very heart of her work the theme of the mysterious marriage between God and humanity that is brought about in the Incarnation. On the tree of the Cross take place the nuptials of the Son of God with the Church, his Bride, filled with grace and the ability to give new children to God, in the love of the Holy Spirit (cf. Visio tertia: PL 197, 453c). 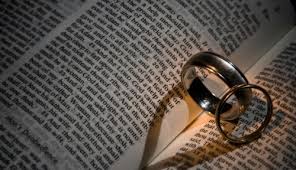 From these brief references we already see that theology too can receive a special contribution from women because they are able to talk about God and the mysteries of faith using their own particular intelligence and sensitivity. I therefore encourage all those who carry out this service to do it with a profound ecclesial spirit, nourishing their own reflection with prayer and looking to the great riches, not yet fully explored, of the medieval mystic tradition, especially that represented by luminous models such as Hildegard of Bingen. 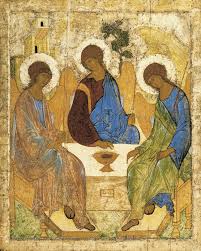 The Rhenish mystic is also the author of other writings, two of which are particularly important since, like Scivias, they record her mystical visions: they are the Liber vitae meritorum (Book of the merits of life) and the Liber divinorum operum (Book of the divine works), also called De operatione Dei. In the former she describes a unique and powerful vision of God who gives life to the cosmos with his power and his light. Hildegard stresses the deep relationship that exists between man and God and reminds us that the whole creation, of which man is the summit, receives life from the Trinity. The work is centred on the relationship between virtue and vice, which is why human beings must face the daily challenge of vice that distances them on their way towards God and of virtue that benefits them. The invitation is to distance themselves from evil in order to glorify God and, after a virtuous existence, enter the life that consists "wholly of joy".


In her second work that many consider her masterpiece she once again describes creation in its relationship with God and the centrality of the human being, expressing a strong Christo-centrism with a biblical-Patristic flavour. The Saint, who presents five visions inspired by the Prologue of the Gospel according to St John, cites the words of the Son to the Father: "The whole task that you wanted and entrusted to me I have carried out successfully, and so here I am in you and you in me and we are one" (Pars III, Visio X: PL 197, 1025a).


Finally, in other writings Hildegard manifests the versatility of interests and cultural vivacity of the female monasteries of the Middle Ages, in a manner contrary to the prejudices which still weighed on that period. Hildegard took an interest in medicine and in the natural sciences as well as in music, since she was endowed with artistic talent. Thus she composed hymns, antiphons and songs, gathered under the title: Symphonia Harmoniae Caelestium Revelationum (Symphony of the Harmony of Heavenly Revelations), that were performed joyously in her monasteries, spreading an atmosphere of tranquillity and that have also come down to us. For her, the entire creation is a symphony of the Holy Spirit who is in himself joy and jubilation.

This last part is a good way to summarize the entire perfection series on this blog: "The spiritual life must be tended with great dedication."

The popularity that surrounded Hildegard impelled many people to seek her advice. It is for this reason that we have so many of her letters at our disposal. Many male and female monastic communities turned to her, as well as Bishops and Abbots. And many of her answers still apply for us. For instance, Hildegard wrote these words to a community of women religious: "The spiritual life must be tended with great dedication. At first the effort is burdensome because it demands the renunciation of caprices of the pleasures of the flesh and of other such things. But if she lets herself be enthralled by holiness a holy soul will find even contempt for the world sweet and lovable. All that is needed is to take care that the soul does not shrivel" (E. Gronau, Hildegard. Vita di una donna profetica alle origini dell'età moderna, Milan 1996)

Readers, I purposefully did not use some of the drawings done by artists in the past twenty years concerning  her visions and understanding of Love. Many of those do not reflect the connections between Christ and the soul, or the long history of the Illuminative and Unitive Ways which we have in the Catholic Church.

Doctors of the Church...to be continued....