More Aquinas on Temperance; The Entitlement Culture Does Not Get This... 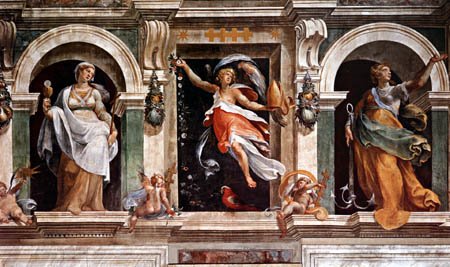 I have written here on the Cardinal Virtues before, but I want to highlight Aquinas. We need to be absolutely clear as to the importance of these virtues, given in baptism, but needing the cooperation of our will and the grace of the sacraments. 2:2;141 is the reference for the next two postings.

Temperance is connected to humility and reason. We remember our end, which is eternal life with God. All things on earth need to be seen in the light of our end.

As stated above (1; 109, 2; 123, 12), the good of moral virtue consists chiefly in the order of reason: because "man's good is to be in accord with reason," as Dionysius asserts (Div. Nom. iv). Now the principal order of reason is that by which it directs certain things towards their end, and the good of reason consists chiefly in this order; since good has the aspect of end, and the end is the rule of whatever is directed to the end. Now all the pleasurable objects that are at man's disposal, are directed to some necessity of this life as to their end. Wherefore temperance takes the need of this life, as the rule of the pleasurable objects of which it makes use, and uses them only for as much as the need of this life requires.

What do we really need? Why do we think we have so many needs? Entertainment is a need which is over-blown in our society. If we are following the road to perfection, we embrace suffering and do not run away from it into attitudes of entitlement.

Beauty is a need, but not in excess, as in the pursuit of pleasure. We have been conditioned in the past fifty years to think that we need things we do not need.

Rest is a need, but not in excess. I note that the Tyburn nuns have 45 minutes or so of recreation a day. And, no vacations. Why is their need so different from most of the world's needs?

They exhibit temperance and balance. They live moderately, or even less than moderately. In this order, there is a happiness, a contentment which flows out of self-denial.

Reply to Objection 2. The need of human life may be taken in two ways. First, it may be taken in the sense in which we apply the term "necessary" to that without which a thing cannot be at all; thus food is necessary to an animal. Secondly, it may be taken for something without which a thing cannot be becomingly. Now temperance regards not only the former of these needs, but also the latter. Wherefore the Philosopher says (Ethic. iii, 11) that "the temperate man desires pleasant things for the sake of health, or for the sake of a sound condition of body." Other things that are not necessary for this purpose may be divided into two classes. For some are a hindrance to health and a sound condition of body; and these temperance makes not use of whatever, for this would be a sin against temperance. But others are not a hindrance to those things, and these temperance uses moderately, according to the demands of place and time, and in keeping with those among whom one dwells. Hence the Philosopher (Ethic. iii, 11) says that the "temperate man also desires other pleasant things," those namely that are not necessary for health or a sound condition of body, "so long as they are not prejudicial to these things." 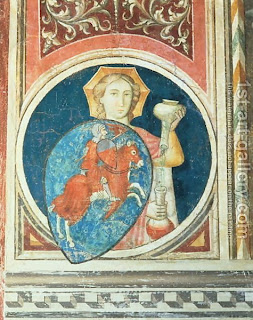 One time, long ago, a rich woman said to me that she needed more holidays than the poor because being rich was so stressful! She felt she had duties to the common good, which she did, but could not see the irony that her activities caused her a stress she did not need to endure. She could not see that she was denying a spiritual reality to sink into her life by so much doing.

She was caught up in DOING rather than being. She was a heiress of a large fortune and her doing things was her way of sharing. Some of this was good, but mostly, she could not see that she was causing her own stress and that her spiritual life was atrophying. She had many talents and gifts. Sometimes, those so gifted need to simplify the use of their gifts and let God take control.

Simplicity of life was something she simply could not understand.

We have too many living in the West like they are rich when they are not. This is the cult of status. The new rich lack culture and manners in the pursuit of doing things the rich do without any concept of noblese oblige. Thomas understood this all very well, coming from a powerful and noble family. He gave it all up. Thank God for his personal sacrifice-for his temperance.