Heart and Head Debate Continued..."What does Athens have in common with Jerusalem?"

Posted by Supertradmum
What most people mean by heart knowledge is feeling. This type of false definition leads good Catholics into running after the latest experiences in religion, new age spiritualities, private revelations, and other feel-good Gnosticisms.

Sadly, none of those things have anything to do with the pursuit of holiness or the real love of God.

I remind people all the time that love is in the will.

The problem is that many Catholics have been affected both by post-modernism's denial of the traditional means of knowing something, and the older, fideistic emphasis on the antagonism of faith and reason.

Here is what Blessed John Paul II has to say about this.


It is no accident that, when the sacred author comes to describe the wise man, he portrays him as one who loves and seeks the truth: “Happy the man who meditates on wisdom and reasons intelligently, who reflects in his heart on her ways and ponders her secrets. He pursues her like a hunter and lies in wait on her paths. He peers through her windows and listens at her doors. He camps near her house and fastens his tent-peg to her walls; he pitches his tent near her and so finds an excellent resting-place; he places his children under her protection and lodges under her boughs; by her he is sheltered from the heat and he dwells in the shade of her glory” (Sir 14:20-27).


For the inspired writer, as we see, the desire for knowledge is characteristic of all people. Intelligence enables everyone, believer and non-believer, to reach “the deep waters” of knowledge (cf. Prov 20:5). It is true that ancient Israel did not come to knowledge of the world and its phenomena by way of abstraction, as did the Greek philosopher or the Egyptian sage. Still less did the good Israelite understand knowledge in the way of the modern world which tends more to distinguish different kinds of knowing. Nonetheless, the biblical world has made its own distinctive contribution to the theory of knowledge. 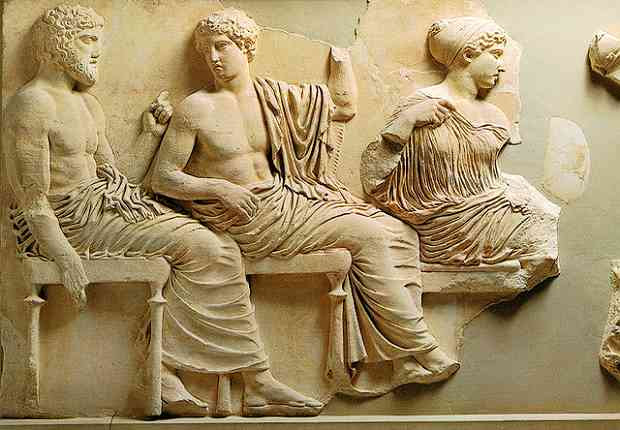 What is distinctive in the biblical text is the conviction that there is a profound and indissoluble unity between the knowledge of reason and the knowledge of faith. The world and all that happens within it, including history and the fate of peoples, are realities to be observed, analysed and assessed with all the resources of reason, but without faith ever being foreign to the process. Faith intervenes not to abolish reason's autonomy nor to reduce its scope for action, but solely to bring the human being to understand that in these events it is the God of Israel who acts. Thus the world and the events of history cannot be understood in depth without professing faith in the God who is at work in them. Faith sharpens the inner eye, opening the mind to discover in the flux of events the workings of Providence. Here the words of the Book of Proverbs are pertinent: “The human mind plans the way, but the Lord directs the steps” (16:9). This is to say that with the light of reason human beings can know which path to take, but they can follow that path to its end, quickly and unhindered, only if with a rightly tuned spirit they search for it within the horizon of faith. Therefore, reason and faith cannot be separated without diminishing the capacity of men and women to know themselves, the world and God in an appropriate way. 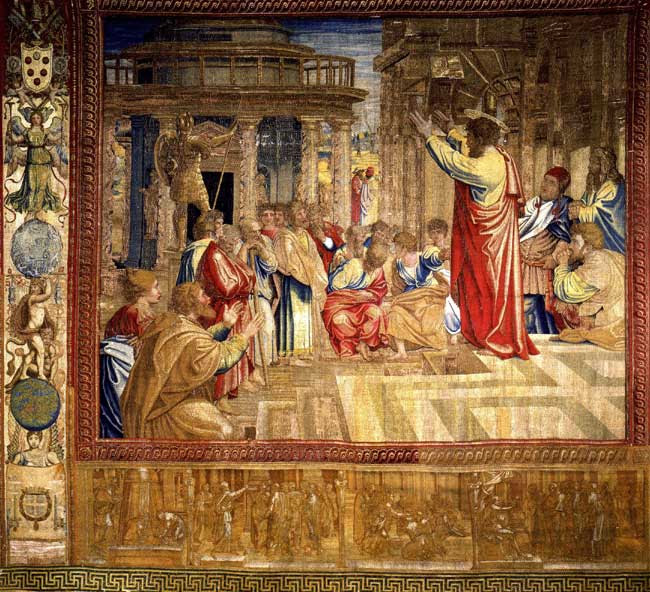 41. The ways in which the Fathers of East and West engaged the philosophical schools were, therefore, quite different. This does not mean that they identified the content of their message with the systems to which they referred. Consider Tertullian's question: “What does Athens have in common with Jerusalem? The Academy with the Church?”.(40) This clearly indicates the critical consciousness with which Christian thinkers from the first confronted the problem of the relationship between faith and philosophy, viewing it comprehensively with both its positive aspects and its limitations. They were not naive thinkers. Precisely because they were intense in living faith's content they were able to reach the deepest forms of speculation. It is therefore minimalizing and mistaken to restrict their work simply to the transposition of the truths of faith into philosophical categories. They did much more. In fact they succeeded in disclosing completely all that remained implicit and preliminary in the thinking of the great philosophers of antiquity.(41) As I have noted, theirs was the task of showing how reason, freed from external constraints, could find its way out of the blind alley of myth and open itself to the transcendent in a more appropriate way. Purified and rightly tuned, therefore, reason could rise to the higher planes of thought, providing a solid foundation for the perception of being, of the transcendent and of the absolute.
It is here that we see the originality of what the Fathers accomplished. They fully welcomed reason which was open to the absolute, and they infused it with the richness drawn from Revelation. This was more than a meeting of cultures, with one culture perhaps succumbing to the fascination of the other. It happened rather in the depths of human souls, and it was a meeting of creature and Creator.