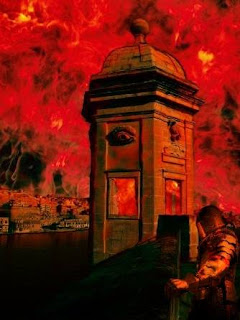 An very interesting book is now number one in Islamic books in America. Here is a section from the author's interview. I taught Islamic sects in both classes on Comparative Religions and Islam at the college and university levels. I came to some of the same conclusions just by studying the Islamic texts and history, plus some really good historians, who are leading new developments in scholarship. I shall get the book this week and give my own views here on the blog. This book has to do with the historical existence of the religion's founder.

Islam is a faith rooted in history. It makes historical claims. Muhammad is supposed to have lived at a certain time and preached certain doctrines that he said God had delivered to him. The veracity of those claims is open, to a certain extent, to historical analysis. Whether Muhammad really received messages from the angel Gabriel may be a faith judgment, but whether he lived at all is a historical one. Islam is not unique in staking out its claims as a historical faith or in inviting historical investigation. But it is unique in not having undergone searching historical criticism on any significant scale. Both Judaism and Christianity have been the subject of widespread scholarly investigation for more than two centuries. Why should Islam be exempt from such examination? And is it still possible in our politically correct world even to raise such questions?

Amazon link for the book is here. Another book making waves for its comprehension and research is Islam: Critical Essays about a Political Religion.