Educaton and the Death of the Soul 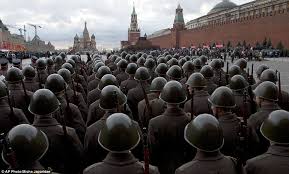 Many years ago, for about five years, I gave talks to boards of schools and parents on the history of classical education in America and in Canada. I helped some schools by writing their curricula based on classical modes. I explained the difference between the terminal degree school, to which I refereed here a few days ago and college preparatory schools.

Now, a interesting turn has occurred which confirms the victory of utilitarianism in public schools. However, lest people panic, it is based on the earlier methodologies of terminal degree high schools at the turn of the century--19th and 20th.

There should be a return to terminal degree schools which can teach real skills. But, there should also be liberal arts based schools which teach thinking skills. I have written about this before here and my previous blog was stuffed with such postings. The difference now is that God is completely out of the educational systems and we see the victory of atheism and utilitarianism.

Here is an article which reveals the new trend. Bismarck and Dewey would be pleased.

American literature classics are to be replaced by insulation manuals and plant inventories in US classrooms by 2014.
A new school curriculum which will affect 46 out of 50 states will make it compulsory for at least 70 per cent of books studied to be non-fiction, in an effort to ready pupils for the workplace.
Books such as JD Salinger's Catcher in the Rye and Harper Lee's To Kill a Mockingbird will be replaced by "informational texts" approved by the Common Core State Standards.
Suggested non-fiction texts include Recommended Levels of Insulation by the the US Environmental Protection Agency, and the Invasive Plant Inventory, by California's Invasive Plant Council.

The new educational standards have the backing of the influential National Governors' Association and the Council of Chief State School Officers, and are being part-funded by a grant from the Bill & Melinda Gates Foundation.
The teacher highlighted here is obviously one who understands the need for liberal arts. And writing is a result of thinking skills being taught much earlier than high school.
The name of the game is now "make good unthinking people who the government can boss around". Remember Dewey and Bismarck created an entire civilization change doing away with the liberal art.
Jamie Highfill, a teacher at Woodland Junior High School in Arkansas, told the Times that the directive was bad for a well-rounded education.
"I'm afraid we are taking out all imaginative reading and creativity in our English classes.
"In the end, education has to be about more than simply ensuring that kids can get a job. Isn't it supposed to be about making well-rounded citizens?"
Supporters of the directive argue that it will help pupils to develop the ability to write concisely and factually, which will be more useful in the workplace than a knowledge of Shakespeare.

Yes, but studying Shakespeare helps form a soul, not merely a body. We are witnessing the beginning of the training of the godless proletariat in America. Do not kid yourselves on this point.