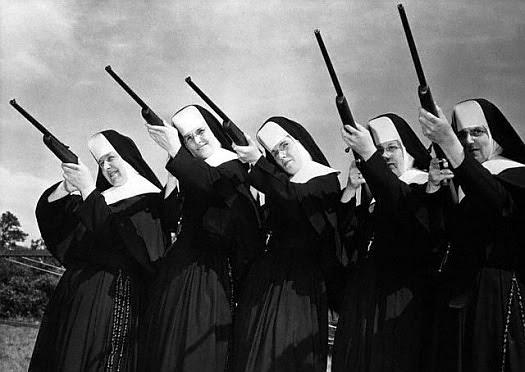 I completely agree with this study. Again, LifeSiteNews has an excellent article on the disaster of having certain types of teachers in the classroom. I shall make a comment, but here is a snippet. January 17, 2013,  (LifeSiteNews.com) – Has the Sexual Revolution, and the feminist ideology that drives it, pushed men out of universities by undermining boys in school as early as kindergarten?

Some writers are beginning to connect the dots between the shift over the last few decades in educational practices from fact-based grading to evaluation based on “non-cognitive” and “emotional skills” and the drop in school performance of boys.In the 1970s, feminist critics regularly complained that the school system favored “male thinking.” Facts, dates, rote learning, and math skills that were seen as “too masculine” for girls. In the intervening decades, feminists have made huge strides throughout the Western world, and education – particularly in the training of teachers – has been transformed as a result.That most government policy makers and academics accept this as an unqualified success has left bewilderment as to how the new, more “fair” teaching styles have resulted in poor outcomes for boys and ultimately for the men they must become.A five-year research project, funded by the Departments of Education and Justice in Northern Ireland, has just been released that found “systemic flaws” in the way students are evaluated that leave boys disadvantaged. Boys from poor neighbourhoods in Belfast and other cities are especially vulnerable to learning underachievement and health problems.Dr. Ken Harland and Sam McCready from the University of Ulster said that the problem has been clear for “several decades,” but that “it was extremely difficult for the research team to find specific strategies addressing boys’ underachievement.”“Although teachers who were interviewed as part of this study recognised the predominance of boys with lower academic achievement, they generally did not take this into account in terms of learning styles or teaching approaches,” he said. 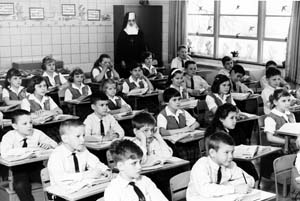 Now, some of you will say, that nuns taught boys for years and there was not any of this damage. Or, if there was, it was on the side of strictness.

Here is my take on this dilemma.

One, nuns in the pre-seventies days of feminism were trained in logic and rational thinking. They taught mostly from an Aristotelian, Thomistic background, which was part of their training.

Two, if not Thomistic, then the orders learned Ignatian educational methodology, the Ratio Studiorum, which is disciplined. I have studied Catholic teaching methodologies based on the orders, and there are many. All are disciplined.

Three, strictness and discipline were part of the nuns' lives and this was passed on into the discipline and order in the classroom. Some people complained of this strictness, but for boys especially, this type of discipline was a good. As a Montessorian, I know that order, peace, and even quiet is necessary for learning.

Four, prayer creates objectivity in thinking and spirituality, so that the person moves away from working our of the emotions and passions. THIS IS KEY for teachers and parents or anyone involved in child-formation to obtain. (NOTE: I call teaching child formation, and it is-just as a seminarian is formed, so is a child, from birth on..more on this later)

Five, the nuns knew and praticed obedience themselves, so that the students had examples before them of diligence, order, humility, and so on...

By the way, my aunt, who is a nun in her 90s taught fifth grade boys mathematics for years and years. She is one, tough lady.