Again, on the Liberal Arts and the Trivium and Quadrivium: Perfection and the Doctors of the Church-Isidore of Seville: Part 102

Posted by Supertradmum
For many years of my life, I was involved in helping schools and one college set up Trivium and Quadrivium studies. I have taught the famous book on this subject, by Martianus Minneus Felix Capella, De nuptiis Philologiae et Mercurii sometimes called the  On the Seven Disciplines  or the seven liberal arts.

But, if I had to choose one book dealing with classical education to take to a desert island, it would be the Doctor of the Church St. Isidore of Seville's Etymologie. 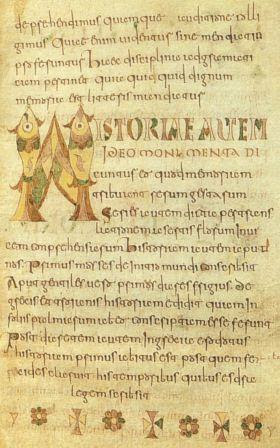 This work is a compilation of knowledge and definitions from the classical world, which is being lost to ennui and the lack of structure in our educational systems. For centuries, children and adolescents learned the liberal arts in order to learn how to think.

This ideal was destroyed on purpose in the 19th century by Bismarck and by Dewey, among others.

If a Catholic has not had the benefit of a classical education, the culture of the West will die, as well as creating an impoverishment in the Church.

Tradition and Revelation formed part of this great Western tradition we called civilization. Thankfully, the Benedictine monks kept copying Isidore for the future students who would use him. Learning and the Love of God formed the basis of the Benedictine way.

Those who cannot see the value cannot see how the discipline of the monasteries and seminaries in ancient times created men and women who not only could become holy, but think. The use of the intellect and the pursuit of holiness go together.

This entire way of life is disappearing so fast, I cannot imagine a stemming of the tide of anarchy, which is the result of a lack of thinking. Here is one small section of Isidore's work, which I shall highlight in the next few days in the perfection series.

The great problem of the 21st century is the emphais on emotion rather than thought and the notion that religion is not connected to thinking.

How wrong this is.... first take a look at this reminder of the liberal arts.


ii. The seven liberal disciplines (De septem liberalibus
disciplinis) 1. There are seven disciplines of the liberal
arts. The ﬁrst is grammar, that is, skill in speaking.
The second is rhetoric, which, on account of the brilliance
and ﬂuency of its eloquence, is considered most necessary in public proceedings.
The third is dialectic, otherwise known as logic, which separates the true from the
false by very subtle argumentation.
2. The fourth is arithmetic, which contains the principles and classiﬁcations
of numbers. The ﬁfth is music, which consists of poems
and songs.3. The sixth is geometry, which encompasses
the measures and dimensions of the earth. The seventh
is astronomy, which covers the law of the stars.

For many of my readers, this list looks like a foreign curriculum. However, I have helped set up such in some schools in the States and in Canada, and my home school was based on this and the Montessori Method. 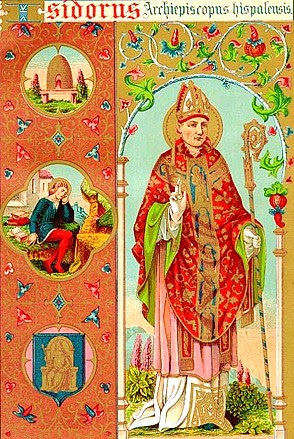 What does all this have to do with perfection?

God has given us brains to use to discover Who He Is.

Revelation and the study of Scripture is part of this journey to knowledge. But, there is more.

As Father, as Creator, as Son of God, the Incarnate One and as the Holy Spirit, God dwells in us through grace.

Our intellects are to be renewed in that grace. The Benedictines understood this by creating the oldest institution in Christian Europe, the classical educating school system.

This was created out of the ruins of Rome, and God Himself, becoming Incarnate at a particular time in history, shows us the way to be human and divine.

We cannot ignore the human in our search for perfection. The honing of the mind allows us to come to know God Himself.

One reason for the lack of holiness in the world is the destruction of thinking skills. People have fallen into New Age and Pentecostal religious experience because they have not learned that the mind is part of the way to God. We ignore learning at our own peril.

Isidore knew this. He is one of the most important Doctors of the Church for our time.

Here is another section: Isidore wrote all the knowledge he could at the time of the failing of the Roman empire. We should be doing the same-passing down knowledge for the sake of the souls of our children, and grandchildren before it is too late. All this is found here. I shall highlight more sections later pertaining to the road to unity with God. Without Isidore, we would not have had the space race to the moon, or penicillin, or Shakespeare, or Tolkien.  Without Isidore, we would not have the later Doctors of the Church, such as St. Bernard of Clairvaux, whose superb sermons used so much on this blog, are based on Cicero and other classical orators.

Out of Isidore's massive twenty volume encyclopedia  the only thing missing is musical notation, which he felt could not be written down. The Benedictines took up that challenge nicely.

The first printed map EVER in Europe was that of Isidore of Seville's, printed in 1472. 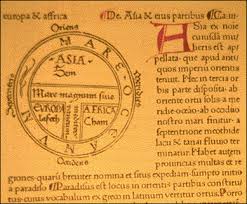 Does this mean that a simple person cannot become holy? Of course not, but the duty of the vast majority of the laity is to find God through learning. This is part of the heritage of Catholicism. To be continued...

i. The Old and New Testament (De Veteri et Novo Testamento) 1. The Old Testament is so called because it
ceased when the New came. The apostle Paul reminds
us of this, saying (II Corinthians5:17): “Old things have
passed away, and behold, new things have come about.”

2. One testament is called New (Novus) because it innovates (innovare). Indeed, the only ones who come to
know it are those who are renewed (renovatus) from the
old by grace and who belong now to the New Testament,
which is the kingdom of heaven.
3. The Hebrews take the Old Testament, with Ezra
as its redactor, as consisting of twenty-two books, corresponding to the number of letters in their alphabet. They
divide these books into three classes: Law, Prophets, and
Sacred Writings. 4. The ﬁrst class, Law (Lex), is taken as
being ﬁve books: of these the ﬁrst is Bresith,1
which is
Genesis; second Veelle Semoth, which is Exodus; third
Vaiicra, which is Leviticus; fourth Vaiedabber, which is
Numbers; ﬁfth Elleaddebarim, which is Deuteronomy.
5. These are the ﬁve books of Moses, which the Hebrews
call Torah (Thora), and Latin speakers call the Law. That
which was given through Moses is properly called the
Law.
6. The second class is of Prophets (Propheta), in which
are contained eight books, of which the ﬁrst is Josua
Benun, called Iesu Navein Latin (i.e. the book of Joshua
‘ben Nun,’ the son of Nun). The second is Sophtim,
which is Judges; third Samuel, which is First Kings;
fourth Malachim, which is Second Kings; ﬁfth Isaiah;
sixth Jeremiah; seventh Ezekiel; eighth Thereazar, which
is called the Twelve Prophets, whose books are taken as
one because they have been joined together since they
are short.
7. The third class is of Sacred Writings (Hagiographa),
that is, of ‘those writing about holy things’ (sacra
scribens; .... 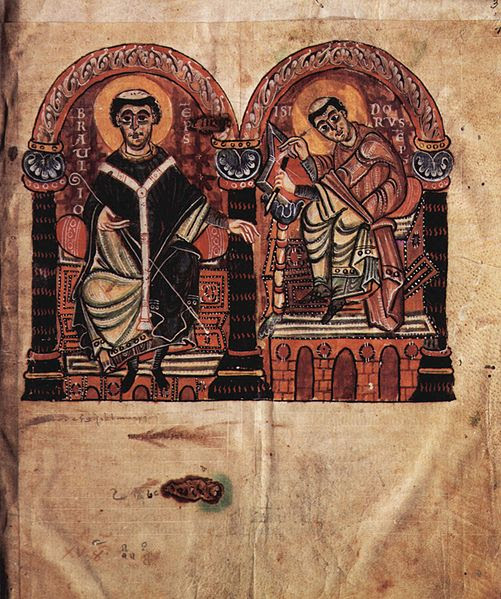 9. We also have a fourth class: those books of the Old
Testament that are not in the Hebrew canon. Of these the
ﬁrst is the Book of Wisdom, the second Ecclesiasticus;
the third Tobit; the fourth Judith; the ﬁfth and sixth,
the books of Maccabees. The Jews hold these separate
among the apocrypha (apocrypha), but the Church of
Christ honors and proclaims them among the divine
books.

10. In the New Testament there are two classes: ﬁrst
the Gospel (evangelicus) class, which contains Matthew,
Mark, Luke, and John, and second the Apostolic (apostolicus) class which contains Paul in fourteen epistles, Peter in two, John in three, James and Jude in single
epistles, the Acts of the Apostles and the Apocalypse
(i.e. Revelation) of John. 11. The entire content of both
Testaments is characterized in one of three ways, that
is, as narrative (historia), moral instruction (mores), or
allegorical meaning (allegoria). These three are further
divided in many ways: that is, what is done or said by
God, by angels, or by humans; what is proclaimed by the
prophets about Christ and his body [that is, the Church],
about the devil and his members, about the old and the
new people, about the present age and the future kingdom and judgment.