For several weeks, I have been reading the Pentateuch, and meditating on the Hebrews long exile in the Wilderness.

I have commented on this here in what has become a popular post,

but would like to add to that comment in light of things which are happening so fast around us in Europe.

The sins of the Hebrews coming out of Egypt are not subtle, but the interior disposition which causes those sins are. I use the present tense, as these sins, both external and internal, plague us today.

Firstly, the sins were murmuring or continual complaining, a sign of ungratefulness; idolatry, which exploded in the creation of the golden calf and the destruction of two entire clans, caused by lust and a lack of patience; envy of Moses; and cowardice, as only Joshua and Caleb and their families entered the Promised Land.

One can see that externally, these sins differ but there is an interior disposition which causes all-murmuring, idolatry, envy, lust and cowardice.

This is the sin of self-love. Self-love causes one to rebel, deeply, against God and human authority.

Self-love destroys peace and the worship due to God.

Self-love falls into sensuality over and over, as the self becomes god.

Self-love deceives and stops the pursuit of self-knowledge. 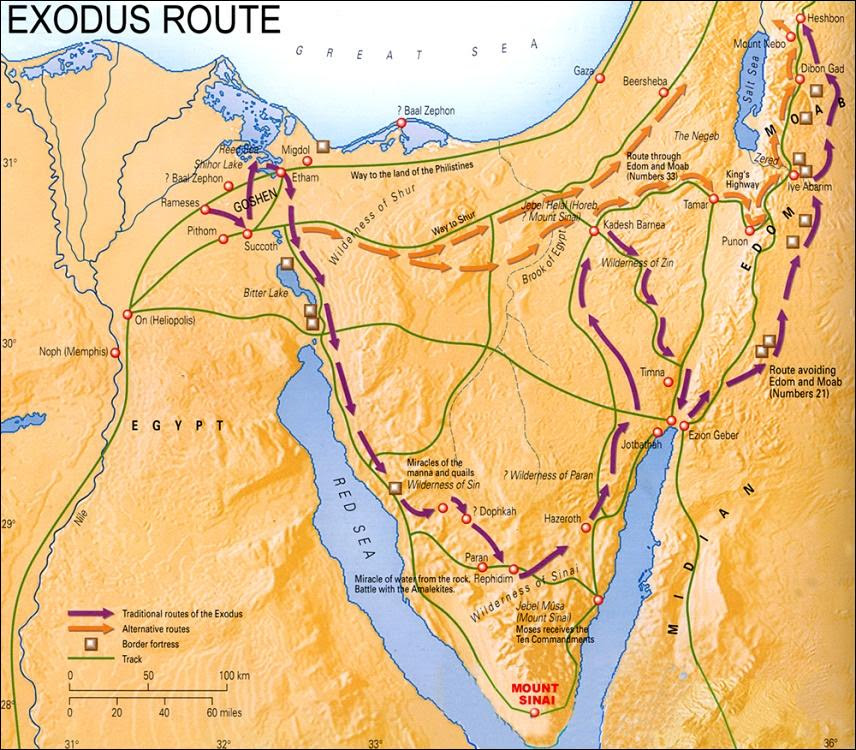 God either makes us or allows us to wander until our senses and our spirits are purified. Only the perfect see God. Only the pure in heart went into the Promised Land.

Caleb and Joshua are two of my favourite Old Testament heroes. But, I tend to like the John Wayne men, such as David and the Maccabees.

It is interesting that some of the most numinous and direct revelations of God and His angels were given to Joshua and the Maccabees. 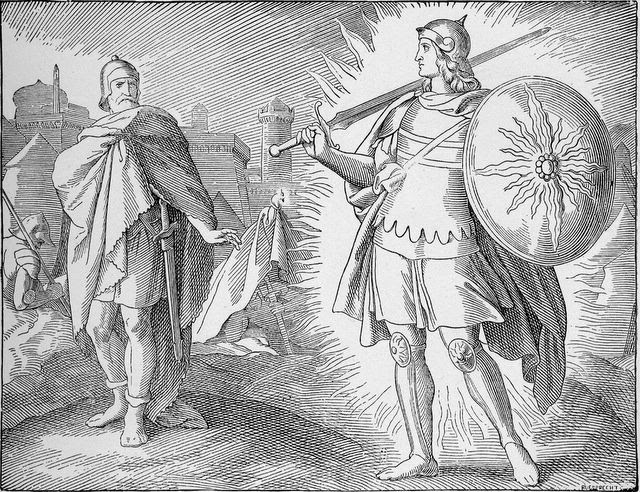 These men fought out of a purity of heart, which is difficult for modern men to grasp.

Caleb saw the tall and fit Canaanites, but was not afraid. His family were blessed by his faith.

In fact, he was rewarded with so much land, that he could give much to his daughter, which I shall write about later.

Joshua, Caleb, the Maccabees had to acquire a purity of heart, a death to self, in order to see God and His Hosts.  How is it that they, among so many who had to die in the Wilderness as a punishment, could go on?

These men loved God more than themselves or their comfort. Simple, really.

David fell into sin, but after his repentance of adultery and murder, he came back to God more humble and with a purity of heart.

Purity of heart demands that one loves, focuses, follows all the ways of God.

Metaphorically, those who wandered in the Wilderness were wandering in their own souls. Until they were purged of self-love, they could not even see the Promised Land. It is interesting that God only chose those who could actually obey Him totally to continue into Canaan. Even Moses was denied entrance and could only look on what he worked so hard to attain. But, he had sinned, being impatience with God.

Obedience is a fruit of the pure in heart. Complaining means that one is playing God. Those who wander in the Wilderness are finally purified, but only so that they can pass their faith and humility on to their children. And, this is key. The younger generation never saw the works of God. They did not see the Passover, the Exodus, the Parting of the Red Sea. But, they heard of the wonders of God from their parents.

They did not see Moses going up on to Mt. Sinai, or coming down and destroying the idolators. They did not see the earthquake which swallowed up the sinful leaders. I merely paraphrase Deuteronomy here.

But, they were formed in the desert. This gives me hope. Those in this and the next generation will be formed in deserts.

They will need the stories, the heritage of the Catholic Tribe to carry on in unmitigated faith.

The Wilderness experience created a generation of the pure in heart.