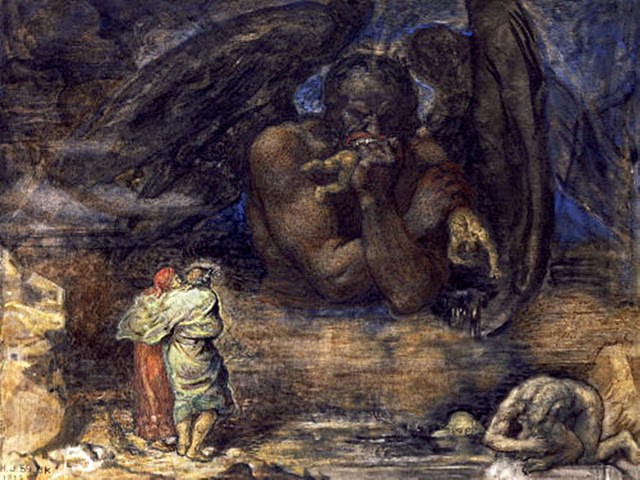 The devil, as Father Phelim points out, can only"gain a foothold on the soul through the working on its faculties." This is why the Dark Night includes the destruction of images and memories which take one away from God.

Recently, in a drama I was watching, a woman spoke to her lover that she had already sinned against God and her husband by thinking of her lover. The woman and her lover did commit adultery in the play, and they were aware the entire year they were together, that they were sinning. Now, the drama timeline was written in a time, many years ago, when people still knew that adultery was a serious, mortal sin. Interesting to me was the depiction of these lost souls, who verbalized that they were both damned, but chose each other anyway. What is more interesting, is that they become more miserable as the year went on. They began to hate the life of lust that they had chosen freely.

But, notice, the two sinners were very aware that they had chosen mortal sin over God and given in to temptation. Again, although satan watched them and tempted them, they chose to sin. As they were both, in this drama, Christians, they had knowledge, but their wills were weakened by frequent contact, and by speaking of their "love". Free will is a mighty gift. Their wills led them to misery.

This is the nature of sin. It starts in the imagination, in the mind.  In the Dark Night, God pulls us away from any distractions from His grace, so that one can become pure enough for His coming as the Bridegroom.

Father Phelim did not have movies, television dramas, or novels to help him visualize sin, but he understands the roots of sin, as does St. John of the Cross. He notes that vanity and "disquiet" come from the roots of sin. Once one is purged of these roots of self-love, peace and "equanimity", (such a word is rarely used now), become the way of live for the person living in the Dark Night. The Dark Night steadies one to be able to fight satan, even to the point of moving away from venial sin and the desire for sin.