Where is the danger? 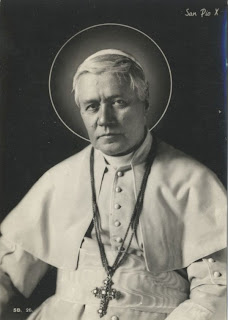 Some people are asking me where the danger is in the Papal interviews and messages. They sense something is not correct as so many of the statements are opposite of what they have learned and studied. But, many cannot put their finger on the roots of the problems or confusions.

There is one word which covers all the areas of chaos and that is modernism. I have put the great encyclicals against modernism as links on the blog and referred to these many times.

Modernism is a label which covers many errors. These heresies are just some which fall under the modernist label.


And, if one wants a complete list of the Church's condemnation of these and others, check out these documents, from this list on the Catholic Encyclopedia site.


The following are the principal decrees or documents expressly directed against modernism.