Being An Disciple Means Real Love

Posted by Supertradmum
In this diocese, there has been no Catholic Charities for a long time. Those who have run the major parishes have supported socialism and big government. The concept of natural virtue, the ideal of people in the pew helping those who are in need around them is not preached.

Many Catholics no longer trust the use of money by dioceses. This has happened primarily because some dioceses have mismanage money and because many dioceses sent money to liberal, even immoral causes, such as pro-contraception, pro-abortion "charities".

What is missing is the idea that each person should reaching out to the poor daily. This is not the job of the government, but the job of every baptize Catholic.

Why do Catholics believe that they do not have to help individual poor people, those in the parishes with faces, the faces of those who are suffering?

Why has the Calvinist idea of the "worth poor" or the "undeserving poor" infected Catholic minds.

I have come up with some reasons why people have turned away from caring for others, and have ignored real need right underneath their noses?

First of all, the falsity of the American Dream has created a huge lie that all Americans believe to a certain degree. That people can find work on their own merits is simply no longer true. That people have lost jobs for reasons beyond their control is also true. Grants may be discontinued, schools may close, departments may be made redundant.

The American Dream assumes that anyone who has education can find work, and that anyone with experience will be valued.

I know one person who was told by the Illinois school system that they would never be hired as they would be at the top of their grade and the system could hire two teachers for the price of that one highly experienced teacher.

Second, many Catholics do not want to face suffering of any kind, as if suffering, like the measles, was something one could catch. Indeed, those who suffer loss have told me that the worse thing is being shunned by Catholics who do not want to look at the real faces of suffering.

Third, the real reason for not helping the poor is pride. Pride keeps people fun admitting that they have to help, that God calls them to love and get down and dirty, sacrificing for another person or persons.

A friend of mine told me days ago that the only way one gets a job now in the States is if someone knows someone. No longer is America a meritocracy. So, the poor frequently are out of the loop, do not know rich and influential people. Ergo, they do not get jobs.

Catholics must change their points of view. God will judge those who had enough or even more than enough goods of this world and have done nothing to help those who cannot help themselves for whatever reason.

How rich do you think you have to be before you reach out to one or two of the millions of poverty-stricken people in the States? God's idea of being rich may not be the same as yours.

Four, many Americans think they "deserve" certain things, such as two vacations a year, or a steady stream of new cars, or new clothes, or a certain preoccupation with fine food. Again, living simply is not considered a virtue anymore by those who say, "I worked for this, and I deserve this....!"

None of us deserve anything, as even our wealth is a pure gift from God. 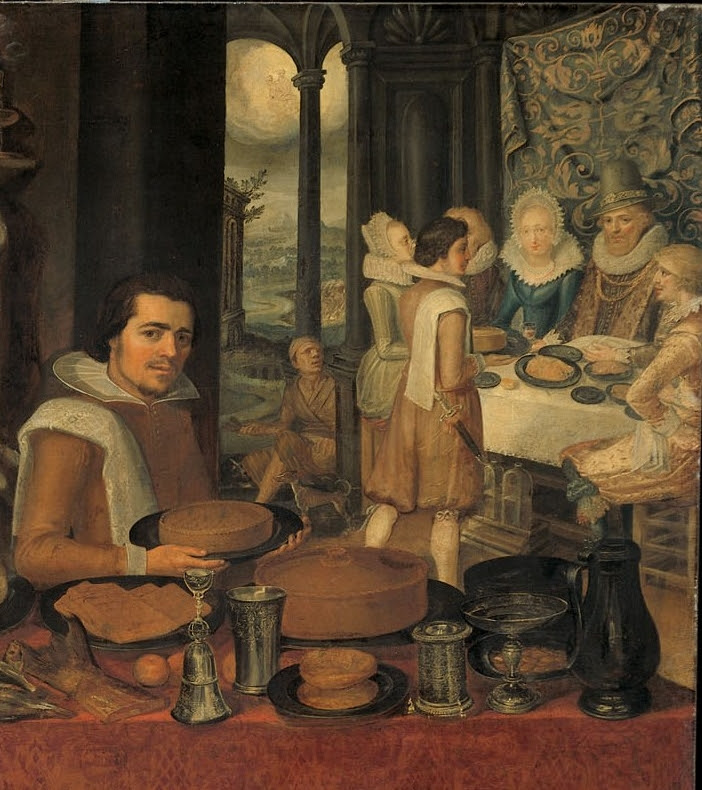 Douay-Rheims
19 There was a certain rich man, who was clothed in purple and fine linen; and feasted sumptuously every day.
20 And there was a certain beggar, named Lazarus, who lay at his gate, full of sores,
21 Desiring to be filled with the crumbs that fell from the rich man's table, and no one did give him; moreover the dogs came, and licked his sores.
22 And it came to pass, that the beggar died, and was carried by the angels into Abraham's bosom. And the rich man also died: and he was buried in hell.
23 And lifting up his eyes when he was in torments, he saw Abraham afar off, and Lazarus in his bosom:
24 And he cried, and said: Father Abraham, have mercy on me, and send Lazarus, that he may dip the tip of his finger in water, to cool my tongue: for I am tormented in this flame.
25 And Abraham said to him: Son, remember that thou didst receive good things in thy lifetime, and likewise Lazareth evil things, but now he is comforted; and thou art tormented.
26 And besides all this, between us and you, there is fixed a great chaos: so that they who would pass from hence to you, cannot, nor from thence come hither.
27 And he said: Then, father, I beseech thee, that thou wouldst send him to my father's house, for I have five brethren,
28 That he may testify unto them, lest they also come into this place of torments.
29 And Abraham said to him: They have Moses and the prophets; let them hear them.
30 But he said: No, father Abraham: but if one went to them from the dead, they will do penance.
31 And he said to him: If they hear not Moses and the prophets, neither will they believe, if one rise again from the dead.