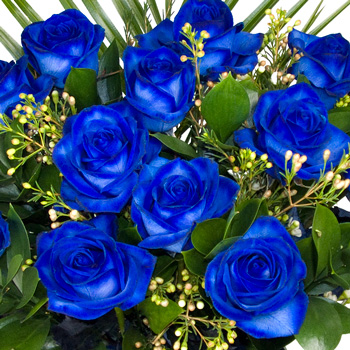 The Book of Divine Consolation of The Blessed Angela of Foligno provides another help for those seeking perfection. The perfection series will continue with some of her thoughts this week.

One of the most important points which the saints make is the absolute importance of poverty. Sadly, especially in , the teaching of poverty has been suppressed by priests, who hardly ever mention this way to holiness.

In fact, I have heard sermons wherein priests have denied that Christ, while on earth, was poor. Of course, this liberal teaching, which emphasizes that Christ was “middle-class” is ludicrous, anti-historical, and against 2000 plus years of Church teaching. In fact, one cannot understand the Incarnation without an understanding of the deep poverty which God allowed His Son to endure by giving up for a time, the power of God. We see this in the Temptation of Christ, a lesson in deep humility. We see this in the beautiful hymn in Ephesians.

Angela of Foligno writes this: “Verily, God spake thus unto me: ‘If poverty had not been a most noble thing…I myself would not have assumed it.’ Certain it is that pride only exist in those who do possess something. For this reason, because they did believe themselves to be possessed of something, came the pride and fall  of the first man and the angel; neither the angel nor the man did possess anything in themselves of themselves, for God alone hate this, and humility is found along those who are poor and who are persuaded that they do possess nothing. Wherefore is poverty a most excellent thing, and God Himself did cause His dearly beloved Son to be more poor than any man ever was before or will be hereafter…”

To deny the poverty of Christ is to deny His Incarnation.

That poverty bring humiliation is something those of us who have experienced poverty can attest is a truism. Especially in the States, where poverty seems to be connected with sin and failure,  all left-over fallacies from Calvinism, which has infected the Catholic Church.

Those who see the value of poverty, notes Angela of Foligno, freely give up things and status. The nuns and monks who give up owing their own personal things, give up any chance of being seen as worthwhile in the world. But, these good people do not care, as they see the goal of finding God and clinging to Him in their nothingness.

Part of being poor is losing confidence in one’s own abilities and self. But, again, this is the truth of our situation in life-that all we have is from God and not ourselves.

Sadly, Catholics do not help the poor, or rarely, passing the job demanded by God for holiness to the State, which neither cares about the poor but only merely wants to create a dependent under-class. To help the poor is to try and confer dignity on those who are poor, so that they can live within their means, but with their own means.

Two aspects of poverty, as pointed out by Angela of Foligno, show us the way to perfection.

One is that people who are poor no longer can be deceived by demons. Why? Because the demons hate the humility which comes from those who no longer rest in their own talents, but rely entirely on God.

The second point clarifies that one who is poor “receive a clear and perfect comprehension and hath a most enlightened understanding of all the matters of this life, so that it can never be deceived the whiles it doth posses this truth. Wherefore do I know that poverty is the mother of all virtues and the revelation of the divine wisdom.”

BTW an Angela sent me this book by Angela of  Foligno, a book rich in wisdom on the way to perfection.