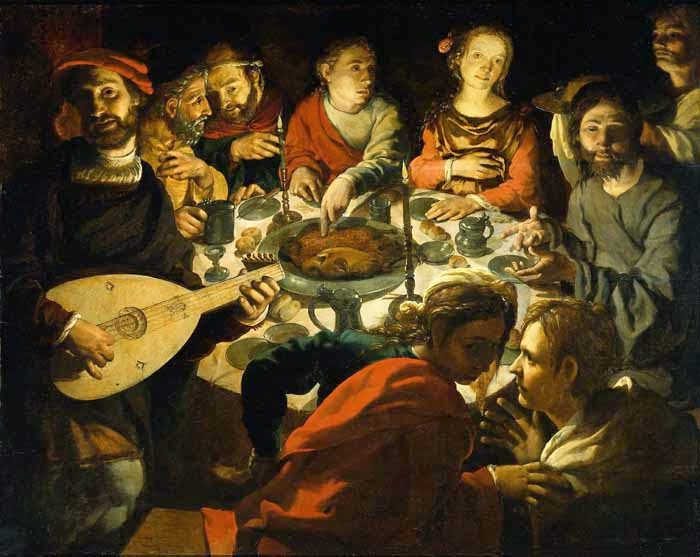 Meditating on this passage from John's Gospel this morning, I had an insight into the moment of the change of the water into the wine. Perhaps some of you have thought of this, but I have not.

Christ took ordinary water, which represents "natural marriage" and turned it into "supernatural marriage" symbolized by the wine. Water is good, but wine brings joy and is good for the heart.

Natural marriages, outside the sacrament, do not last, cannot bear fruit, as these marriages have no sanctifying grace, no healthy property, no real joy. Water changed into wine, the natural to the supernatural, brings the life of God into the very core of the marriage.

The Blood of Christ, given to us at the Last Supper, the beginning of the Passion, is given to us at every Mass in the wine, the unbloody sacrifice at Calvary. His Blood changes our hearts.

Natural blood of humans was sanctified and is by the Incarnation, by the fact that God became man.

Literally, the sacrament of matrimony became so at the Wedding Feast of Cana, by and through Christ, the wine symbolizing His Passion, to road to which began that day through Mary's intercession, making her, indeed, the Mediatrix of all graces.

Mary asked Christ to make wine, but He did more. He made marriage holy, a way to God, the way of salvation for those who choose to make the promise to take each other to heaven.

Christ is the Way, the Truth and the Life, in marriage, in all of our lives. His Blood joins with us, in our relationships, our loves, our trials.

That Mary began Christ's public ministry by asking Him to have pity on the bride and groom, (and some commentaries of old notes it was Nathaniel's marriage, which is why Jesus' apostles were there are guests as well), means that she leads us to Christ through the Cross.

Her request, her being called Woman is echoed at the foot of the Cross, when she agreed to the Passion and Death of Her Son.

For those contemplating marriage, choose the life of the Body and Blood of Christ. Become sacrament to each other. Bring each other to Christ daily, and at the hour of your death.

Water to wine, natural to supernatural, love in and with Christ, makes a true marriage, which will lead one to the Cross, through dying to self and through sacrifice. Such is the sacrament. In this sacrament, one is forced out of self-deception into the light. It is the way of the Dark Night for some, but only to end in Illumination and Union with Christ.

For some, marriage is the combination of great suffering and joy-the Way of the Cross, not because someone is difficult, but because God called one to minister to another. 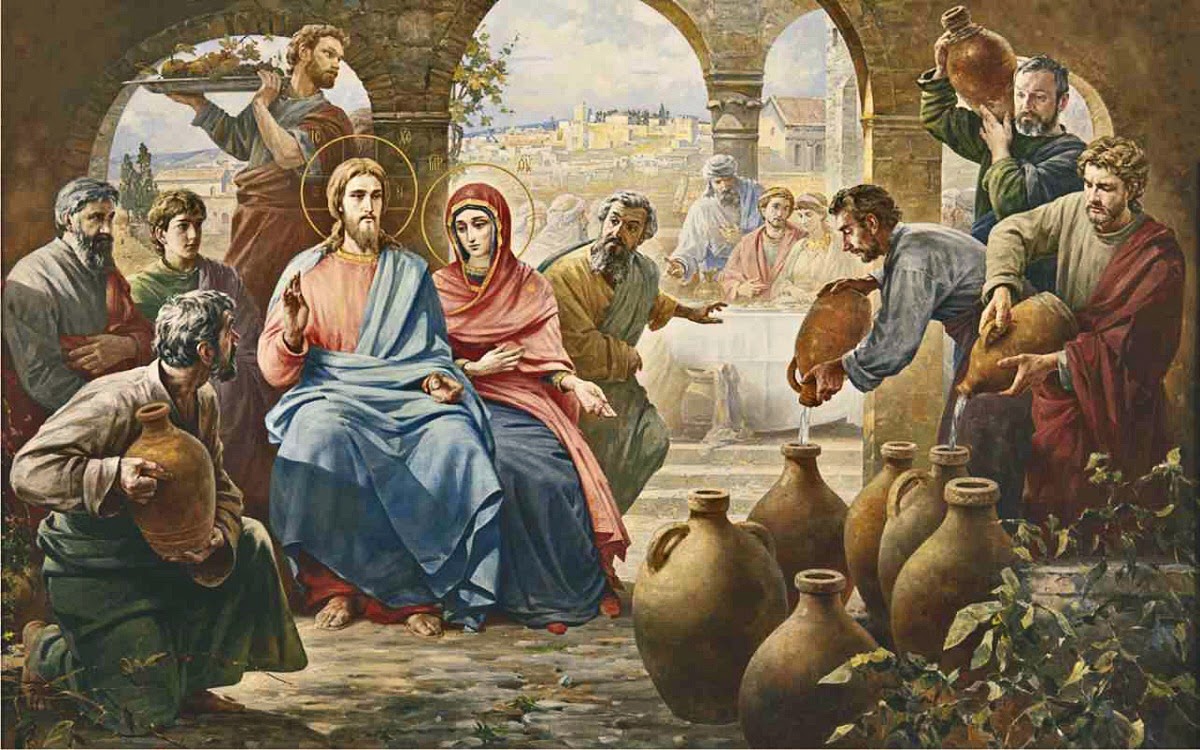